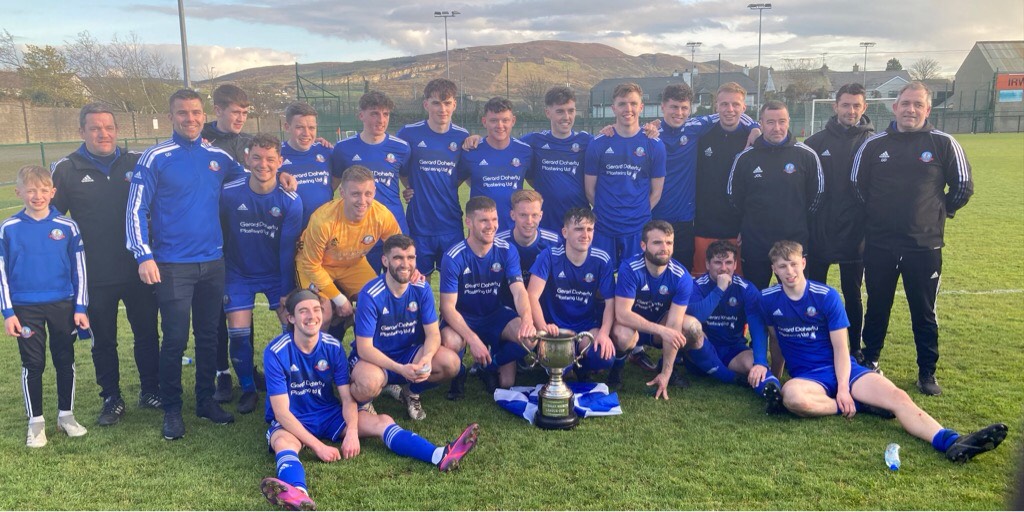 Buncrana Hearts started well and with Kieran McDaid pulling the strings down the right hand side they controlled the ball as Greencastle FC struggled to find any sort of a rhythm in their game early on.

That pattern continued as the half-way stage of the half approached and it was no surprise when Hearts took the lead after what was the best piece of play to that point.

Following a good build-up with several players involved the ball found its way out to Hearts full-back John Timlin and his excellent cross was brilliantly volleyed past James McCallion into the corner of the net in the 25th minute.

That’s the way things stayed until half-time but four minutes into the second-half Hearts struck another blow with their second goal.

Greencastle FC keeper James McCallion had to race from his penalty box to deny Kieran McDaid, he was fortunate to only receive a yellow card for his tackle.

However from the resulting free-kick the keeper was beaten by Kevin Jordan’s curling effort which floated over his outstretched arms into the far top corner of the net, 2-0 to Buncrana Hearts and Greencastle with it all to do.

The game became a bit scrappy after this with neither side able to create much in the other’s half , too many long balls forward from both sets of defences meant creativity was absent from much of the play.

Hearts third goal was another free-kick routine as Bart Wesolowski finished brilliantly after Jordan and McDaid were again involved in the 80th minute.

Fittingly Kieran McDaid rounded off this excellent Buncrana Hearts performance when he raced clear of the defence on to a long ball forward and beat keeper McCallion with a delightful lob over his head.

It rounded off a super Hearts performance in their hometown to secure the League cup on a 4-0 scoreline. 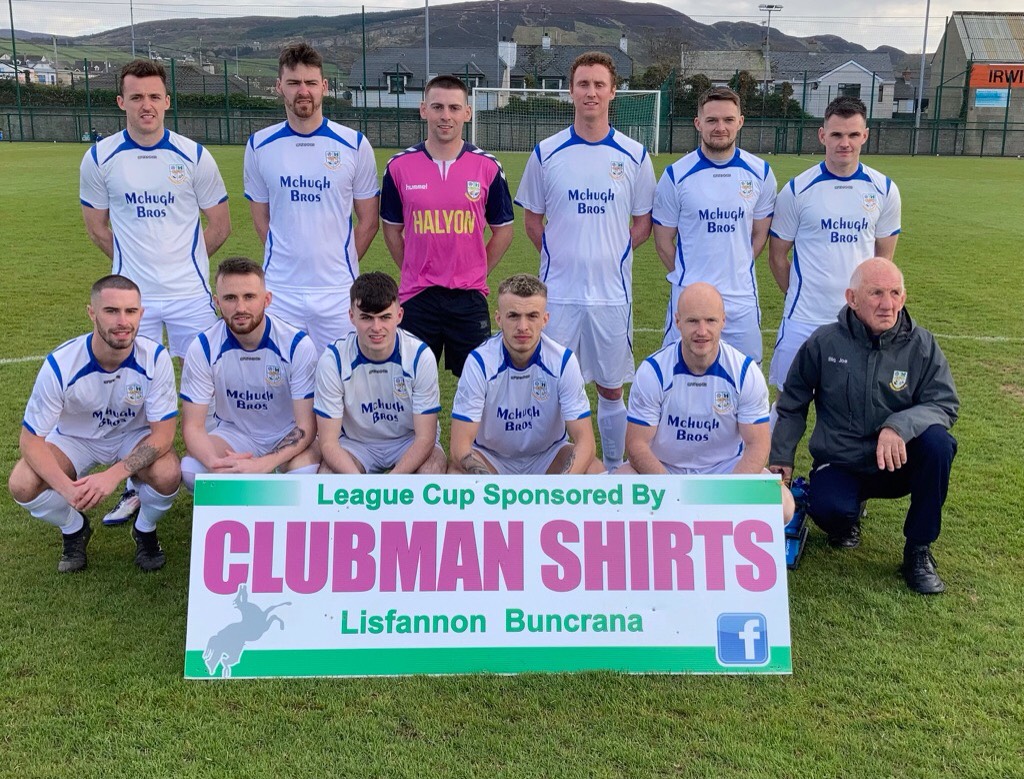