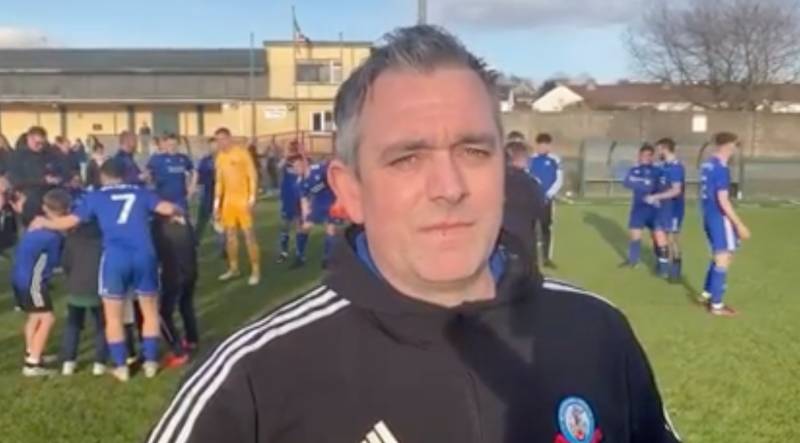 James McCallion opened the scoring early on and tactics paid off as it was something Duffy said his side worked on in the build up to the game.

Duffy said: “We know the strengths Greencastle has, we’ve worked at that for the last couple weeks and thankfully at the start of the game it went in our favour and we got an early goal.”

“We were disciplined and ruthless also, squeezing high up the pitch and to be fair to the boys I couldn’t fault any one of them from one to eighteen tonight.”

While it was 1-0 at half-time, Hearts quickly doubled their lead from a Kevin Joran free-kick before scoring two late goals through Bart Wesolewski and Kieran McDaid.

Duffy added: “We knew they were going to come out and change something and up it a gear so we had the boys well warned.

“Kieran McDaid had a super run, keeper came out, caught him late and what a free-kick by Kevin Jordan.”