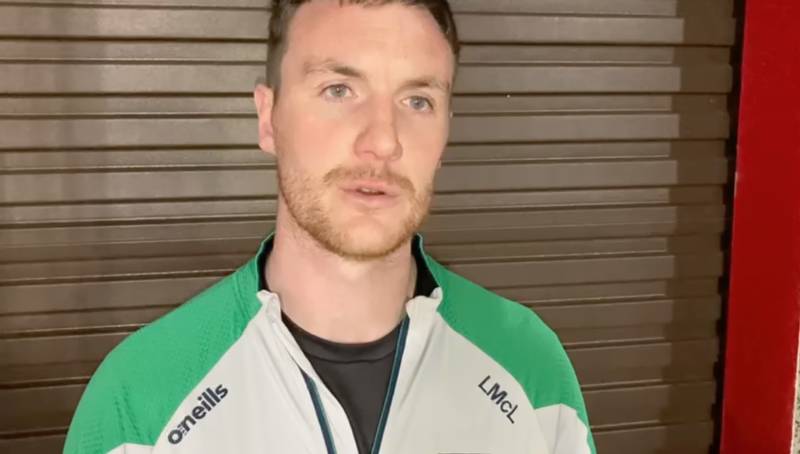 Leo McLoone was disappointed but proud as Donegal Under-20s suffered a tough late goal in extra-time of the Ulster semi-final to lose 3-16 to 2-16 to Tyrone.

“The boys are very disappointed there, really feel for them because they put in so much work into it.

“I think it was a great game of football from start to finish.”

Donegal were on the back foot from early on but constantly clawed back the result to take the game to extra time and Conor Cush scored a goal a couple minutes before the end.

But McLoone believes it’s not the last people will have seen of a lot of these players in a Donegal shirt:

“From management point of view we’re just so proud of the players, there was a goal in extra time against the run of play.