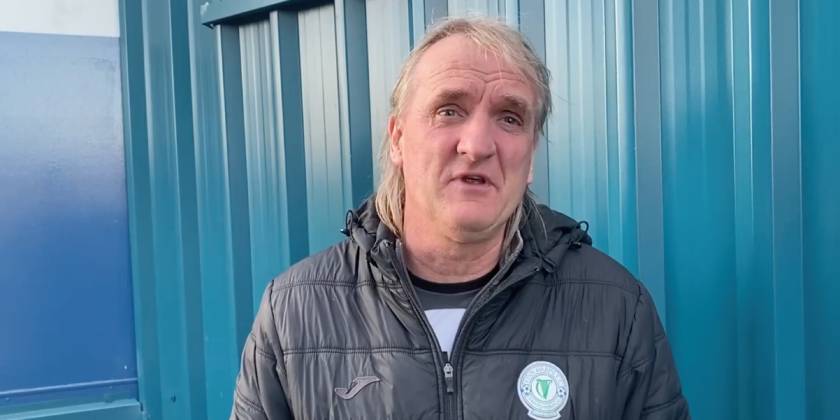 Ollie Horgan was left disappointed after Finn Harps lost 2-1 to Derry City but was positive about the second half performance.

Cameron McJannett scored a header from a corner kick after 20 minutes, similar to how Shamrock Rovers took the lead at Finn Park eight days ago as they went in 1-0 up at half time.

Horgan said: “Overall they deserved to win it, we’re disappointed in the way that we conceded the goal and the way the first half went for us, that second half we were a lot better.”

Finn Harps threatened in the second half as Ryan Rainey went agonisingly close and David Webster had a header hit the crossbar.

But Derry went 2-0 up through a Will Patching free-kick with minutes to go. Harps would get one back through Filip Mihaljevićs added time penalty.

Horgan added: “You can see what Derry have, they’re top of the table for a reason.

“They’re a better side than last year, we’re rebuilding. There is a gap and we tried to close it in the second half and I think we did.”

Harps face Bohemians next Friday at Dalymount Park in the next league game.