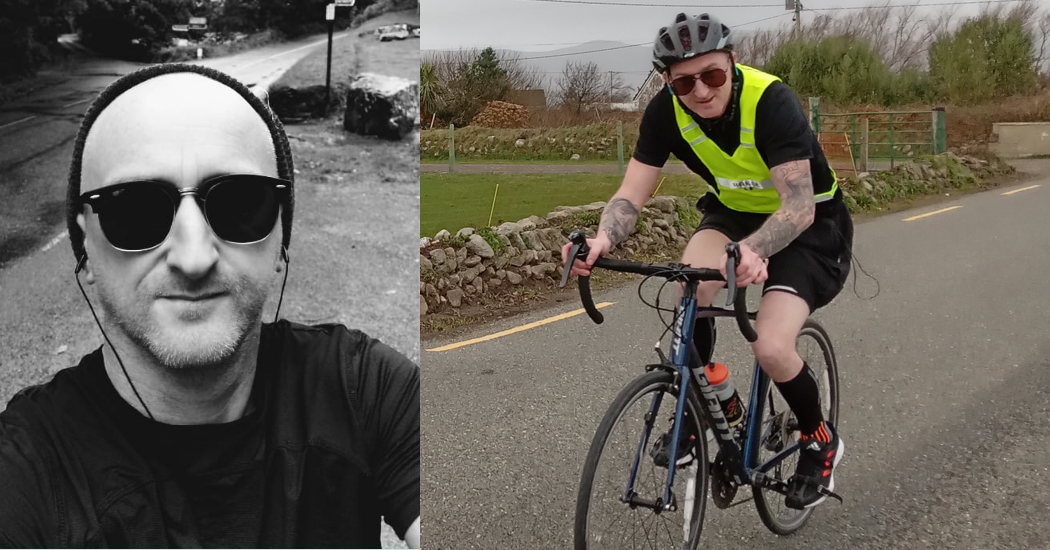 An intrepid Kerry man is cycling from Donegal to Kerry later this month to raise vital funds for The Alzheimer Society of Ireland and Crumlin’s Children’s Hospital.

Steve Boyle, a native of Cahersiveen, currently working in Newbridge, Co. Kildare aims to cycle and run 420 km from Donegal town to the village of Glenbeigh, Co. Kerry over three days from 29th April to the 1st May. He departs Donegal Town on Thursday 29th April at 8 am and hopes to be in Claremorris Co. Mayo no later than 6 pm.

Steve says: “My reason for doing this event for The Alzheimer Society of Ireland is simple., Having seen friends and family affected by dementia and watched people I love lose their lifetime memories over time and the lasting effect it can have on family and friends, I wanted to do something worthwhile”.

While training has been very enjoyable on the Kerry and Kildare roads, it has also had challenges. However, Steve‘s support has been brilliant and has given him that extra drive to complete the challenge.

Steve continues, “I am doing this not only to raise funds for two worthy charities but also to challenge myself, mentally and physically”.

Steve has set up an iDonate page at the following link https://www.idonate.ie/stevescyclerunsouth2022. You can follow Steve’s progress on the Instagram and Facebook pages by searching Steve’s Cycle Run South.