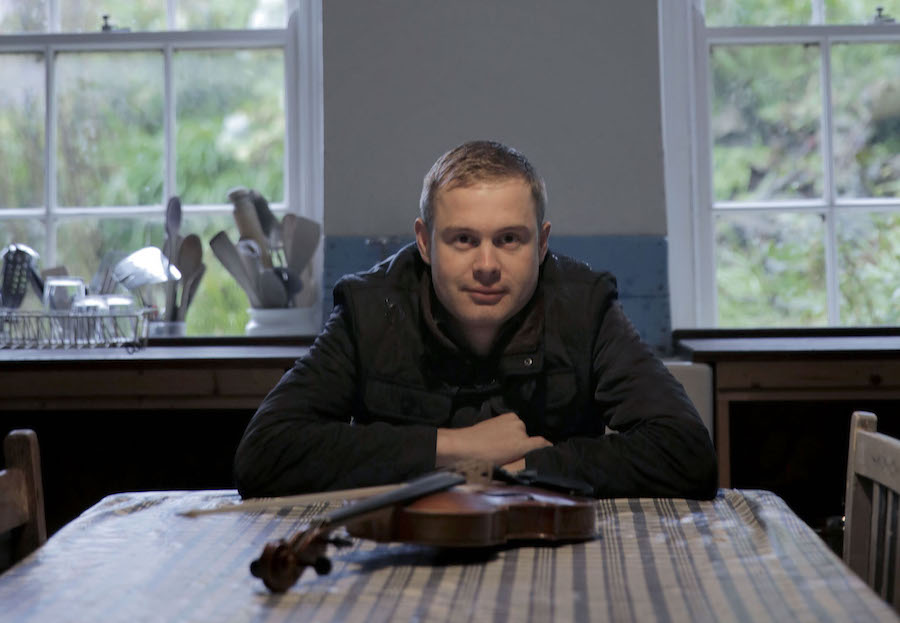 RTÉ Raidió na Gaeltachta have announced that renowned Donegal musician Ciarán Ó Maonaigh is to present a new music series on the station, starting on 28 April.

The programme, Ceol a’Ghleanna, will be broadcast every Thursday at 7 pm, featuring Ciarán’s own choice of music, including archive material from some of the giants of the tradition, as well as contemporary albums, with a particular Donegal interest.

“It’s a great honour for me to present this new programme from northwest Donegal, particularly in this special 50th year of broadcasting for Raidió na Gaeltachta. I’m looking forward to sharing some of the music that has had the greatest impact on me since I began listening to the radio as a young boy many years ago.”

Ó Maonaigh is an award-winning fiddle player and TV director from Gaoth Dobhair.

He grew up immersed in a musical family, and was heavily influenced in particular by his grandfather and teacher Francie Mooney, and Altan members Mairéad Ní Mhaonaigh and Frankie Kennedy.

A recipient of TG4’s Young Musician of the Year in 2003, Ciarán works as a solo performer, and also playing in duet with his wife Caitlín Nic Gabhann, a dancer and concertina player, as Caitlín & Ciarán.

He’s also a member of several bands including The High Seas, with Caitlín and Cathal Ó Curráin, and Fidil, alongside Aidan O’Donnell and Damien McGeehan, with whom he has released four albums. In the television industry, Ciarán works mostly in the field of music documentary.

He has directed the last five series of ‘Sé Mo Laoch documentaries on heroes of Irish traditional music for Aniar TV, Sibéal Teo & TG4. Other director credits of his include an acclaimed documentary on his late grandfather entitled Francie Mooney – Áit i Mo Chroí.

Damien Ó Dónaill, Regional Manager in Donegal, said “We’re very happy to be adding to the output from the station here in Donegal with this new music programme, and to have a musician of Ciarán’s calibre behind the mic is fantastic.

“There has been a great surge in interest in music in this county in recent years. We see here on our doorstep the wonderful work of An Crann Óg for young people, and we have groups like Clannad, Altan, Clann Mhic Ruairí, The High Seas, and many more, keeping and building on the tradition. We look forward to hearing more great Donegal and Ulster music on Ciarán’s new programme.”

Ceol a’Ghleanna will be broadcast every Thursday evening at 7 pm on RTÉ Raidió na Gaeltachta, starting on 28 April.