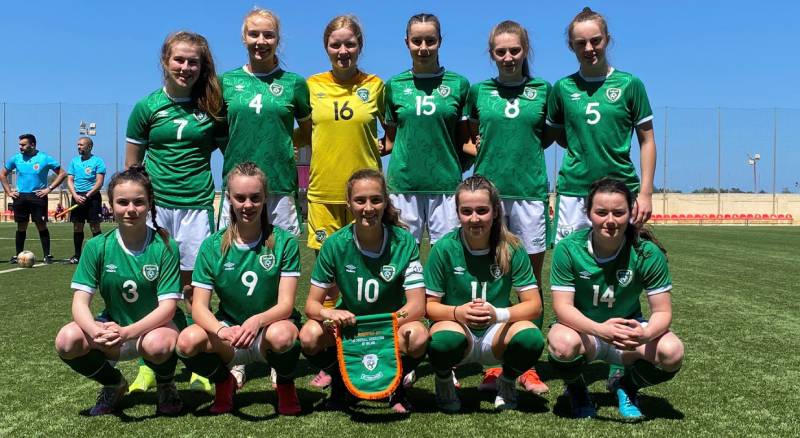 Jodie Loughrey scored and captained the Republic of Ireland under-16 side which flawlessly topped their group in a Development Tournament in Malta.

The Buncrana woman got her second goal in as many games as they emphatically defeated the tournament hosts 8-0 yesterday.

Loughrey also scored at the weekend in a 4-0 win over Lebanon as the girls had a fantastic campaign, scoring 16 goals in their three games, and conceding none.

They began the tournament last Thursday with a 4-0 win over Turkey.

Loughrey, who plays for the Donegal Women’s League in the Under-17 Women’s National League, got the 5th goal of the game after a Lia O’Leary first half hat trick, followed by a Grace Flanagan goal.

Fiana Bradley and Aoibhe Fleming added to the score before Flanagan got her second and Ireland’s eighth.

Loughrey will be in action for Scoil Mhuire Buncrana in the upcoming FAI Schools Junior Girls National Cup All Ireland final.