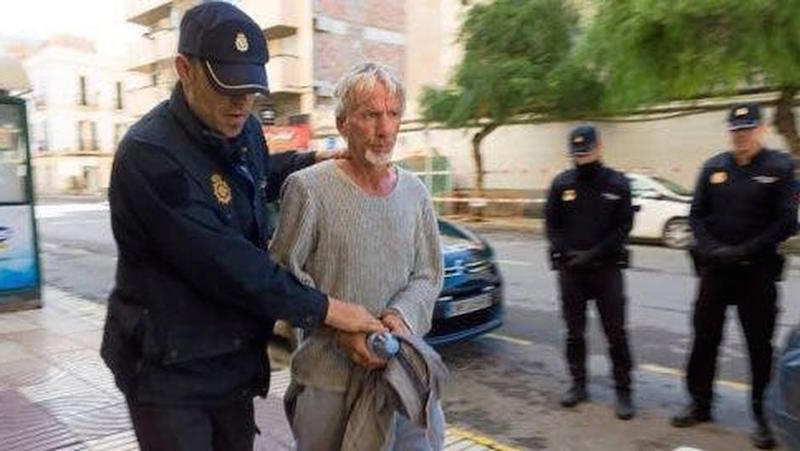 A well-known Donegal man has been arrested in Spain in connection with an allegation of sexual assault in 2018.

Michael Murray, from Letterkenny, was detained by Spanish authorities after his accuser spotted him walking down the street, four years after the incident.

The 58-year-old (pictured above when he was initially arrested) is well known in Donegal sporting circles and was considered a very talented footballer.

Murray, who described himself as a ‘spiritual psychologist’ had previously been charged in a separate case with sexual assault and kidnapping during a court appearance in March 2018.

However, he vanished after the hearing and Guardia Civil were unable to locate him.

It is alleged that he had kidnapped a woman for three days. She escaped and took refuge in a nearby shop before spending two days in ICU.

The Olive Press in Spain reported that Murray had no ID but was identified through a police check.

Police sources say he moved around living in “substandard housing” like a “homeless man.”

Prior to his arrest in 2018, he worked as a “guru” at an Ibiza based organisation described by authorities as a sect.