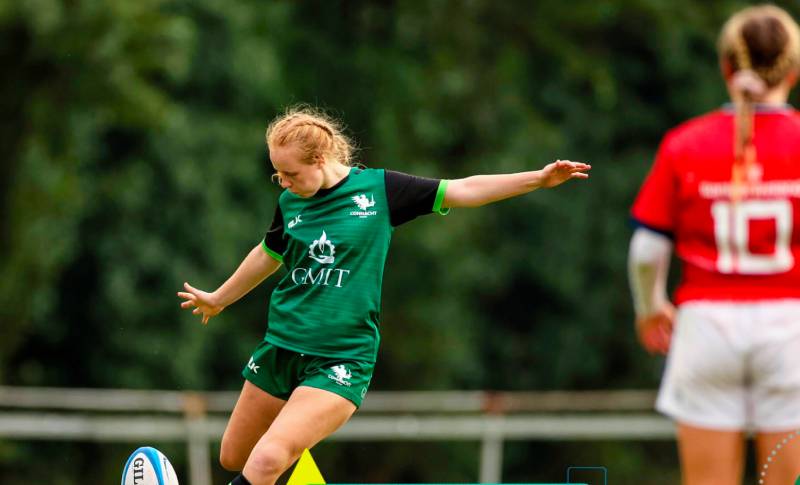 Seven girls from Donegal have been selected for Ulster in the under-16 and under-18 7s squads for the Interprovincial 7s Series.

Bunrana’s Molly Boyd and Burt native Sadhbh McGrath, who play for City of Derry have been called into the under-18 squad along with Letterkenny Rugbys Isabelle McNally-Grant, Sophie Speer and Maebh Clenaghan.

A further two Letterkenny players made the under-16 squad, with Eimear Gallagher and Kate Farrell being called up.

The squads were selected following open trial sessions which were held throughout the province. Players chosen have since been training over the period of 4 weekends at the Mid Ulster Sports Arena in Cookstown.

The Interprovincial 7s Series will take place over Saturday the 23rd and Saturday the 30th of April at the IRFU High Performance Centre in Dublin.