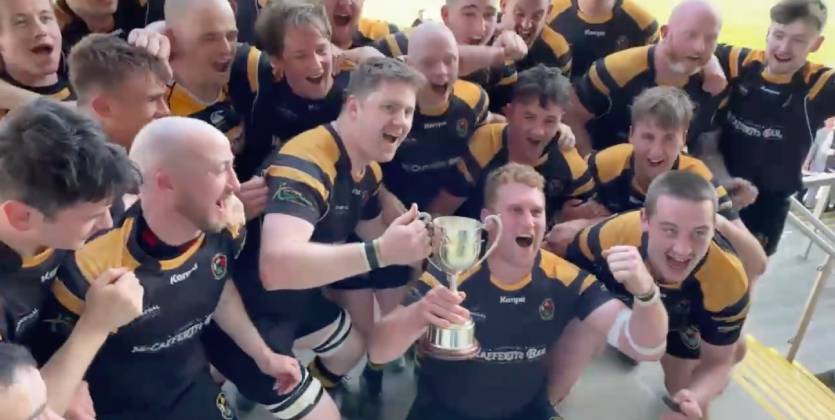 Letterkenny Rugby Club defeated Monaghan 11-10 in the final of the Gordon West Cup thanks to a Peter Scott drop goal with the last kick of the game in Ravenhill.

Paul O’Kane and Ally Ferguson’s men had their work cut out for themselves at half-time as they were 10-0 down after a Cristopher Brady try was converted by Gareth Graham after 26 minutes. Graham kicked over a penalty five minutes later.

But Letterkenny weren’t to be beaten easily and Ben Galbraiths penalty on 50 minutes gave them hope of a comeback.

Monaghan were pinned back and defending for their lives but Letterkenny got their reward when Keenan Barrett got the ball over the line and gave Galbraith a chance to level the game.

His kick came back off the post however and with a few minutes left, Letterkenny looked to have lost their chance.

But they were defiant and kept on the pressure until the end of the game and with one last half chance, out-half Peter Scott took possession of the ball and coolly slotted a drop goal attempt between the posts in the final kick of the game, sending the Donegal club wild.

Commiserations to @MonaghanRFC after a tense final at Kingspan Stadium pic.twitter.com/t8Q8OKb72S