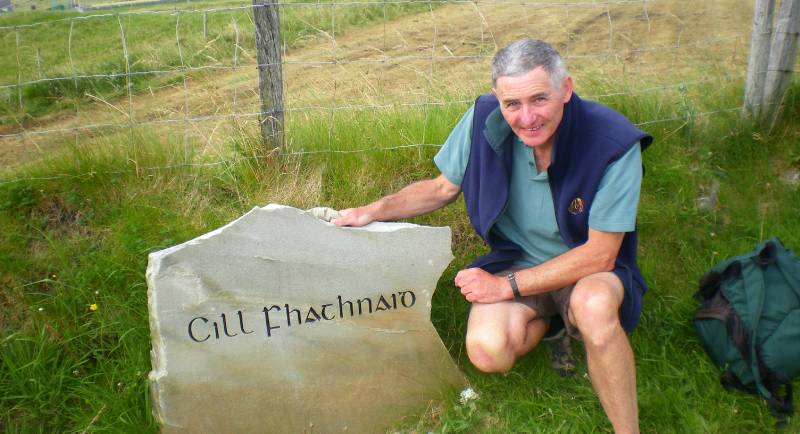 Tony was a dear friend of Gleann Cholm Cille and a vital part of the team in Oideas Gael. Tony first came to Glen in the 1970s and later spent more than 30 years as a hill walking instructor with Oideas Gael.

At home, in his native Liverpool, Tony worked tirelessly to promote the Irish language and Irish culture.

Oideas Gael will celebrate Tony’s life by gathering together those who knew him for a weekend devoted to some of his greatest passions, including the Irish language, the environment, hill walking and Irish traditional music. 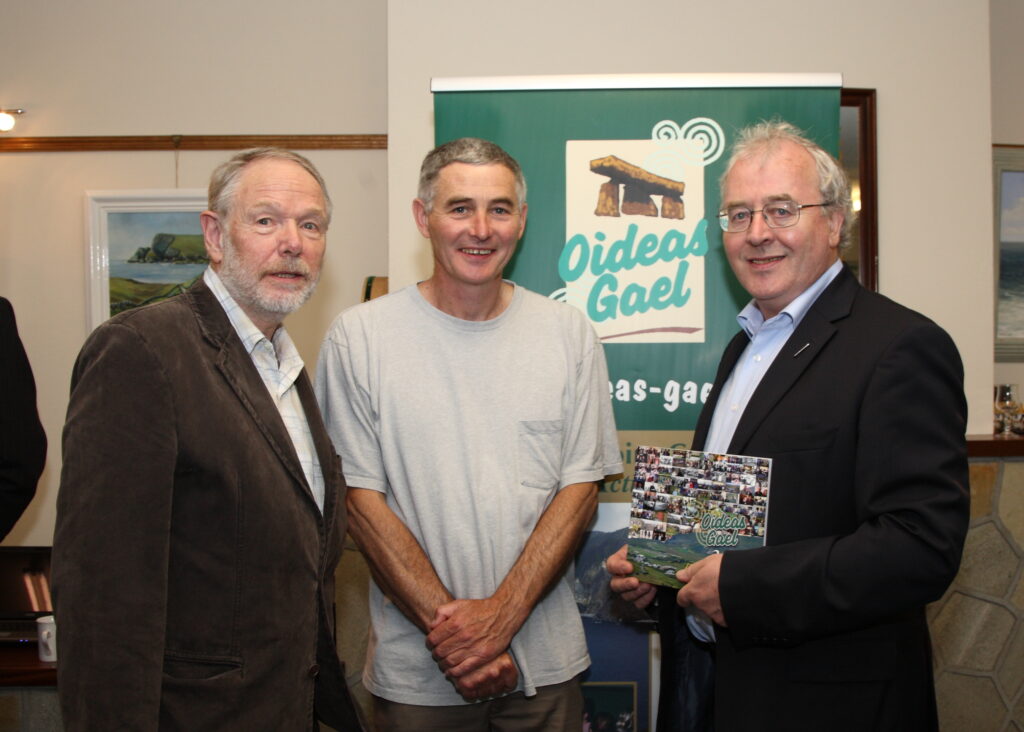 All proceeds from the weekend will be donated to two charities, Woodlands Hospice Liverpool and Donegal Mountain Rescue. The charities were chosen by Liam Birtill, Tony’s son.

Born in Liverpool, Tony was the son of Julia (née Daly), a nurse from Co. Meath, and Joe Birtill, a chemistry teacher.

In the 1980s he took up the study of the Irish language, having previously heard it spoken by his mother and among the Christian brothers at his school.

He later began teaching the language at the Liverpool Irish Centre and other venues in the city. In the 1990s he re-established a now thriving branch of Conradh na Gaelige in Liverpool.

A qualified mountaineer, Tony will be best known by locals and visitors to southwest Donegal as the driving force between Oideas Gael’s hugely popular bilingual hill walking courses where, after an initial programme in 1991, he led hill walking groups for 30 years.

According to Oideas Gael Director and co-founder Liam Ó Cuinneagáin: “As a guide and mountaineer, Tony had extensive experience and in-depth knowledge of the landscape and environment of the Sliabh Liag peninsula and he shared his expertise freely.

“In England, he was a tireless activist for the Irish language and Irish emigrants. On a personal level, his passing is a huge loss to our community and we are happy to be able to celebrate his life and achievements this weekend.”

Tony Birtill was also a regular contributor to Irish-language publications Foinse, Beo.ie, Lá and Tuairisc.ie, as well the Irish Post and Liverpool Echo, and was often heard on RTÉ Raidió na Gaeltachta or Nuacht TG4.

A second edition of his book A Hidden History – The Irish Language in Liverpool / An Ghaeilge i Learpholl, charting the history of the Irish language and the Irish emigrant community in Liverpool, was published in March 2021.

Those looking to participate in our celebration of Tony’s life, 30 April–1 May, should register at http://www.oideasgael.ie/en/tony/ or by calling Oideas Gael at (074) 97 30248 Those who cannot join us in person, may wish to make a donation to one of the charities chosen by Liam Birtill, Tony’s son: Woodlands Hospice and Donegal Mountain Rescue Team: https://online.oideasgael.ie/tony/