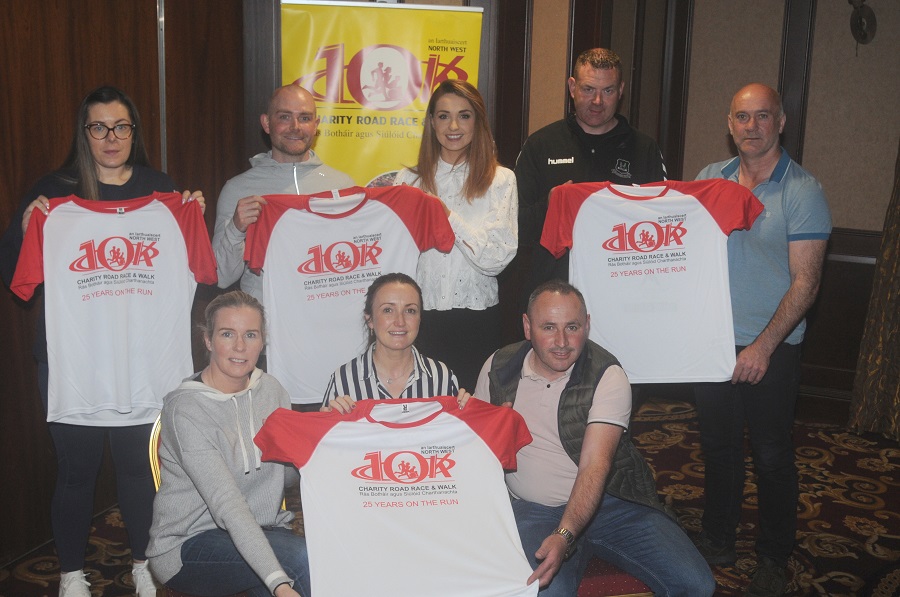 All you need to know about the 25th North West 10K

The countdown is on to the 25th North West 10k which takes place on the Bank Holiday Monday, May 2nd in Letterkenny at 11 am.

It’s a new date and an earlier start time for a charity event that was run for the first time on the 10th of May 1997.

Donegal Person of the Year Noel Cunningham has been confirmed as the special guest who will fire the starting gun to set the runners and walkers on their way in the special 25th anniversary North West 10k next Monday.

The North West 10k takes place next Monday at 11 a.m. in Letterkenny. It’s the 25th anniversary and Neil Martin is encouraging walkers and runners to come out on Bank Holiday Monday and be part of a special milestone event.

“We have had 24 great years, many memorable events supporting 36 charities. For people like the first Chairperson Charlie Kelly and the original committee it must be a very proud time for them to see the North West 10k being staged for the 25th time on Monday. Indeed for all the past committee members this is something that must give them great satisfaction to see 10k now celebrating its 25th anniversary. They all gave great commitment to it on a totally voluntary basis. I want to thank the current committee for the trojan work put into organising the 25th. It began last September and will continue until Monday afternoon when we tidy up after the event. I want to sincerely thank our five sponsors this year Brian McCormick Intersport, Century Complex, Donegal Daily, Mount Errigal Hotel and the Value Centre. Their support has made our job a lot easier and gives the three charities more money to support their members” Mr Martin said.

Entries are continuing online for the North West 10k. Go to northwest10k.com to register or click on the link: https://www.njuko.net/nw_10k_2022 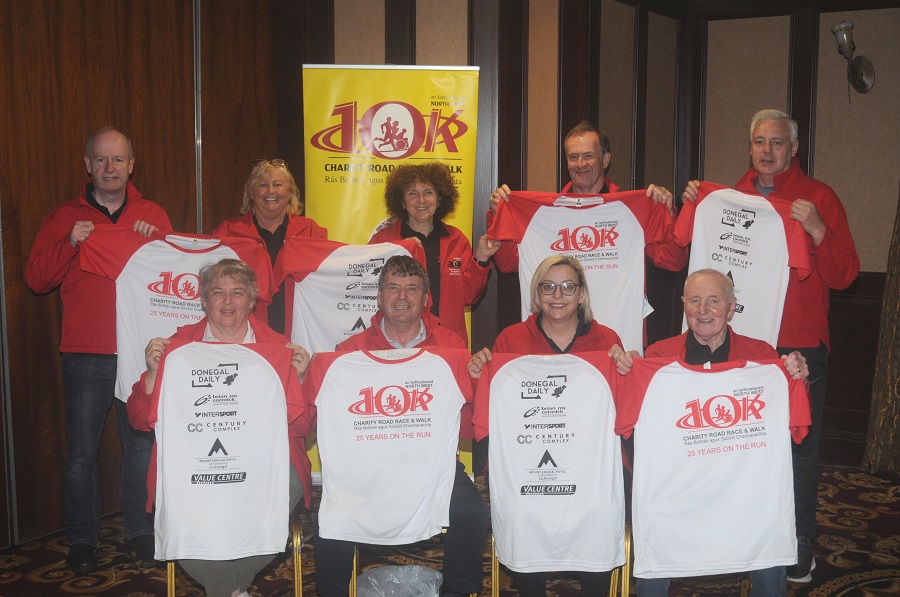 The North West 10k office will also open for registrations next Saturday and Sunday from 3-6 p.m at the Letterkenny Community Centre.

Runners and walkers who have already registered online are encouraged to pick up their 10k T-shirts and numbers at the Community Centre during these times on Saturday and Sunday to avoid delays on Monday morning. Registrations will be taken on Monday morning from 8am and closing at 10 am sharp. A reminder also that the race and walk starts at the earlier time of 11 am.

All you need to know about the 25th North West 10K was last modified: April 27th, 2022 by Rachel McLaughlin
Facebook0Tweet0LinkedIn0Print0