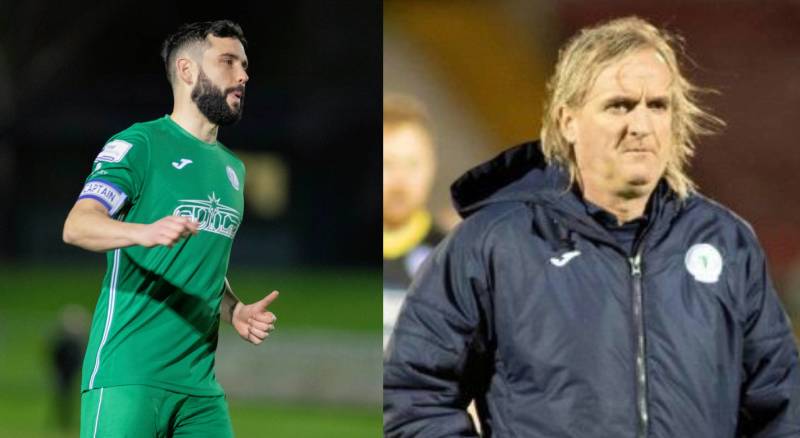 The defender suffered a serious knee ligament injury in the 2-2 draw against Bohemians at Dalymount Park and had to be replaced after half an hour.

He will now miss the rest of the season due to the severity of the injury.

Horgan said: “The fact he went down with no one around him raised alarm bells. We were hopeful it wasn’t a cruciate ligament but unfortunately it was and it’s a serious blow for him and for us.

“There’s no pretending it’s run of the mill, he’s a massive loss to us and we’ll just need other people to step up to fill that gap.

Webster took over as captain in 2021 when Gareth Harkin left. The former Bray Wanderers, Shamrock Rovers, Waterford and St. Pats defender is in his third season at Finn Park.

Finn Harps welcome Shelbourne to Finn Park on Friday night as they go in search of their first home win of the season.

Horgan’s men won 3-0 at Tolka Park earlier in the season with goals from Ethan Boyle, Conor Tourish and Eric McWoods.