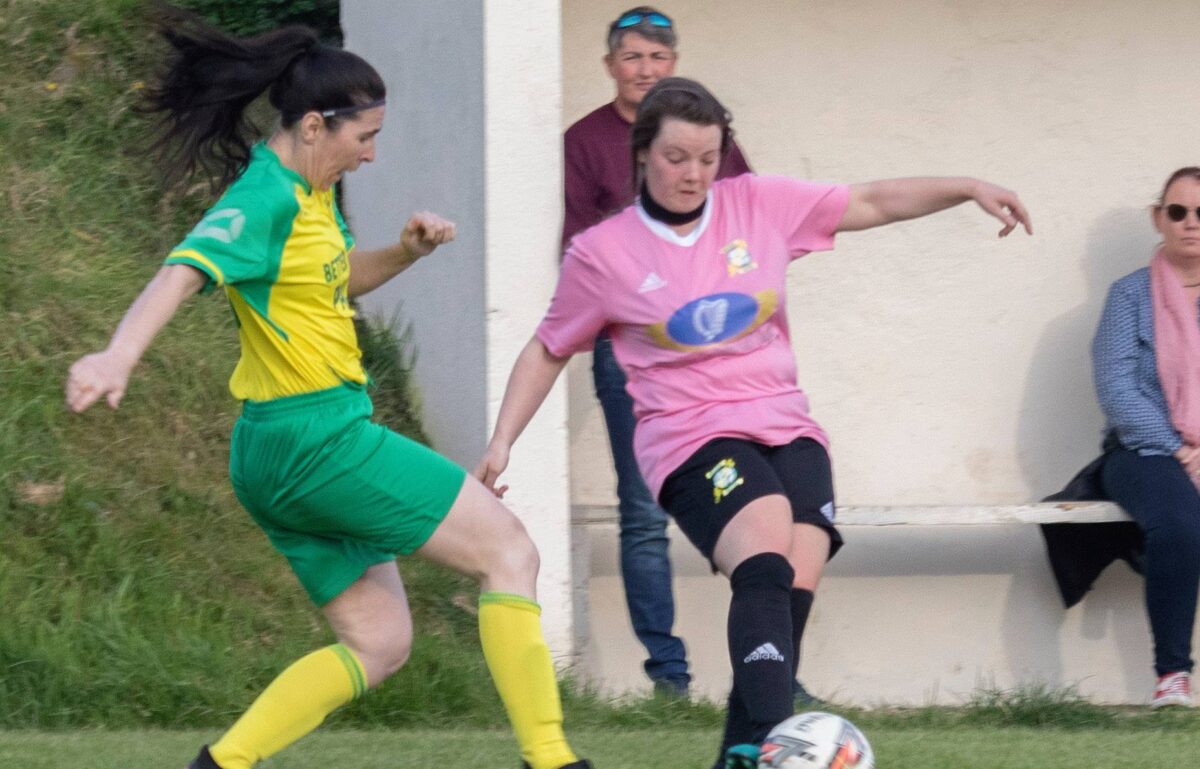 Bronagh Gallagher was the hat-trick hero as Bonagee United booked their place in the quarter-finals of the Women’s FAI Intermediate Cup.

Bonagee came from behind with a superb second half display to advance. 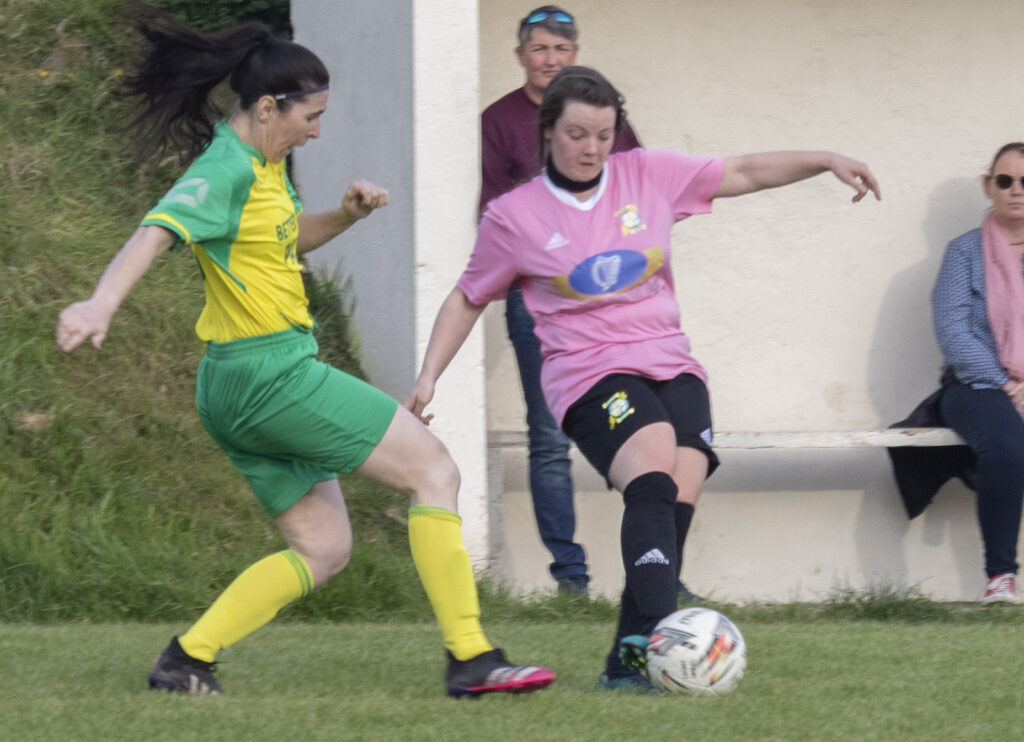 The Dry Arch side had lost to Lagan two weeks ago in the Donegal Women’s League, but they turned the tables at Orchard Park.

It had been a cagey opening, but Lagan led on 35 minutes when Tammie Kerr turned inside the Bonagee defence and fired across to the far corner of Catherine Fletcher’s net. 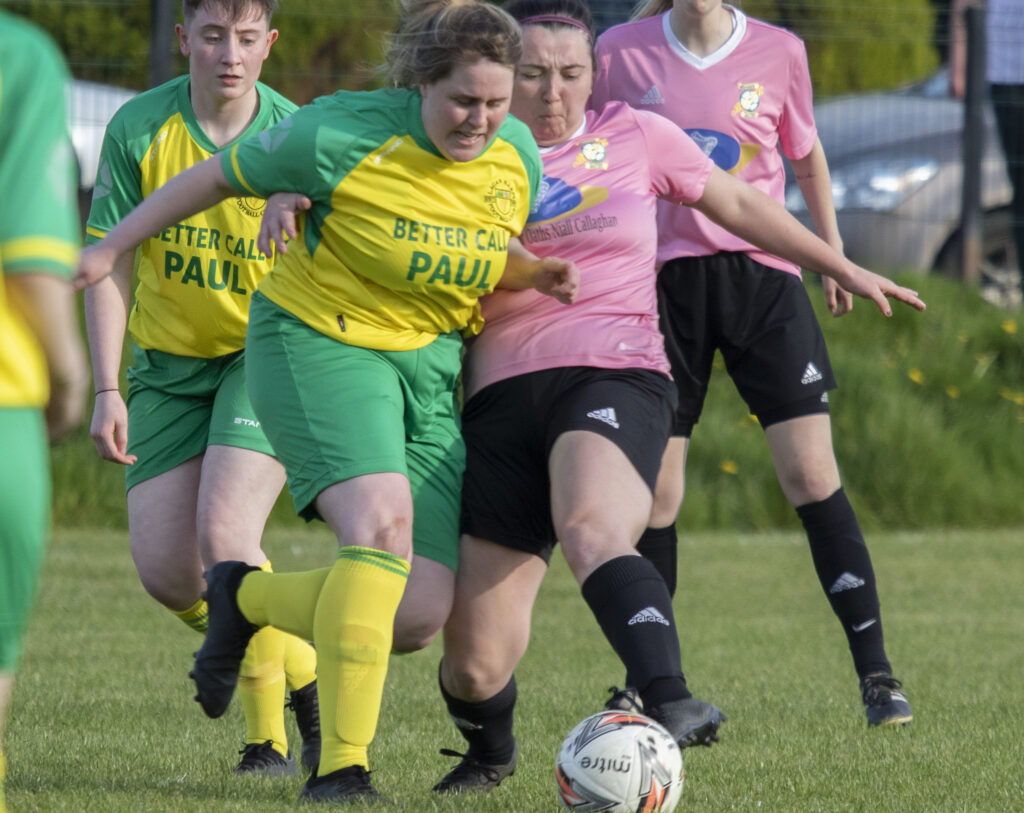 Kerr had an earlier effort from a similar position fly wide of the mark, but the goal was neatly finished.

Bonagee’s responded and were level by half-time. Gallagher robbed possession back on the edge of the box and riffled home beyond Georgia Rudden. 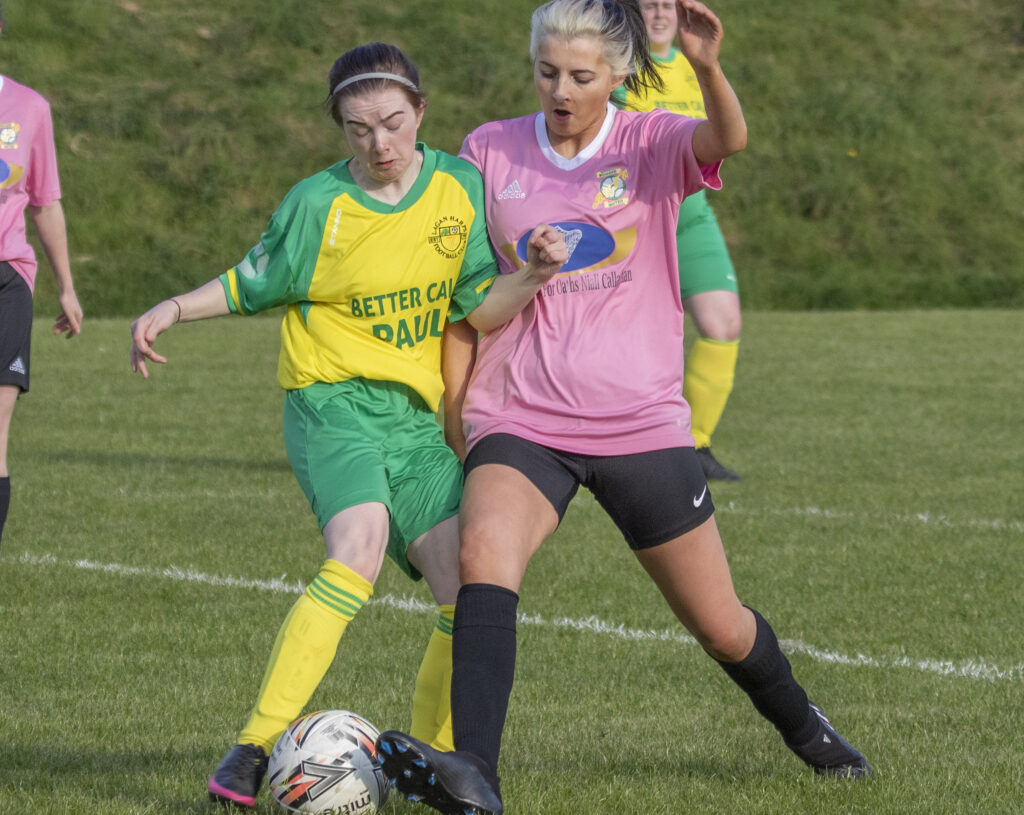 Lauren Harper’s free was saved by Rudden while Amanda Callaghan saw a looping effort held by the Lagan goalkeeper.

Bonagee, with young Hannah Hopkins excellent on the right-hand side, began to get on top but it was all square at the
break. 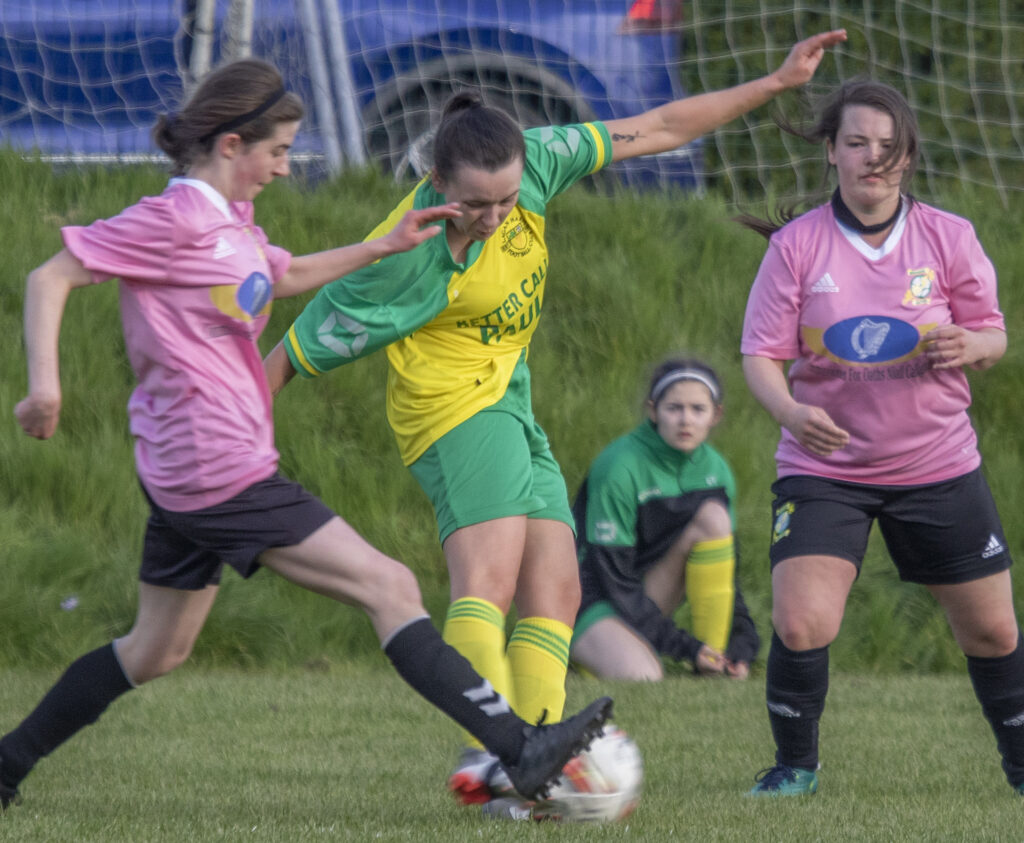 Chris McNulty’s Bonagee emerged from the second half like a team on a mission.

They were in front within two minutes of the re-start when Gallagher brilliantly tucked home. 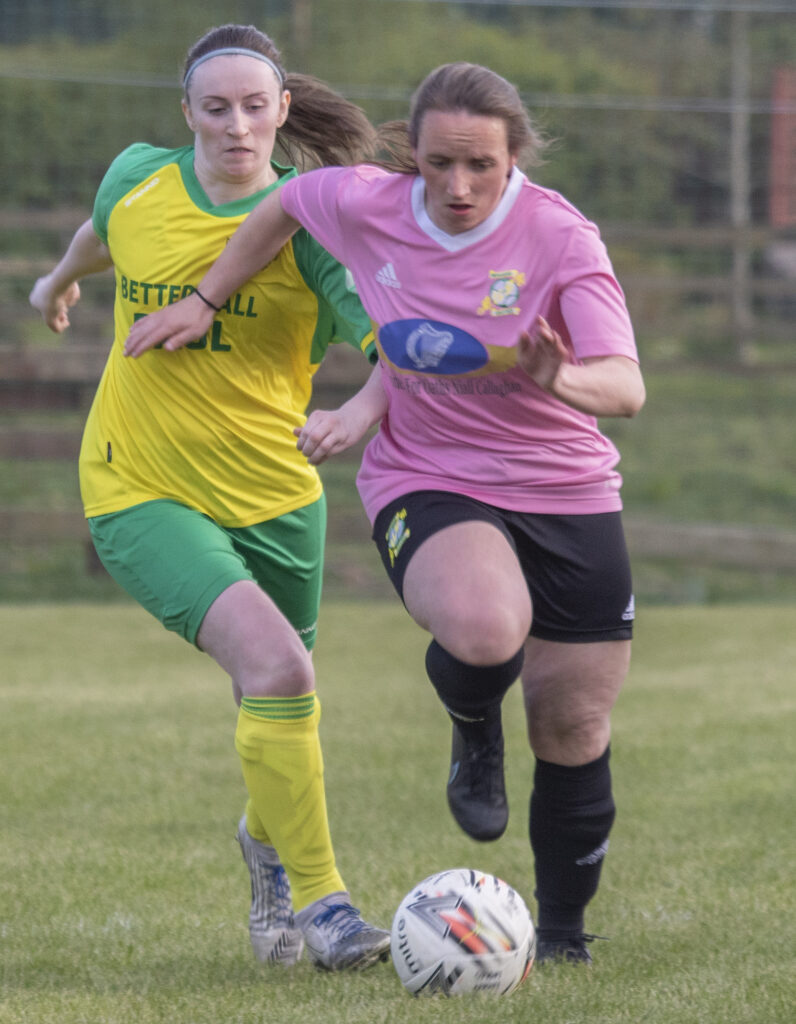 Sweeney deliciously looped over Rudden, her effort planting neatly inside the post. 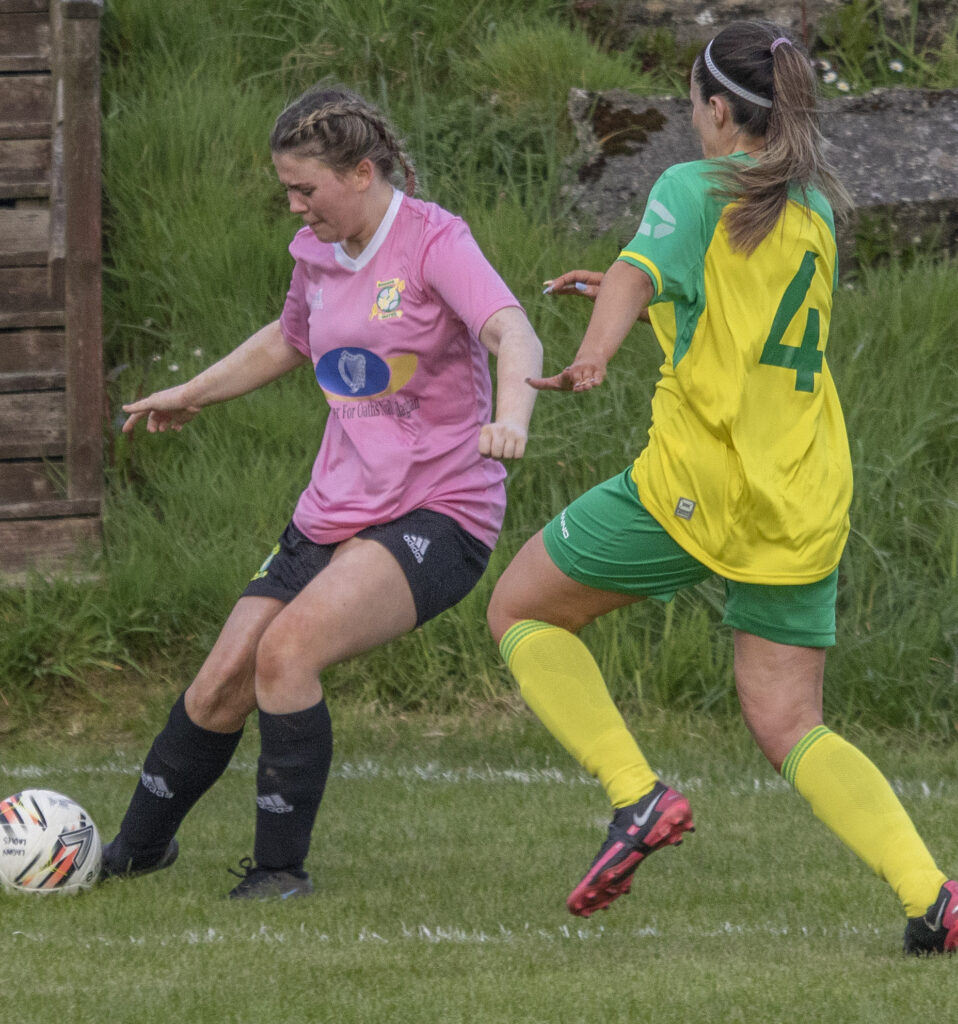 Led by Shannon McBride in a deep-lying midfield role, Bonagee were energised now. 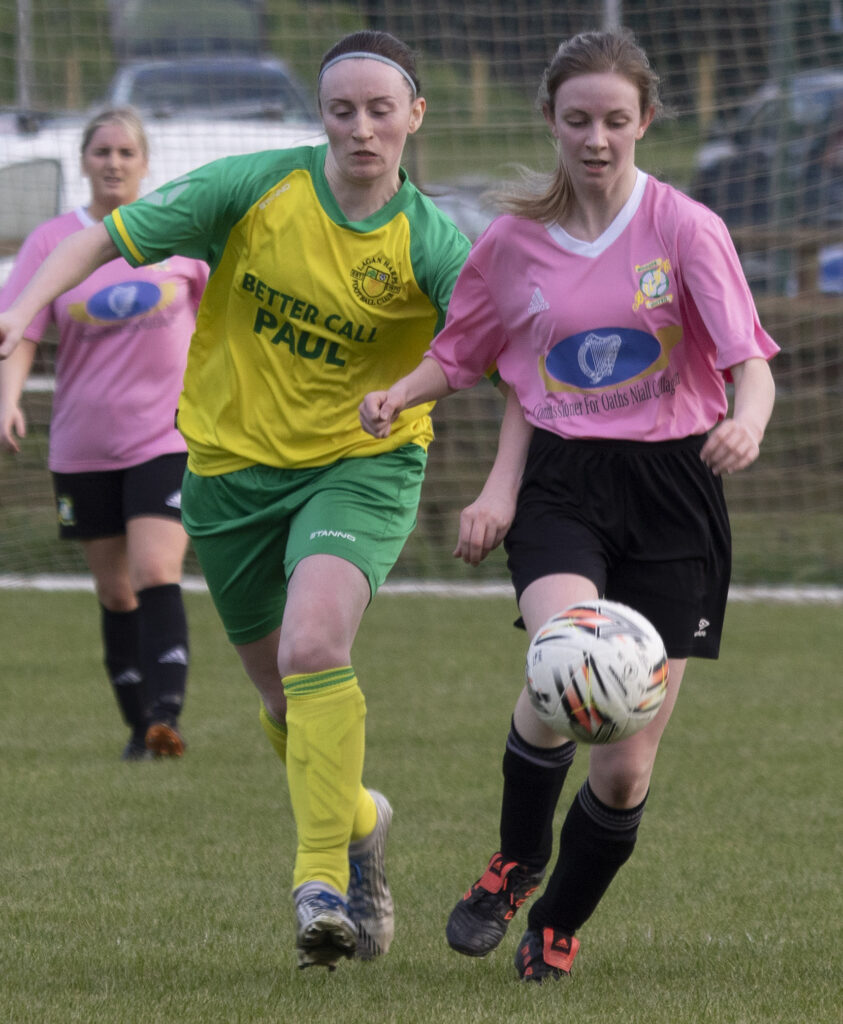 Fletcher saved an effort from Orlaith Connolly as Lagan sought a way back into it.

However, Bonagee sealed the deal on 64 minutes. When Gallagher took the ball on the edge of the area, the outcome seemed inevitable and she hammered home to complete her treble.