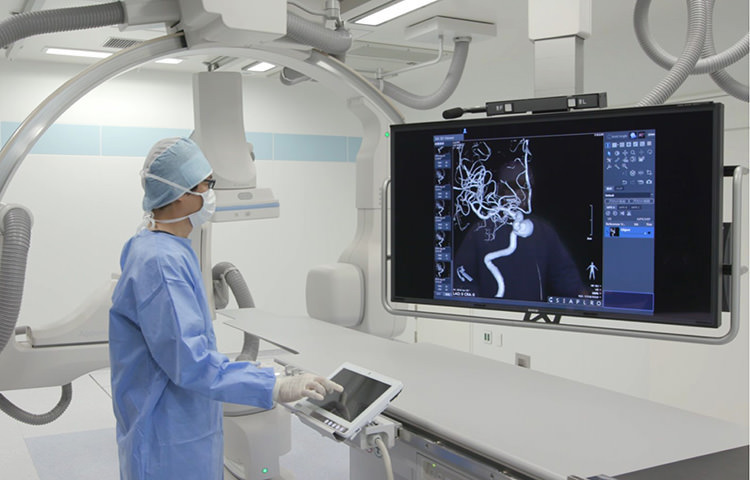 Why my heart says Donegal needs to keep its angiogram service

written by Stephen Maguire May 1, 2022
Facebook0Tweet0LinkedIn0Print0

I received my first heart stent four years ago in a Dublin hospital.

I’m one of the lucky ones.

Some people have collapsed taking shopping in from the car or simply relaxing while watching television.

They never got a chance to watch their daughter walk down the aisle or hold their first grandchild in their arms.

Mine was a normal Thursday afternoon but I didn’t feel one hundred per cent.

I was a bit short of breath and mentioned it to my wife who said I perhaps should say it to my GP, Brian McColgan.

Brian did an ECG, took bloods and checked my blood pressure which was always a little high despite being on medication for it.

He suggested a check-up with cardiologist Dr David at Letterkenny University Hospital just to be on the safe side.

His face said it all. Yes, I’m a little overweight. He didn’t have to say it. Anyone who has met Dr David knows he is a man of few words but that you listen when he speaks.

He ordered me into another room, wired me up to a number of monitors and told me to start walking on a treadmill. Easy at first and then a little quicker.

I knew it was unlikely that I had set a record time for the 800 metres but I was left floored by what he told me in his office five minutes later.

‘I suspect one of your heart valves is slightly blocked’ he said or at least words to that effect.

I’d need an angiogram to determine if I needed to have a stent.

A week later I was in a wheelchair being pushed into the mobile lab used to have the procedure which has ultimately saved scores of lives across Donegal.

It involves a dye being sent into your heart to check if indeed any of these said ‘valves’ are blocked in any way.

But I hit the jackpot that day. Despite initially thinking I was clear, Dr David spotted a small blockage and I was for Dublin for my heart procedure two weeks later.

This wouldn’t have been possible without the knowledge and experience of Dr David whom so many people owe so much.

But it also wouldn’t have been possible without the Friends of Letterkenny University Hospital who donated more than €750,000 towards equipment for the cardiology department.

So the news last week that there are plans to relocate the angiogram service from Letterkenny to Sligo is quite literally a death sentence for many.

It also belittles all the hard work carried out by the ‘Friends’ in giving up their free time to raise such funds which the Government should be providing in the first place.

That may sound a bit dramatic but it is, at the very least, an insult and a judgement on the people who choose to live in Donegal.

Because the reality is that we are being judged and victimised by our postcode.

I have listened over the years as various services were pulled from Letterkenny University Hospital to be ‘streamlined” as is often the excuse given.

But it is only when they are threatening to pull a service which has literally saved my life have I realised that streamlining health services is killing people.

The Saolta Group and management at Letterkenny University Hospital need to reverse this situation immediately.

There are people walking their dogs, cutting their grass or watching television today who may not feel one hundred per cent.

Being told that the might need to travel to Sligo for an angiogram just to be on the safe side might be a bother too far in their busy lives.

And the blame for them not being alive to celebrate their 50th birthday or to see their first grandchild because they collapsed and died because of a heart attack rests with Saolta, the HSE and the Department of Health.

We need to end this discrimination on all fronts, start with our angiogram service.

The Government needs to have a heart and not just for those with whatever the right postcode might be.

Why my heart says Donegal needs to keep its angiogram service was last modified: May 3rd, 2022 by Stephen Maguire
Facebook0Tweet0LinkedIn0Print0