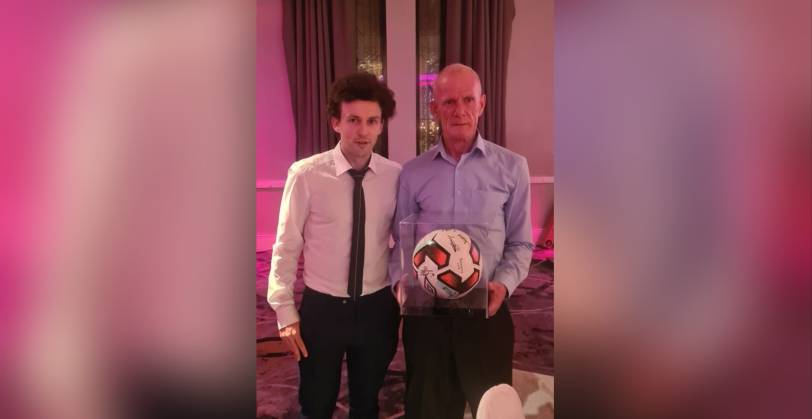 Barry McNamee made a classy gesture to the father of Ryan McBride by presenting him with the match ball from Ryan’s last ever game.

Ryan McBride died suddenly at his home at the age of 27 and the whole county of Derry and further afield were devastated by the loss of the club captain.

The Brandywell was renamed to The Ryan McBride Brandywell Stadium in honour of the defender.

The day before his death, Derry City defeated Drogheda United 4-0 at Maginn Park, while the Brandywell was being renovated.

In the game, Ramelton man McNamee took home the match ball for his hat-trick and all the players signed it.

McNamee then presented the ball to Ryan’s father Lexie on Sunday night, with Ryan’s signature visible on the ball.

“Barry scored a hat trick in the game and the team had signed the ball. Can clearly see Ryan’s signature on it with number 5 in it.

“Thank you Barry, it really does mean a lot.”