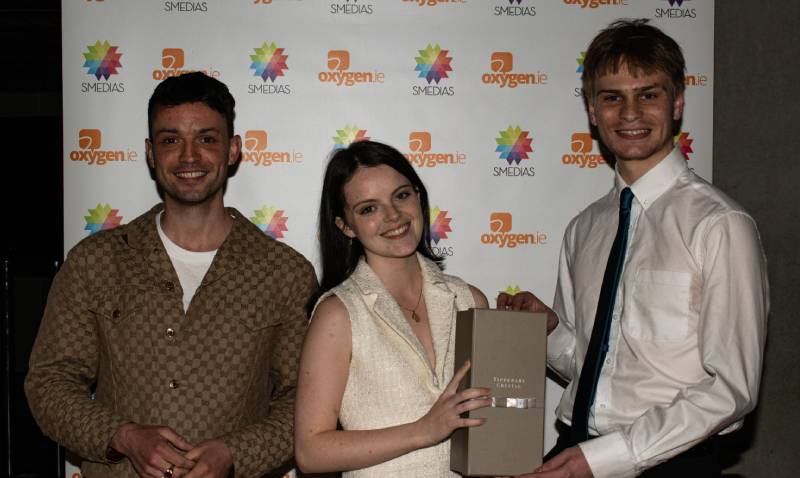 Mairead, who is a student at TCD, took home the first award of the night, along with her writing parter Jody Druce, in a competition judged by Alan English of the Irish Independent.

Alan described the piece as “thoroughly researched and holding Trinity College to account on a promise made but not yet kept. An excellent, newsworthy story delivered to a very high standard.”

Writing for Trinity College’s The University Times, she zeroed in on the abuses of power within Trinity, as well as environmental journalism, revealing the College’s expansive endowment fund.

Mairead said on her experience with the paper: “I had no ambitions to be a journalist until UT showed me the value in it. The paper was an anchor for me through difficult times and I hope I get the opportunity to give back to it.”

On Thursday the 28th of April, the National Student Media Awards returned to the Aviva Stadium for the first in-person awards ceremony since 2019. Students joined the ceremony from all over the country to be honoured for their hard work in media and journalism over the last 12 months.