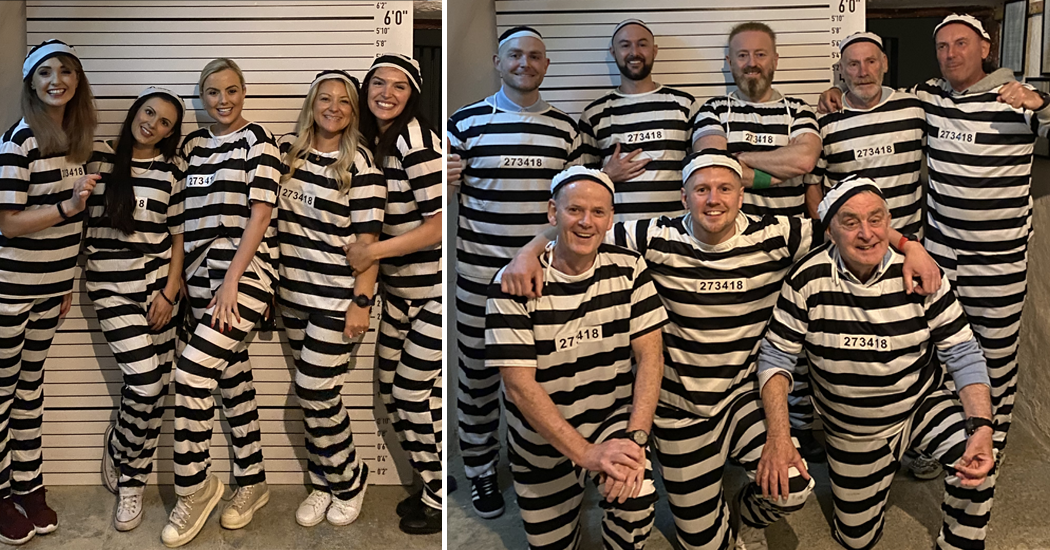 written by Rachel McLaughlin May 6, 2022
Facebook0Tweet0LinkedIn0Print0

Thirteen plucky ‘prisoners’ from Donegal raised over €7,000 by spending a night behind bars for good causes.

The first ever overnight jailbreak challenge at Lifford Old Courthouse has been hailed a success… because the volunteers all made it out in one piece!

The unique event last Friday 29th April challenged the well-known faces to plead for bail after a night in the cells of Lifford jail.

It was the first time that ‘prisoners’ had stayed in the cells in over 100 years. 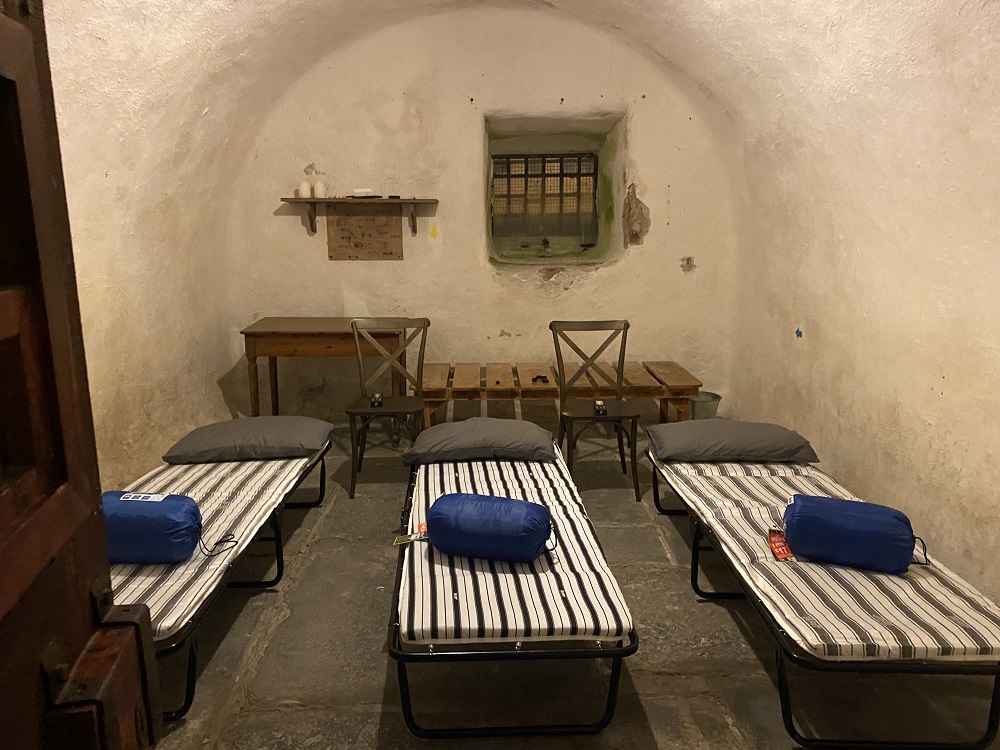 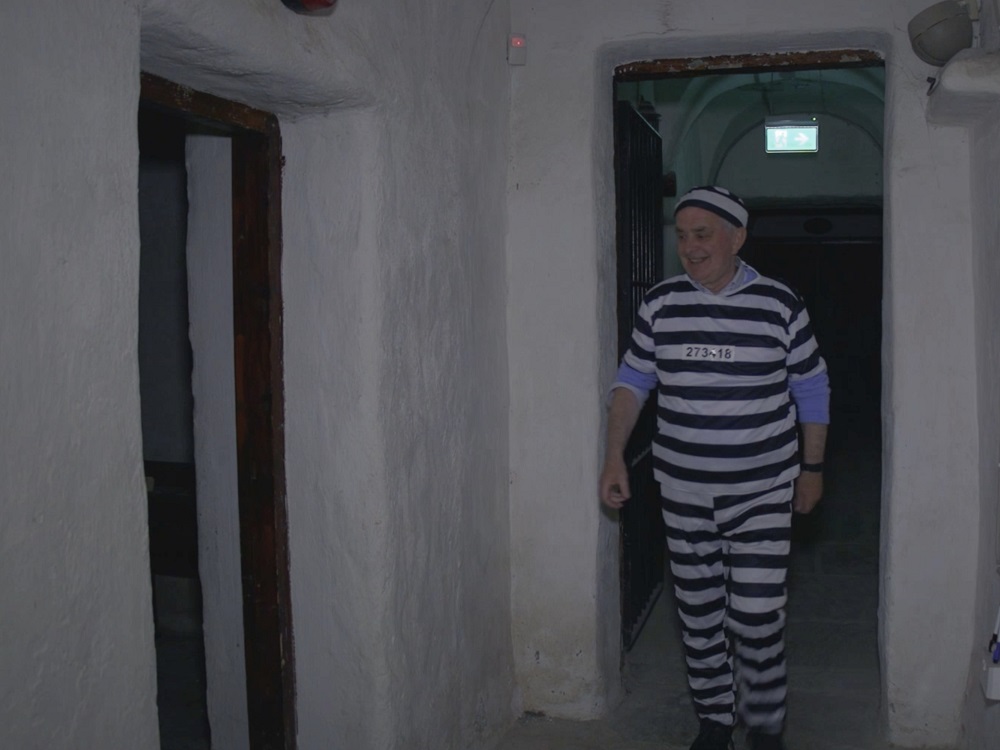 Patsy McGonagle enters his cell for the evening 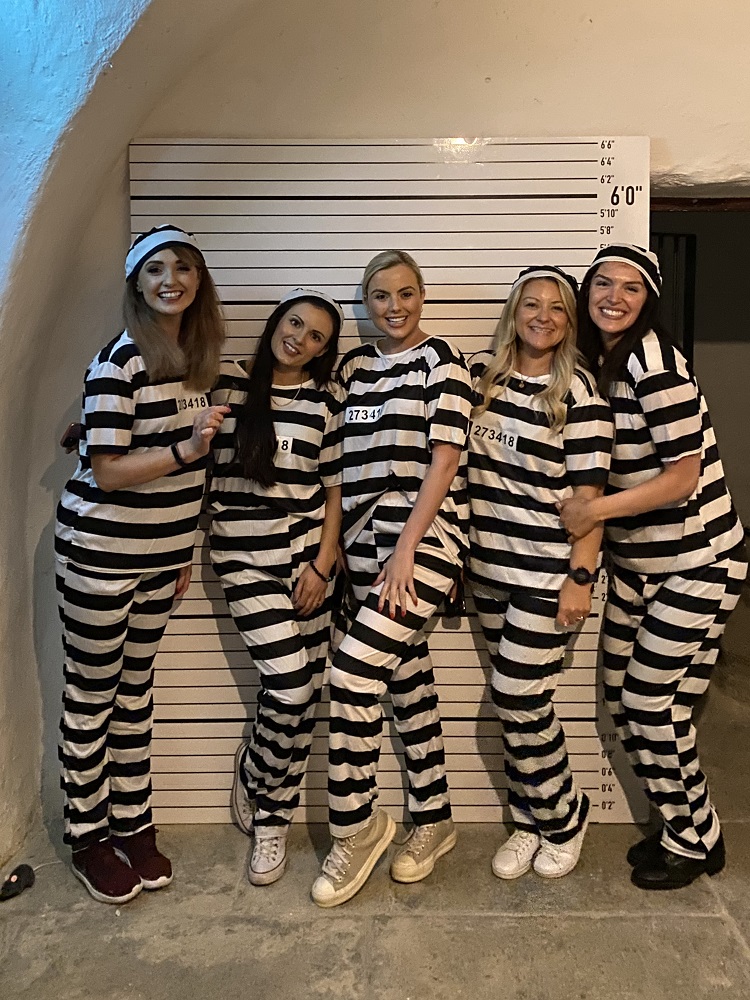 The winning female team after the esape room challenge 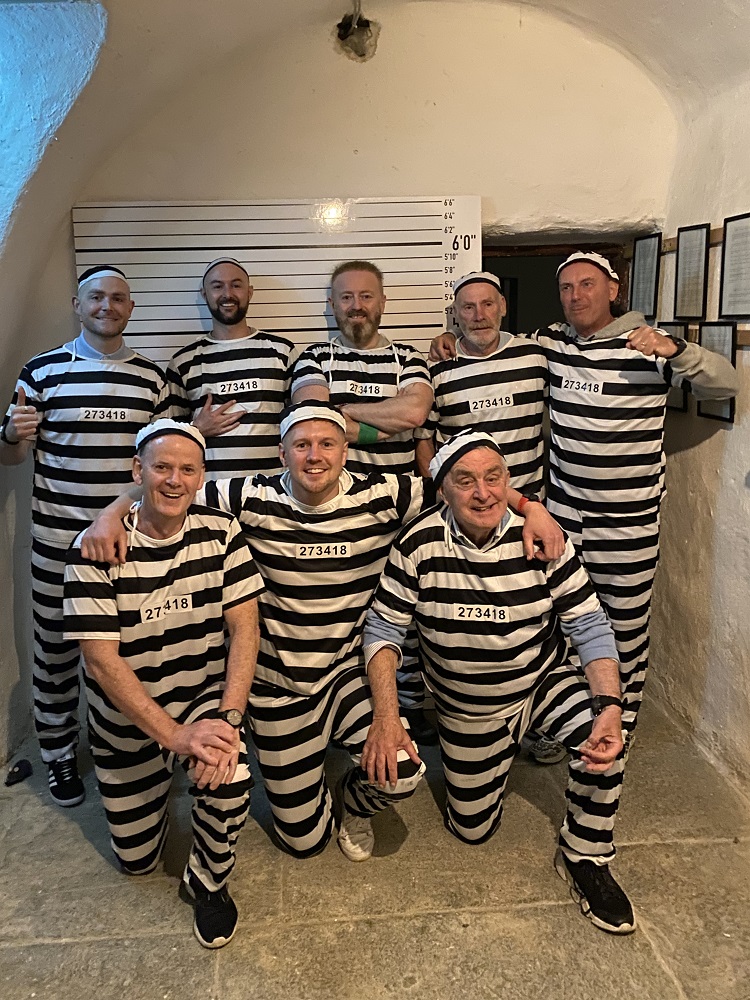 The male team after their escape room challenge 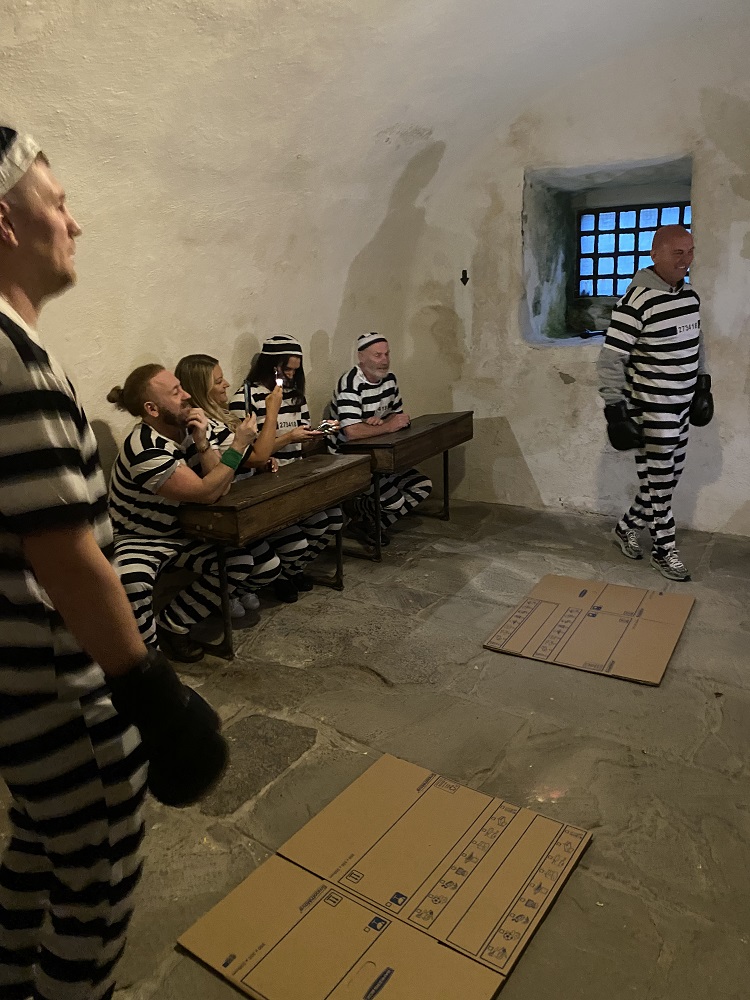 A real ‘boxing’ match for Jason Quigley and Bobby Roberts!

Gillian Graham, the manager of Lifford Old Courthouse, said:  “We’re absolutely delighted with how the Jailbreak event went. It was great to be able to showcase what community run social enterprises like ourselves are able to do, and raising such a phenomenal amount of money for charity was incredible.

“We’ve already had people inquiring about using the event as a fundraising night in the future, so we’re hopefully going to have plenty more temporary prisoners in Lifford Jail going forward.”

Gillian added: “The event has been made possible under the ARISE Programme, an awareness raising campaign for social enterprises throughout Ireland. A social enterprise is business that works primarily to improve the lives of people, reinvesting any profits into their core mission. Lifford Old Courthouse is one of the many social enterprises in Donegal and we are delighted to be able to show what is possible from community run groups.”