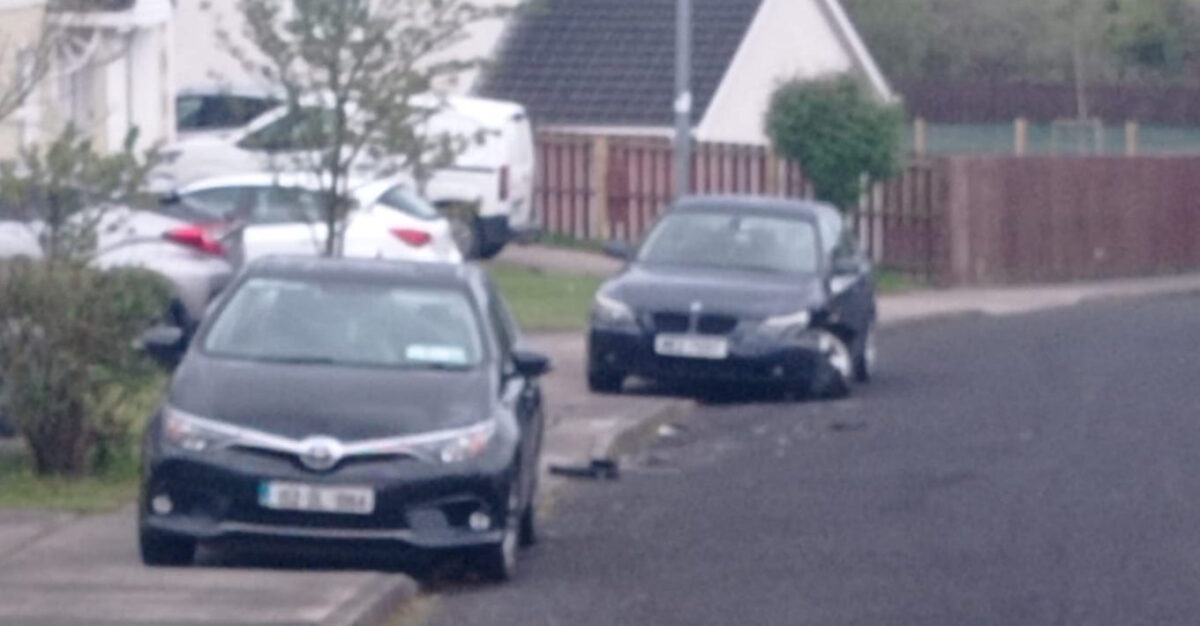 Gardai are hunting a rogue driver who caused thousands of euro worth of damage to a number of parked cars in Letterkenny.

The driver rammed into at least three cars which were parked in the Meadow Hill and Harmony Hill area of Kiltoy on Thursday morning.

The driver smashed into the three cars at around 3.45am but sped off.

The owners awoke to find their cars badly damaged.

Gardai in Letterkenny launched a full forensic examination of the scene in a bid to trace the driver of the offending vehicle.

Nobody was injured during the incident.

A Garda spokesperson confirmed investigations into the incident was ongoing.

He said “Gardaí are investigating a road traffic collision involving one Car and three parked vehicles that occurred at approximately 03:45am on Thursday 5th May 2022, in Harmony, Letterkenny, Co. Donegal.

“No injuries were reported. The driver of the car failed to remain at the scene, investigations are ongoing.

“Anyone with information is asked to contact Letterkenny Garda station on 074 916 7100.”

The incident has been condemned by local county councillor Gerry McMonagle who appealed to the driver to come forward.

Councillor McMonagle already has a motion before the local Letterkenny Municipal Council calling for speed raps to be introduced into the area.