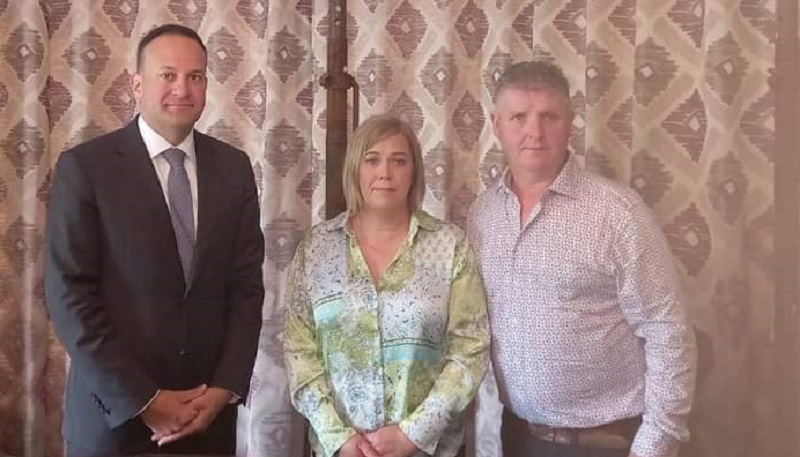 written by Staff Writer May 7, 2022
Facebook0Tweet0LinkedIn0Print0

The Mica Action Group (MAG) has urged The Tanaiste to put in place a workable scheme to alleviate the anxiety and frustration felt by affected families.

It is anticipated the legislation for the revised defective concrete blocks scheme will be brought before the Dail in the next few weeks.

The organisation released a statement following yesterday’s visit by Leo Varadkar to the home of a mica affected family near Letterkenny.

Mica campaigner, Eileen Doherty, underlined the horrific and unacceptable situations many families find themselves in.

A business-like meeting followed with campaign reps and local councillors.

Key issues discussed were IS465, the need for a true 100% redress for all affected, flexibility around build decisions, urgent implementation of support services and the necessity for a public inquiry and effective legislation to protect homeowners all over Ireland from a repeat of the defective blocks scandal. Due to time constraints, it was not possible to discuss all outstanding items, however the Tanaiste was presented with a two-page bullet point summary prepared by the Mica Action Group detailing key issues which require resolution, which he took away with him.

Eamonn Jackson, Chair of the MAG, and part of the campaign delegation who petitioned on behalf of affected homeowners at the meeting, stresses the onus is now on the Government to get the terms of the forthcoming legislation right.

“It cannot be overstated how vital it is for the forthcoming revised scheme legislation to be right this time,” he said.

“Homeowners are living in unsafe, unhealthy homes and are at emotional and financial breaking points. They do not have the practical and emotional resources to cope waiting for the terms of the scheme to be revisited again. It is imperative that all homes affected, wherever they are located, whatever their description, have a practicable route forward. The terms of the legislation passed will dictate the success or failure of the revised scheme for current and future affected homeowners all over Ireland. To not get the legislation Right This Time would be a conscious and cynical decision, inhumanly dismissing a crisis situation and condemning affected homeowners to an unending cycle of suffering.”

MAG urges Tanaiste to ensure legislation ‘is right’ for Mica families was last modified: May 7th, 2022 by Staff Writer
Facebook0Tweet0LinkedIn0Print0