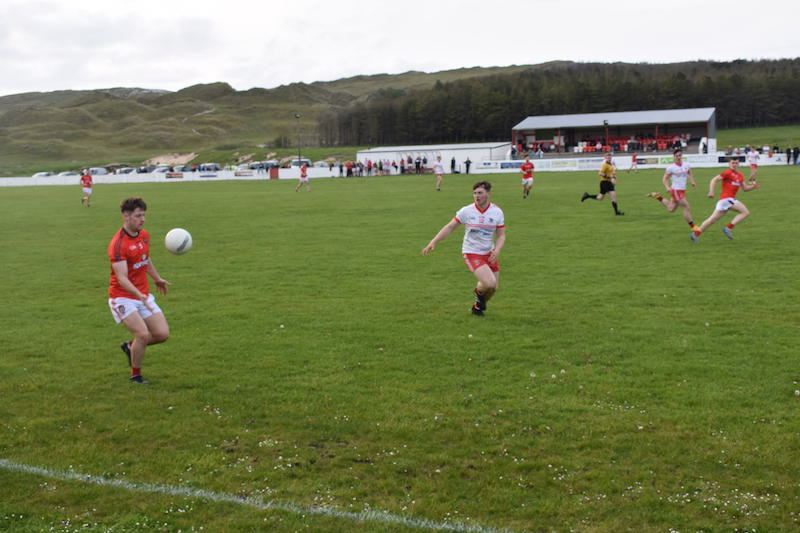 McFadden goal the key in St Michael’s win over Killybegs

St. Michael’s came out on top in this keenly contested game at The Bridge on Saturday evening in the All County League Division 1.

It was tough luck on Killybegs marksman Jack McSharry who scored seven points but still ended up on the losing side.

The first half was nip and tuck with both sides cancelling out each other’s scores and the half time score was St. Michael’s 0-7 Killybegs 0-7.

Killybegs were reduced to 14 men midway through the first half when referee Mark Dorrian showed a straight red card to the influential Conor Cunningham.

The second half was also close and points from McSharry put the visitors one point up however Colin McFadden got on the end of a great move to put the ball in the back of the net to put the hosts two points up.

However the men from the Bridge finished stronger and late points from McFadden, the O’Reillys and Andrew Kelly gave them a four point victory winning on a scoreline of St. Michael’s 1-13 Killybegs 0-12.