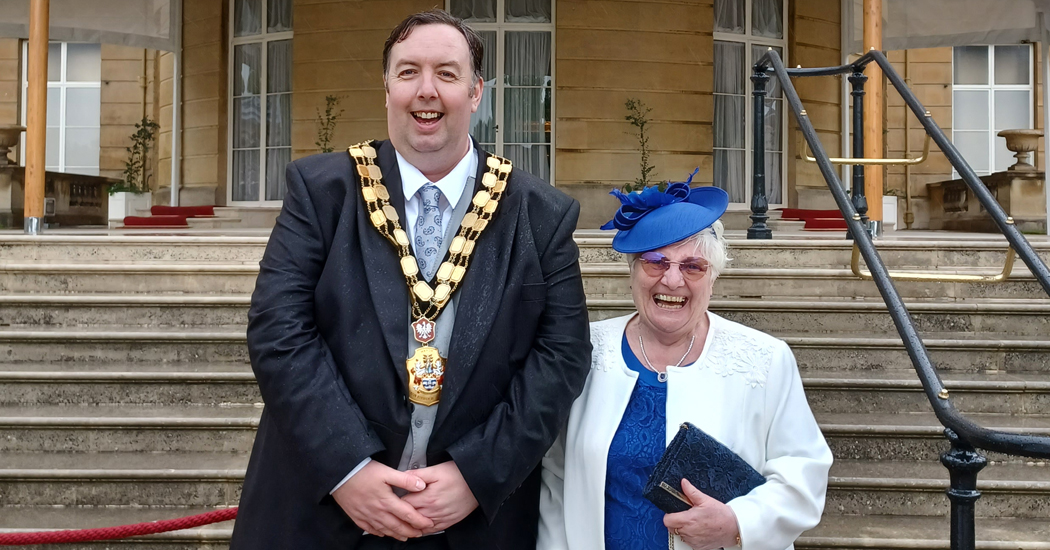 Letterkenny-born Labour councillor Troy Gallagher will be having tea with the royals today after getting a prestigious invite to Buckingham Palace.

Mayor Gallagher, who is based in London, was invited by Queen Elizabeth to attend one of her summer garden parties in recognition of his positive contributions to the community.

The Queen will not be in attendance at the events this year due to mobility issues, but she will be represented by other members of the royal family.

Cllr Gallagher said he will have his late father, Hughie, in his heart as he attends the occasion. Hughie Gallagher, originally from Dungloe, passed away in May 2012.

Looking forward to this afternoon’s event, Cllr Gallagher wrote: “I never thought in my wildest dreams growing up in Letterkenny, at Scoil Colmcille, doing the history tours around town, selling sunflowers to raise funds for the Donegal hospice or the day I left home to go to uni in England from the bus station wondering what lay ahead of me would a boy from Letterkenny be invited to the Palace to have tea with the royals and other guests who have helped make a little difference for good to the world.

“I know Dad will be with me today and he’s having a wry smile with my family in heaven this happening the very day before I come home tomorrow for his 10th anniversary Mass on Friday.”

Last week Cllr Gallagher was re-elected for an historic consecutive fourth term on Islington Council in the UK local elections. He is the first Irish-born mayor to be elected in the London Borough of Islington.

During his time in office he has worked to raise awareness and funds for three charities – forum+, icap and James’ Place – chosen because of their focus on male suicide and mental health support. Cllr Gallagher hosted an Islington Irish Month in March of this year to celebrate the contribution of Irish people in Islington over the last 100 years. The events raised approx £10,000 for the then-Mayor’s charities.

Cllr Gallagher has lived in Islington for more than 20 years, having moved to England for university. He was first elected as a Labour representative in London in 2010.