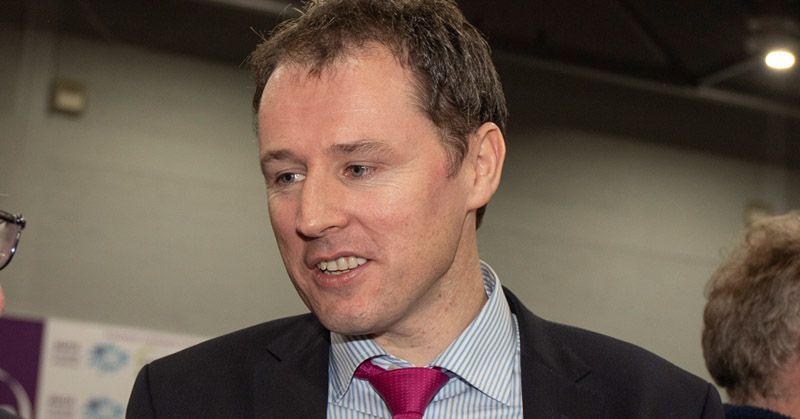 Donegal Minister Charlie McConalogue has hit back at criticisms of his defence of the Irish fishing industry.

The Marine Minister faced strong statements from Independent TD Thomas Pringle in the Dáil last night, who said there was a feeling of “disconnect and lack of respect for fishing communities” under McConalogue’s time in the department. Deputy Pringle added the fishing community has taken blow after blow in the last couple of decades, beginning with negotiations to join the EU and the Common Fisheries Policy.

Minister McConalogue, in his reply, said that many of the issues stem from Brexit, which Pringle supported.

He said: “At national level, we are battling at all stages for additional quotas. The biggest single impact on our national quota and fisheries sector over the past generation has been Brexit. Deputy Pringle, who is from Killybegs, ardently supported and advocated for Brexit. While the Deputy did not have a vote in Northern Ireland or Britain, he ardently supported Brexit. Nowhere in Europe has been more impacted by Brexit than Killybegs, which is the centre of the national fishing industry. No sector of our economy has been more affected by Brexit than fisheries.

He added: “If Deputy Pringle wants to wonder about making an impact as a local Deputy backing fisheries, perhaps he should take a look in the mirror and consider the impact of his own policy. Not many paid attention but the policy he advocated for had that impact.”

Minister McConalogue also faced questions from Sinn Féin Deputy Pádraig Mac Lochlainn, who appealed to the Minister and the Taoiseach to intervene with the SFPA on the weighing debacle at Killybegs.

Deputy Mac Lochlainn said: “Our own Irish State agency is now saying to these factories in Killybegs, which were just making a point that this is bureaucratic madness, that their weighing permits are being removed and it is taking their livelihood away from them in real terms because they landed in a harbour “outside of Ireland”.”

To this, McConalogue replied: “There has not been any change since Brexit. The situation that pertains post-Brexit as regards weighing control between Derry and Killybegs and Northern Ireland and the Republic is the same as was prior to Brexit. Brexit has not been a factor in that. The same control issues and rules apply.”

Pringle urges Minister McConalogue to stand up for fishing communities

Minister hits back at Pringle TD over Brexit harm to fishing industry was last modified: May 13th, 2022 by Staff Writer
Facebook0Tweet0LinkedIn0Print0