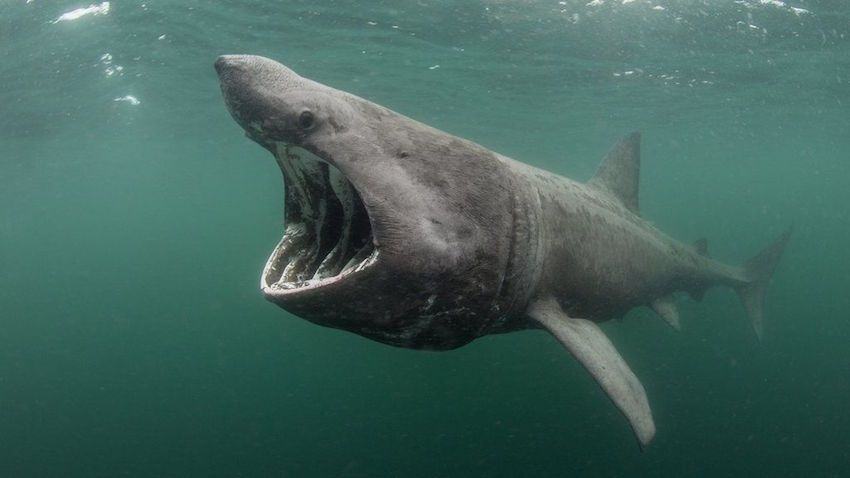 The basking shark will soon get legal protections against hunting, injury and interference with their breeding or resting places along the Irish coast.

Work is at an advanced stage to give the creatures the status of a ‘protected wild animal’ under the Wildlife Act.

The sharks, often seen off the coast of Donegal, are endangered and are at very high risk of extinction in the wild.

A bill introduced by Wicklow Deputy and former marine biologist Jennifer Whitmore last May is to be supported by the government.

Once protected wild animal status is conferred and it would be an offence under section 23(5) to hunt basking sharks, unless under permission or licence granted by the Minister under the Act; to injure these species, unless done while hunting in accordance with a licence or exemption; or wilfully to interfere with or destroy their breeding or resting places.

Deputy Peter Burke, Minister of State for Local Government and Planning, said this week that a code of conduct for sustainable marine eco-tourism will be developed by the National Parks and Wildlife Service of the Department of Housing, Local Government and Heritage.  A review of international best practice is currently underway. A wider review of the Wildlife Act will also examine the degree of protection afforded to the basking shark.

Recent studies have indicated that Ireland could become home to 10% or 20% of the global population of this species. Of the eight known coastal surface hotspots in the north-east Atlantic, five are located off the coast of Cork, Kerry, Clare, Mayo and Donegal.

Speaking in the Dáil ahead of National Biodiversity Week,  Deputy Garry Gannon said there is a huge public appetite for the protection of the basking sharks in Irish waters.

He added: “Just putting the basking shark on the protected list is simply not enough. Once the regulations come into force, how can we ensure the basking shark will survive in the coming years? Protection, as defined in current legislation, does not include disturbance or harassment.”

He commented that a legal definition of disturbance and harassment would need to accompany the proposed Bill. He also asked to include provisions for the protect of the feeding grounds of basking sharks so that they are not interfered with.

Deputy Gannon said that a combination of soft and hard marine protection area is necessary to protect and support the basking shark population level that is in recovery.

He said: “The Irish Basking Shark Group has reiterated this vision for effective basking shark marine protective areas in Irish waters based on three key targets. The first of these is a broad coastal marine protection area encompassing the entire western seaboard, six nautical miles, off Ireland, from Cork to Donegal. This marine protection area would principally promote awareness of the species and aim to protect public and commercial behaviours that may intentionally harm or disrupt the species.”

Deputy Burke said the Bill would address some behaviours such as by-catch threats and entanglement and disturbance and harassment by marine ecotours and other recreational boat users, jet skis and divers, which have emerged as a growing issue.

Deputy Gannon replied that he wants to see further action on the matter soon.

The Dáil also heard that Minister of State, Deputy Noonan, is recruiting an additional 120 conservation rangers to double the amount in employment in 2020.