The awards were presented by Malcolm Noonan TD, Minister of State with responsibility for Heritage and Electoral Reform at a ceremony Curracloe Beach in County Wexford this afternoon.

The Blue Flag is one of the world’s most recognised eco-labels. Originating in France in 1985 it was launched as an International programme as part of the “European Year of the Environment in 1987.

In 1988, the first year sites were awarded outside of France 19 beaches and 2 marinas received the Blue Flag in Ireland.

All 12 Donegal beaches and the two Donegal marinas have retained their Blue Flags from 2021, these include: 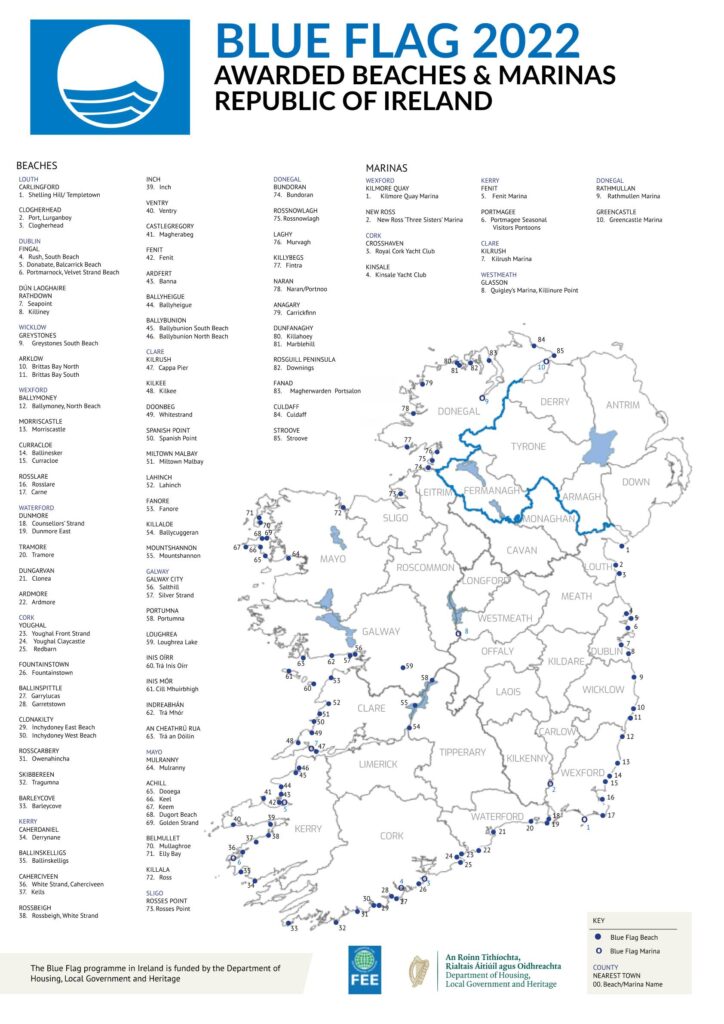 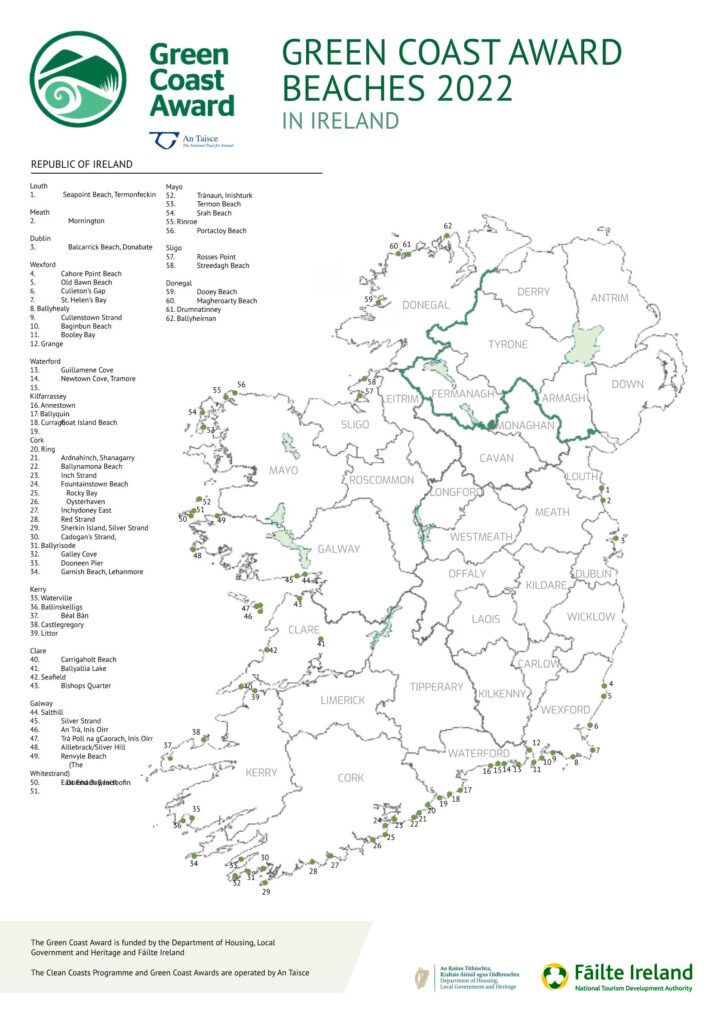