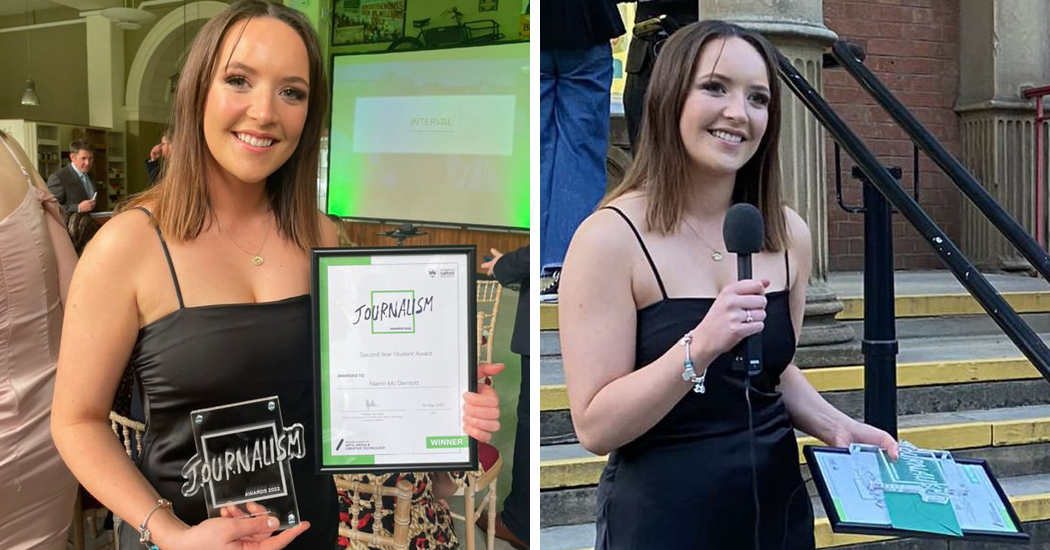 written by Rachel McLaughlin May 23, 2022
Facebook0Tweet0LinkedIn0Print0

Niamh McDermott from Moville has won a Second Year Student Journalist of The Year award at the University of Salford.

Niamh, who is in her second year of broadcast journalism degree, was announced as the winner at a glittering event on Thursday night.

Niamh was quick to celebrate her success with her parents, well-known Chef Brian McDermott and Brenda, who were proud as punch back home in Inishowen.

Niamh facetiming her parents Brian and Brenda after winning the award

Niamh said the award “felt like a pat on the back” after a year of hard work towards her goal of becoming a broadcast journalist.

“I have been working so hard this year and the award was the most amazing lift to the end of the academic year,” Niamh told Donegal Daily.

“It’s like a motivational push to say it is all worth it. This academic year wasn’t easy, it was nowhere near easy actually… it was late nights, early mornings and long days and I wouldn’t change that. The motivation I have and the work I put in drives me.” 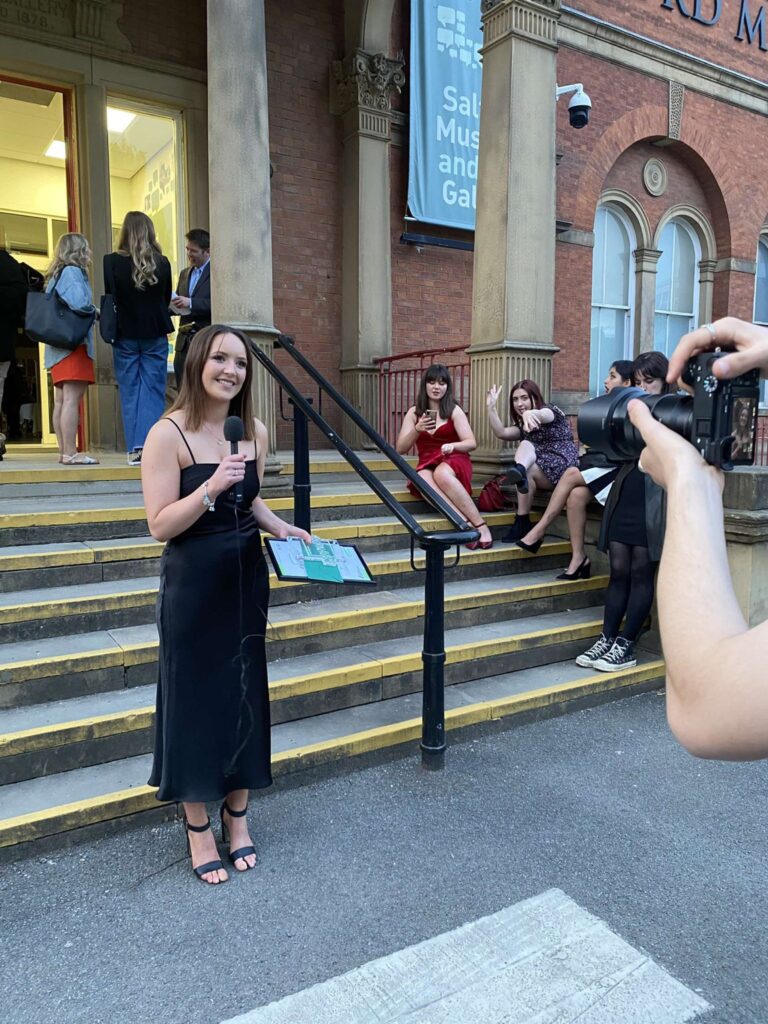 Niamh is a very career-driven young woman who is working hard toward securing her dream job and making herself, her family and her lecturers proud.

The University of Salford at MediaCityUK is right at the heart of the UK’s media and digital industries.

Niamh said every day is “like the journalism version of Disney Land” on the creative site. She already has her foot in the door in radio and has featured on RTÉ and BBC stations.

“My work has led me to secure freelance work with BBC 5 Live which was credited by Liam Thorp who judged the award,” she said.

The appeal of broadcasting, Niamh says, is talking to different people and hearing their amazing stories every day.

“Well that’s a dream… and everyone that knows me, knows that I could chat for Ireland!”

Niamh added that she can’t wait to fly home to Donegal for a proper celebration with her family.

“The hills of Donegal are always my comfort and celebration through all the stress, pressure, celebration and hard work. I am honoured to take the award and to make Donegal proud here at the University of Salford.” 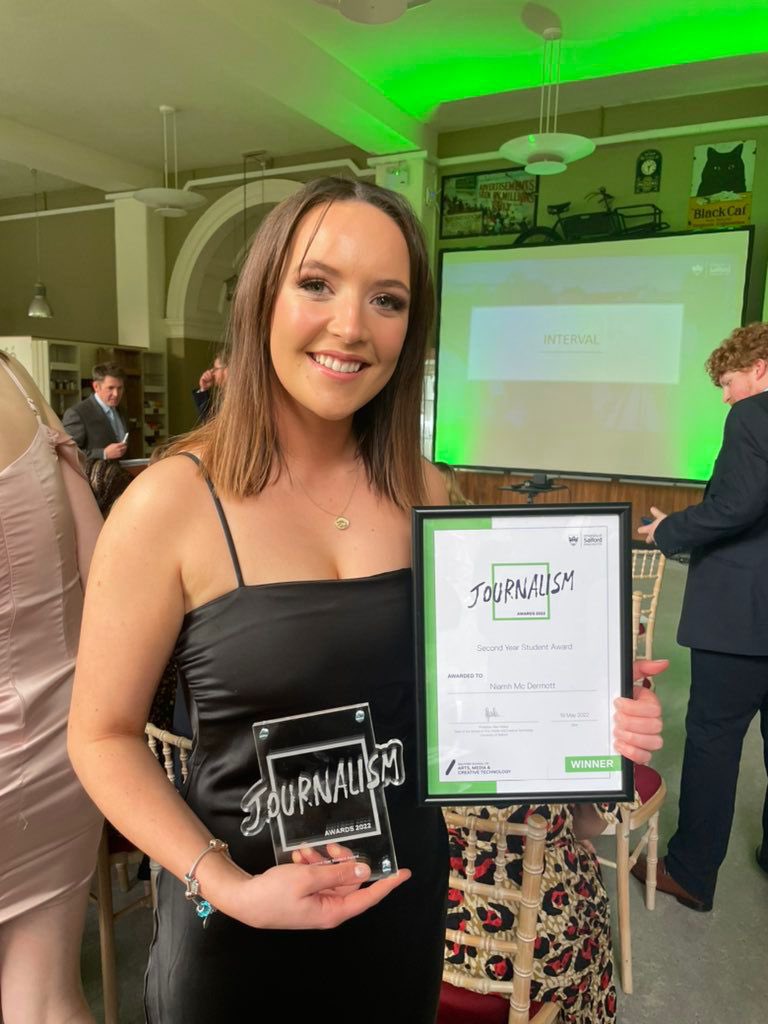