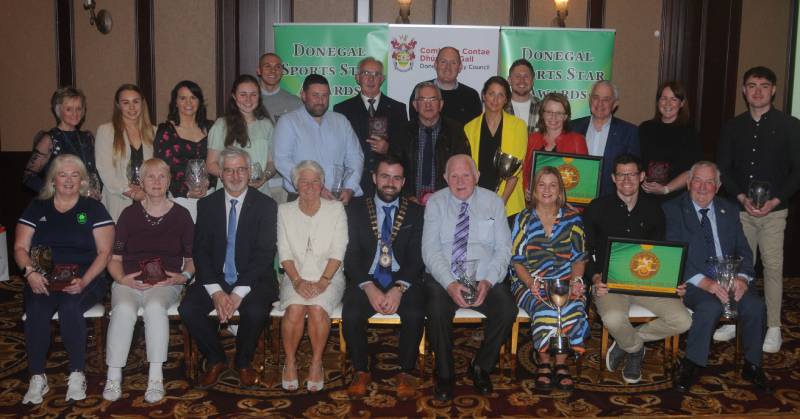 With the virtual awards taking place in January, the winners finally got their hands on their awards last night, Thursday 26th May in the Mount Errigal Hotel.

Chairperson of the committee, Grace Boyle said: “It seems a bit strange honouring last year’s winners four months on but we have been living in strange times for over two years.

“I am delighted as Chairperson along with the current committee that we are carrying on the baton for the people that had the vision to start the Donegal Sports Star Awards in 1976.”

The chairperson extended a special welcome to Cathaoirleach Cllr Jack Murray and Chief Executive John McLaughlin from our exclusive sponsors Donegal County Council. She also commended the support that the Council provides annually gives to make the Donegal Sports Star Awards an event that does justice to the achievements of individuals and teams from the County.

She added: “This is the 46th Awards presentations and everyone of the winners here this evening will go into the Sports Star record book along with the hundreds of names that have been honoured since the first function in the Milford Inn on the 26th of November 1976. It’s also an evening to remember past committee members and winners who are no longer with us.

“While 2021 did by no means have a full sporting calendar due to Covid there was still sufficient sporting successes to be able to have an excellent cross-section of winners. As well as the winners I want to commend all those who took part in sport last year and some of those who came very close to being on the presentation stage this evening.”

A special mention was given to two volunteers for their amazing work over their lives, Hall of Fame winner Eamon Giles and Sadie Duffy the winner in the Appreciation category.

The chairperson added: “Eamon and Sadie have been a credit to their respective clubs Cranford AC and Illies Golden Gloves and it is fitting that they are being honoured for their dedication to athletics and boxing over many years. 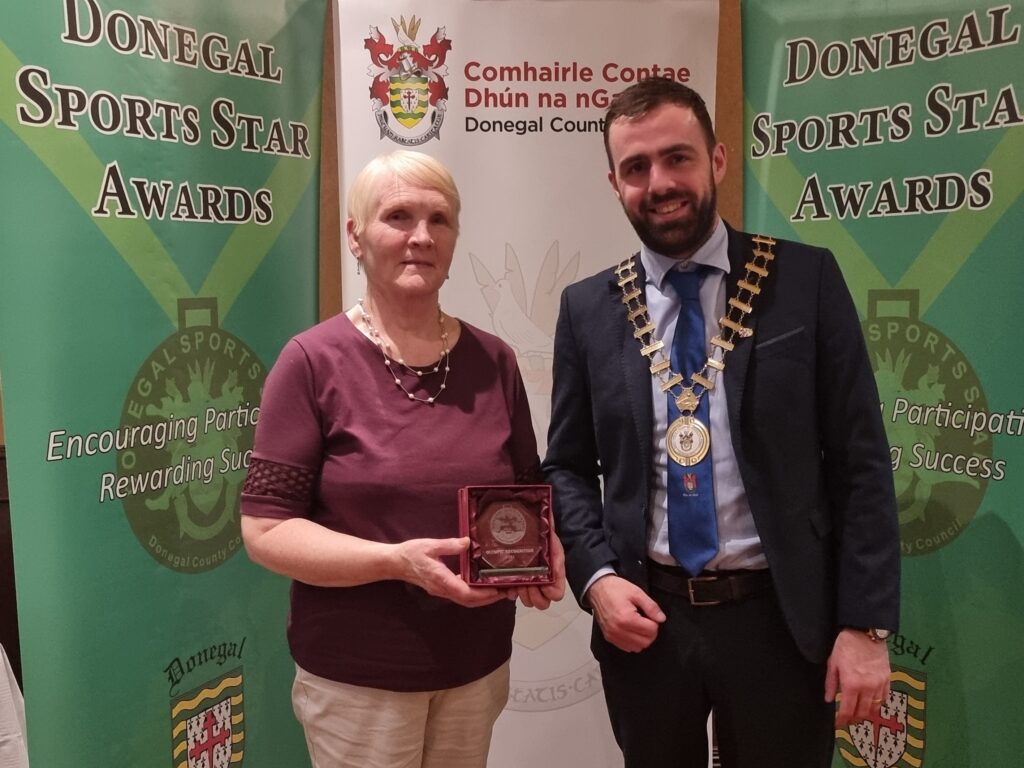 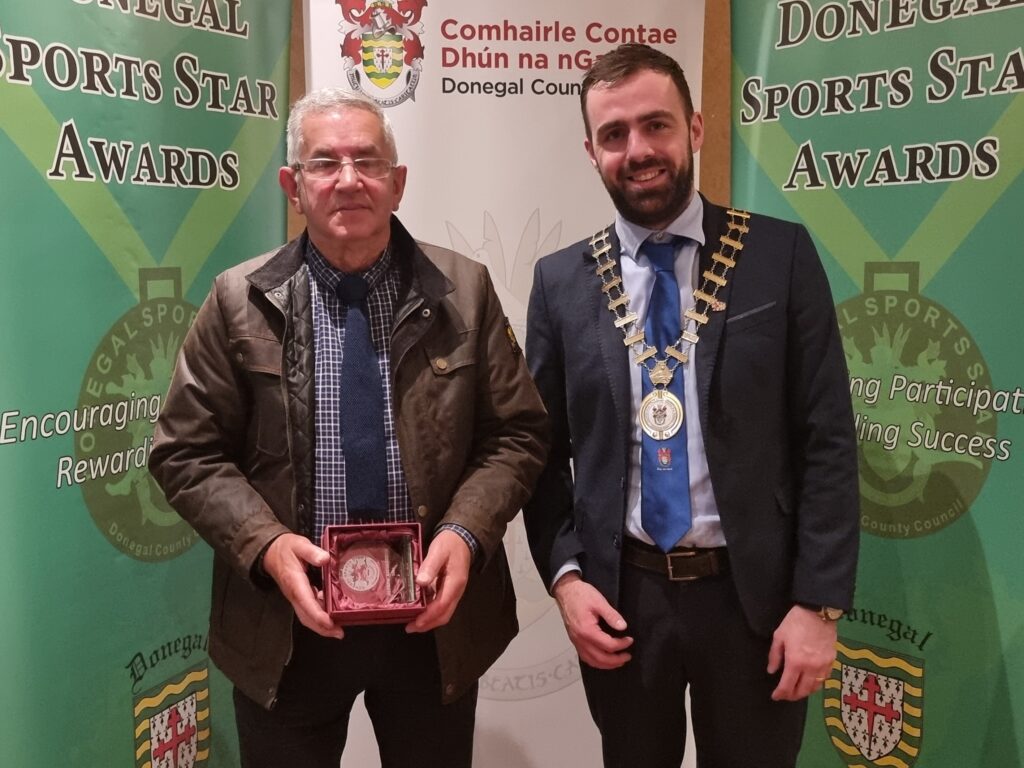 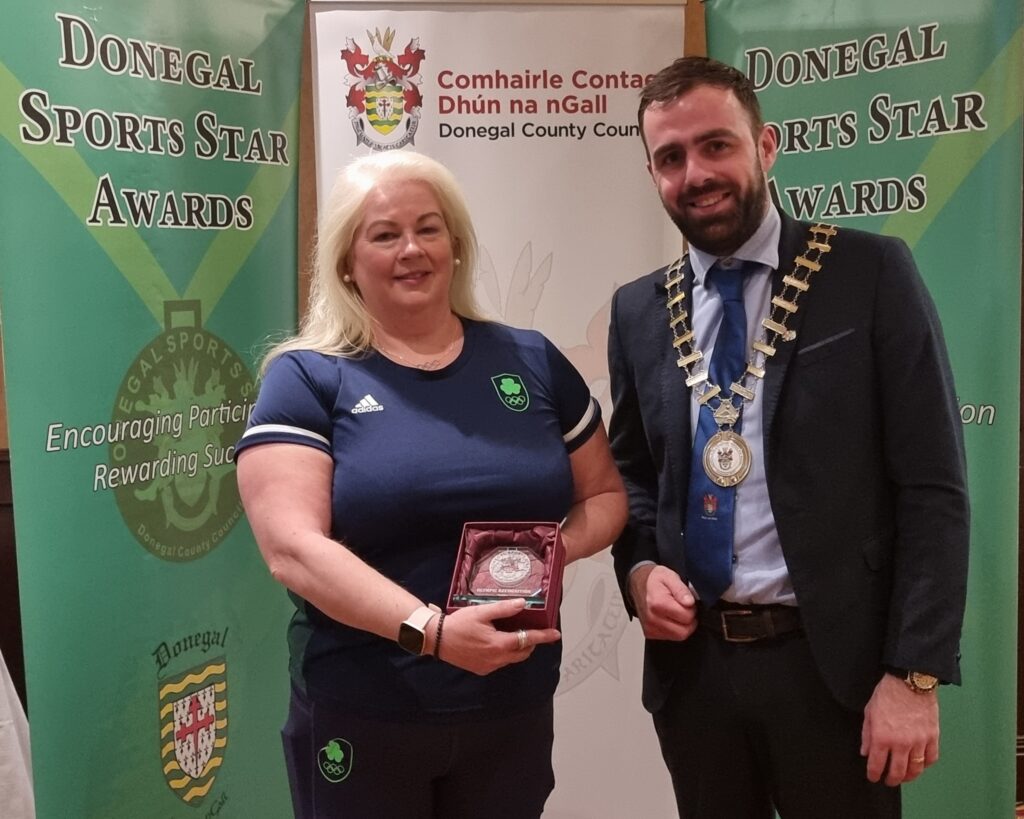 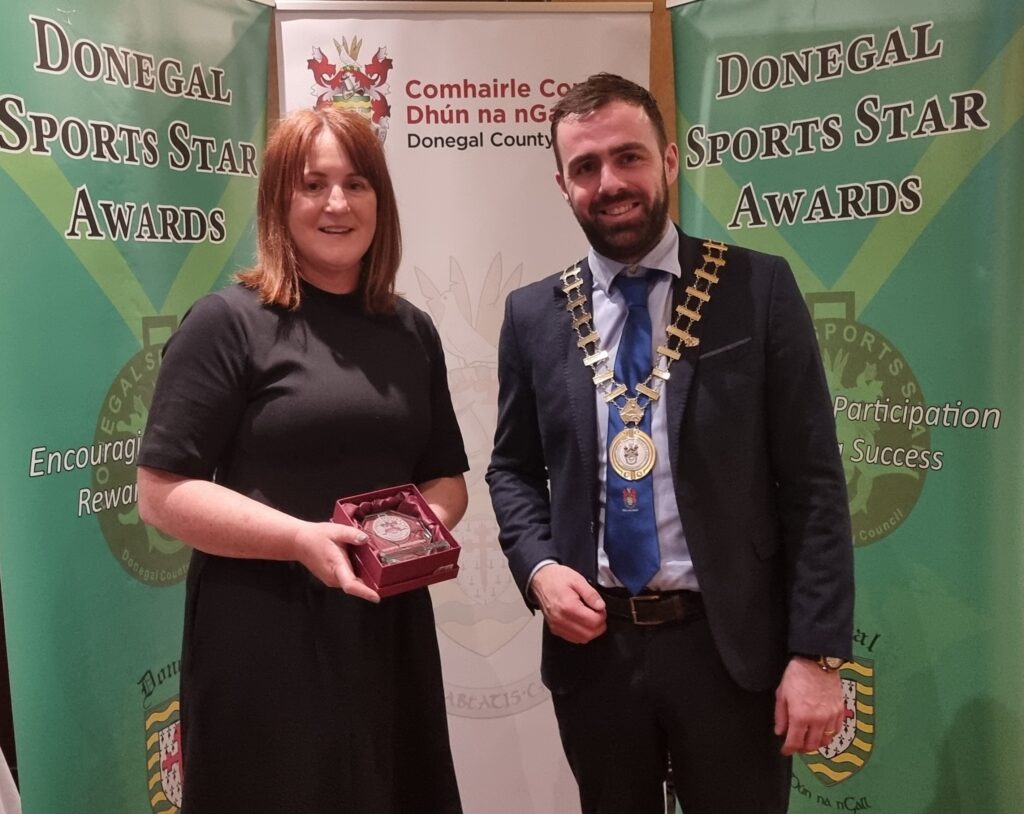 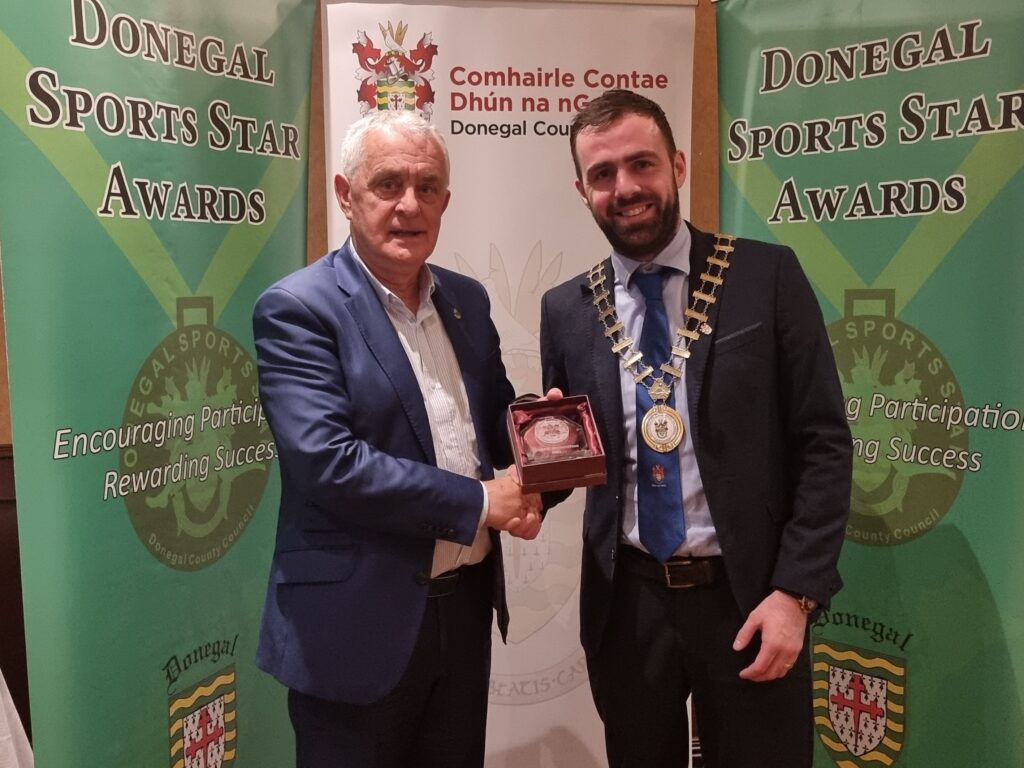 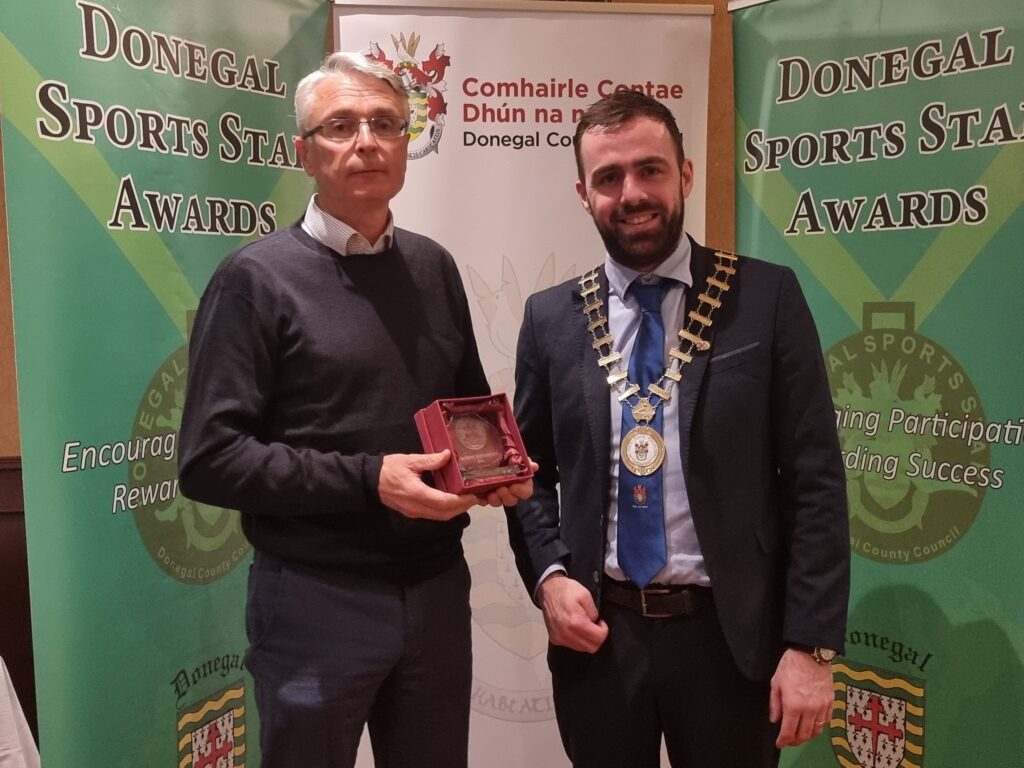 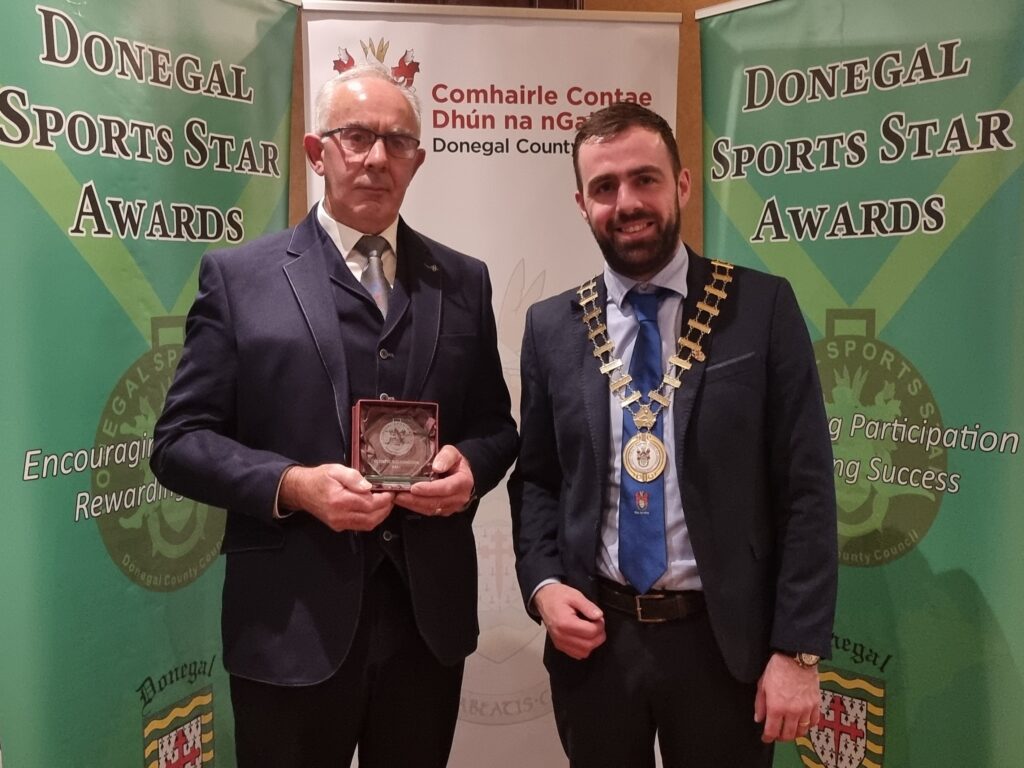 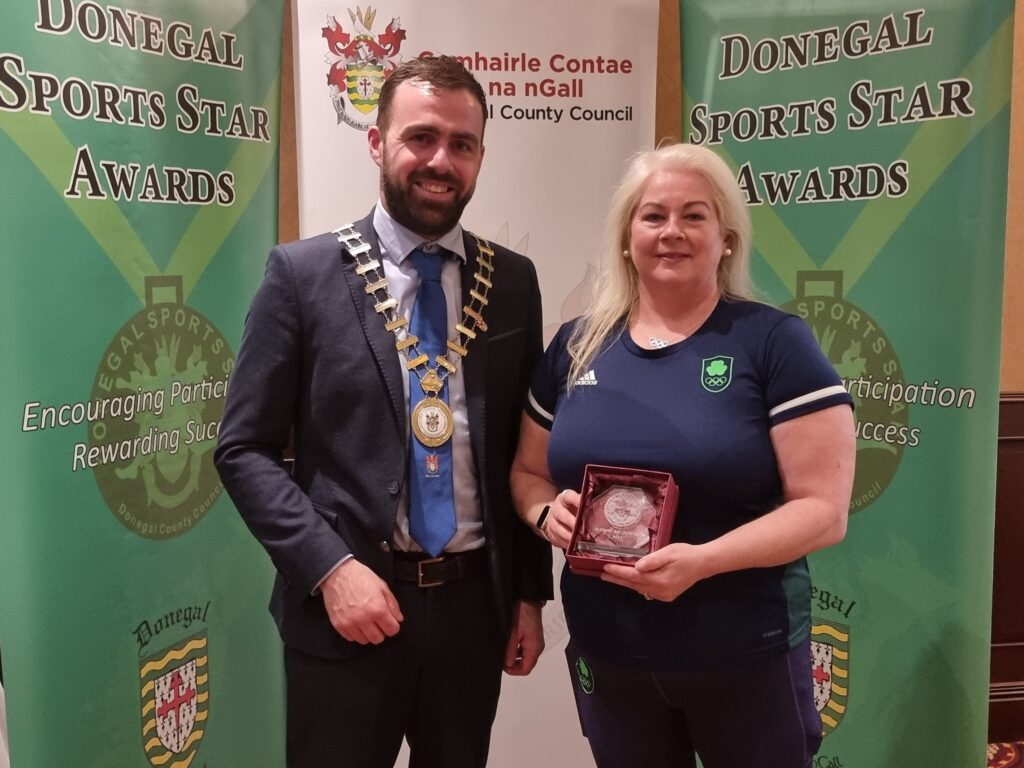 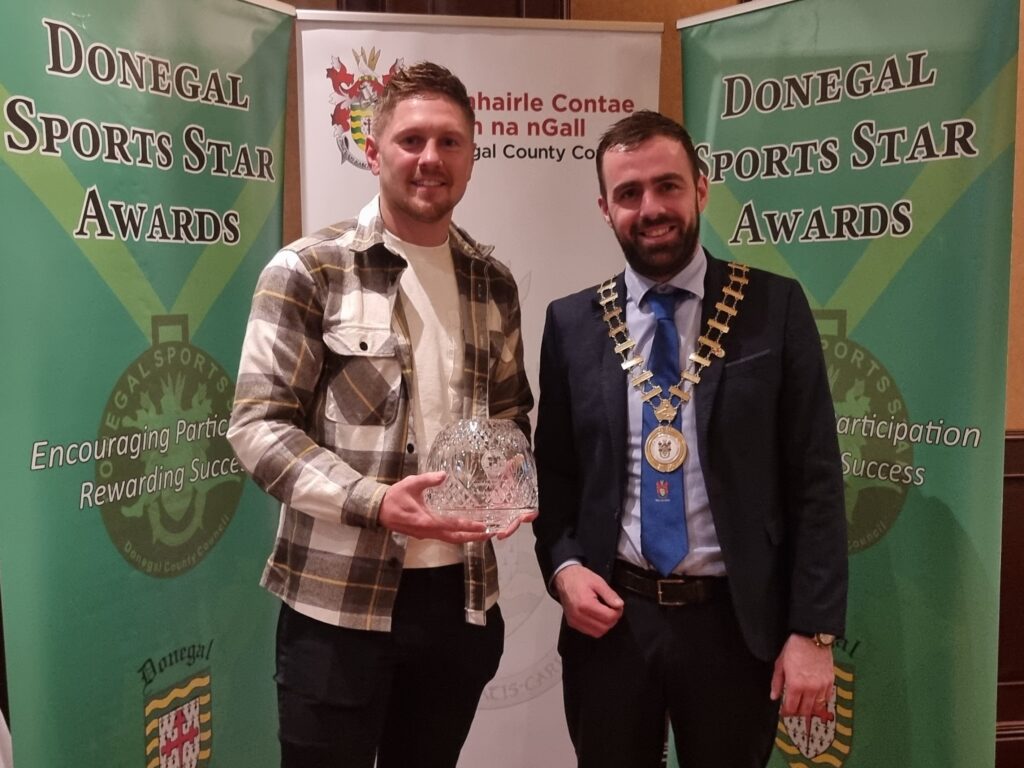 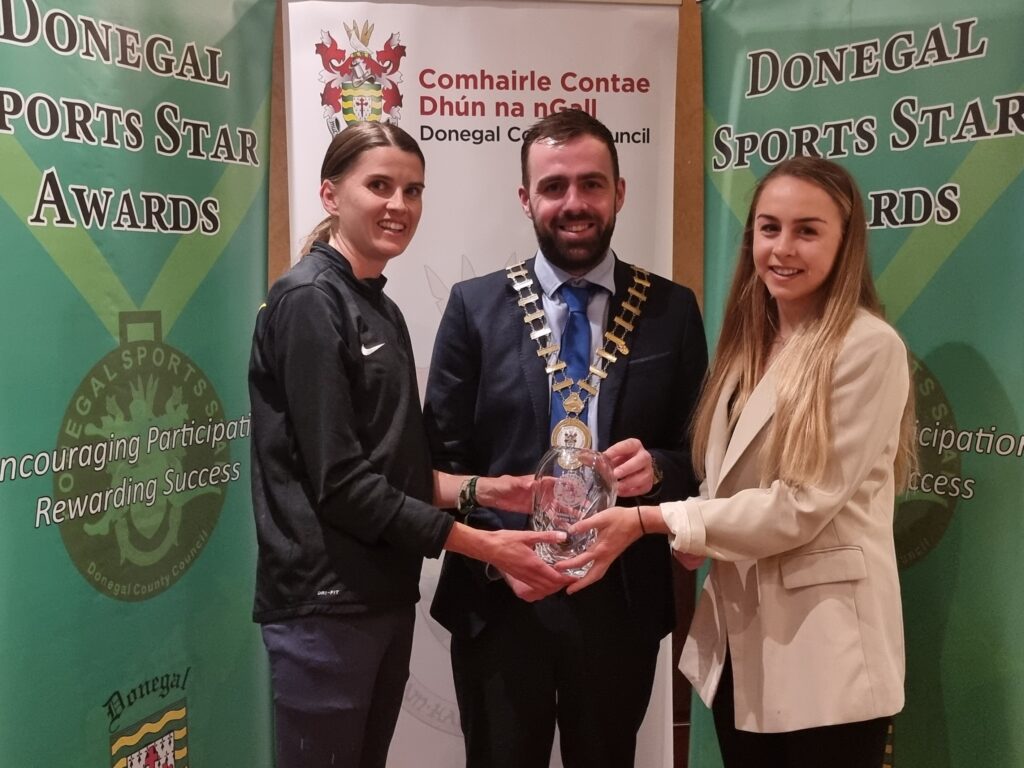 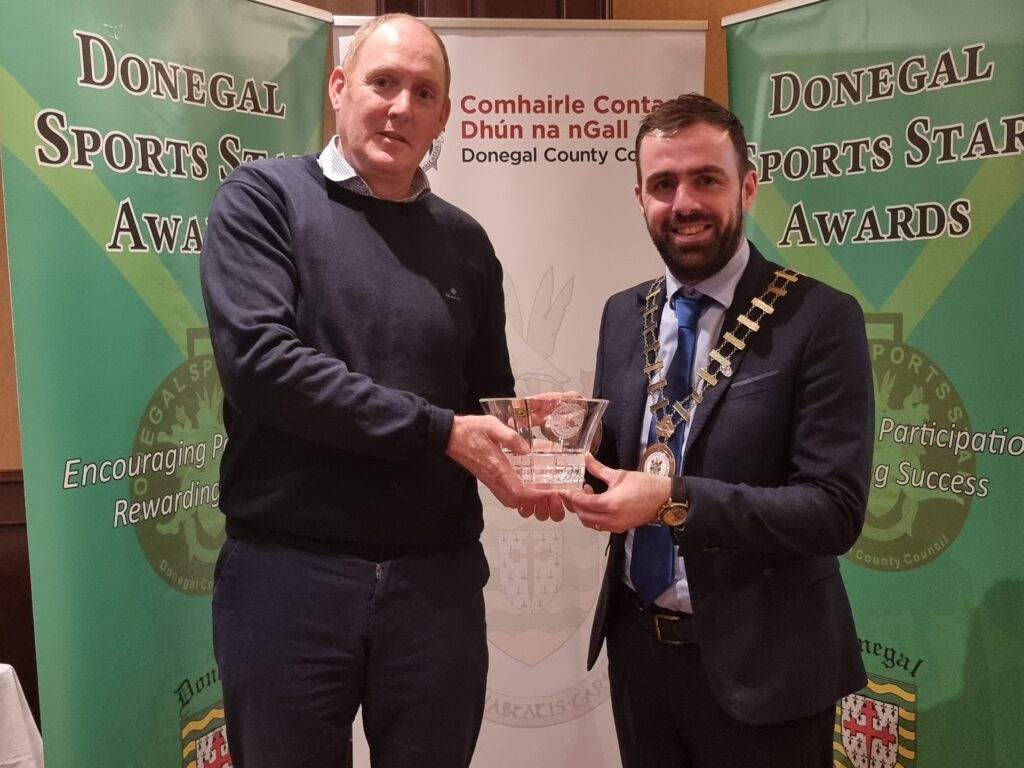 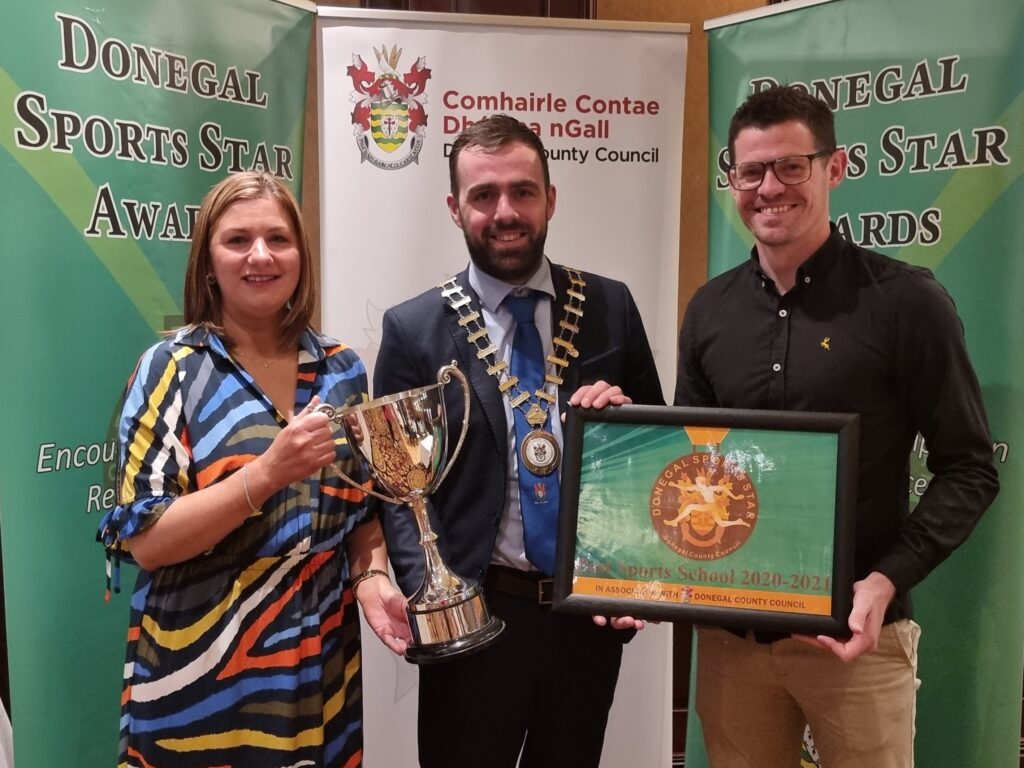 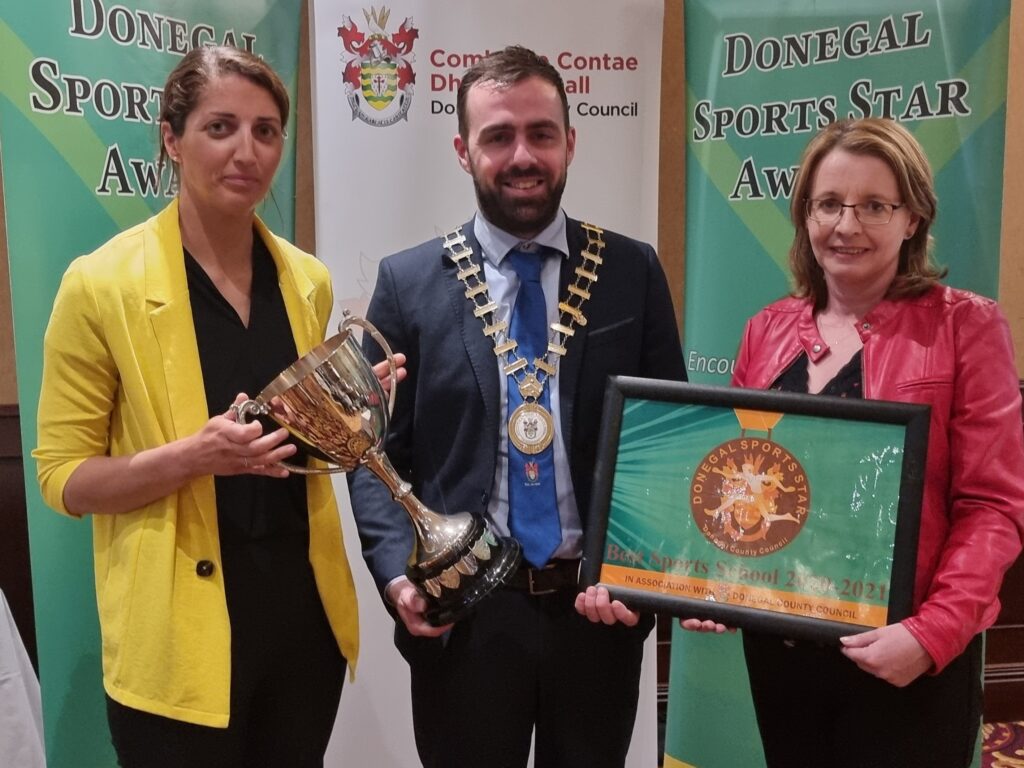 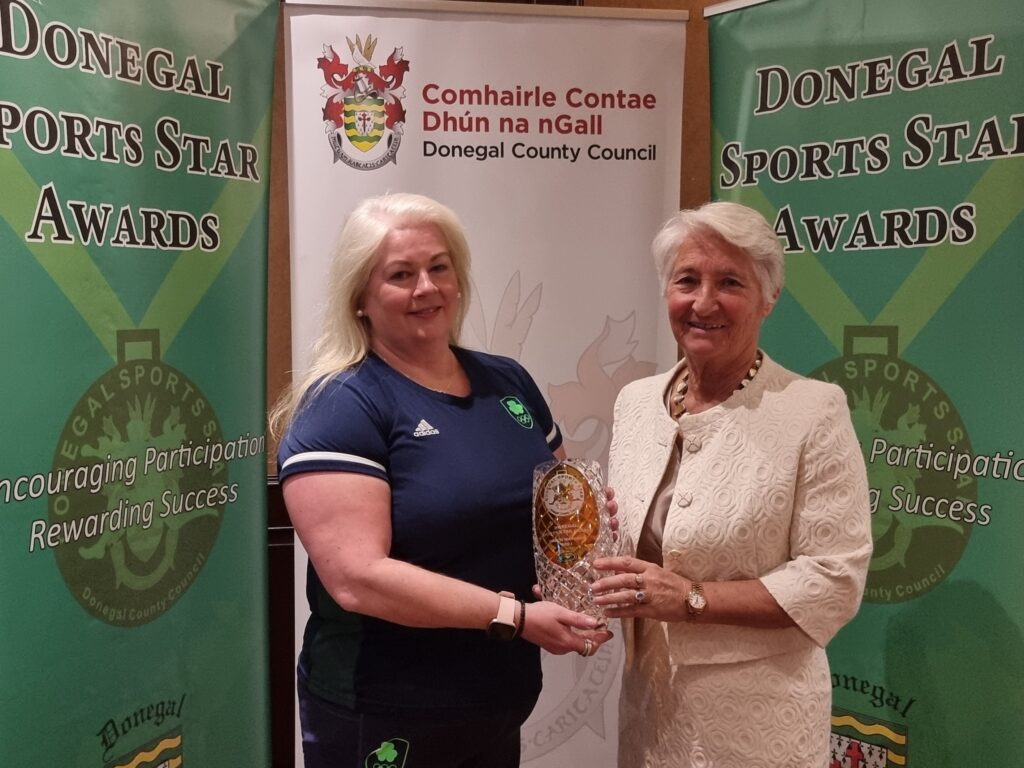 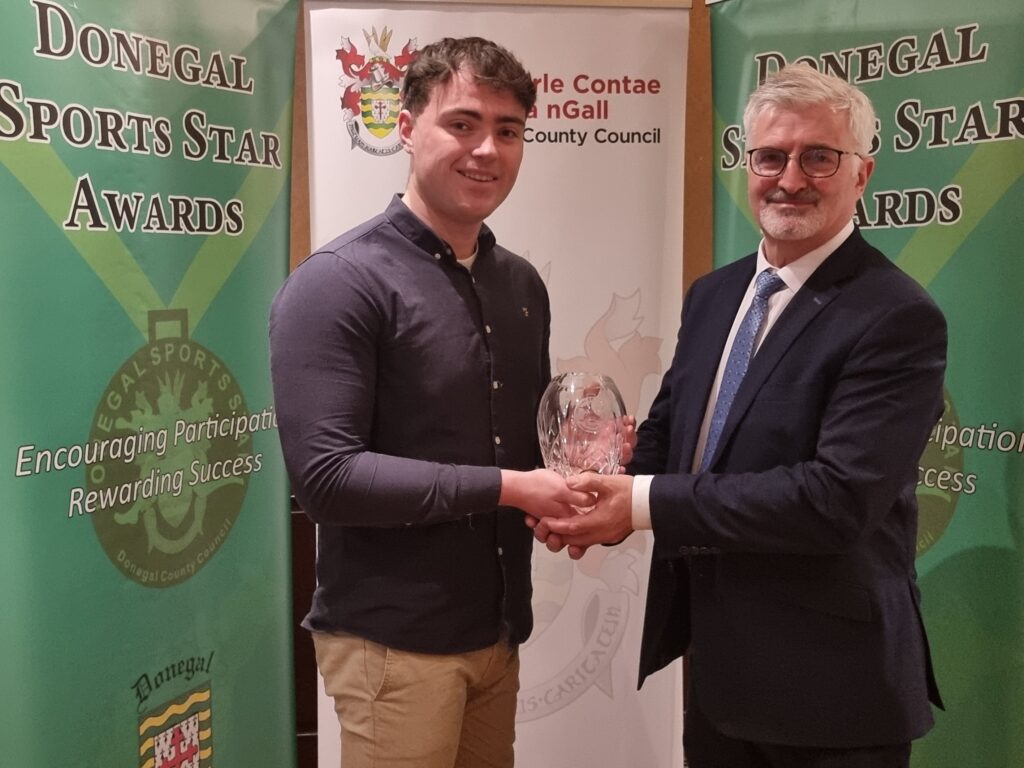 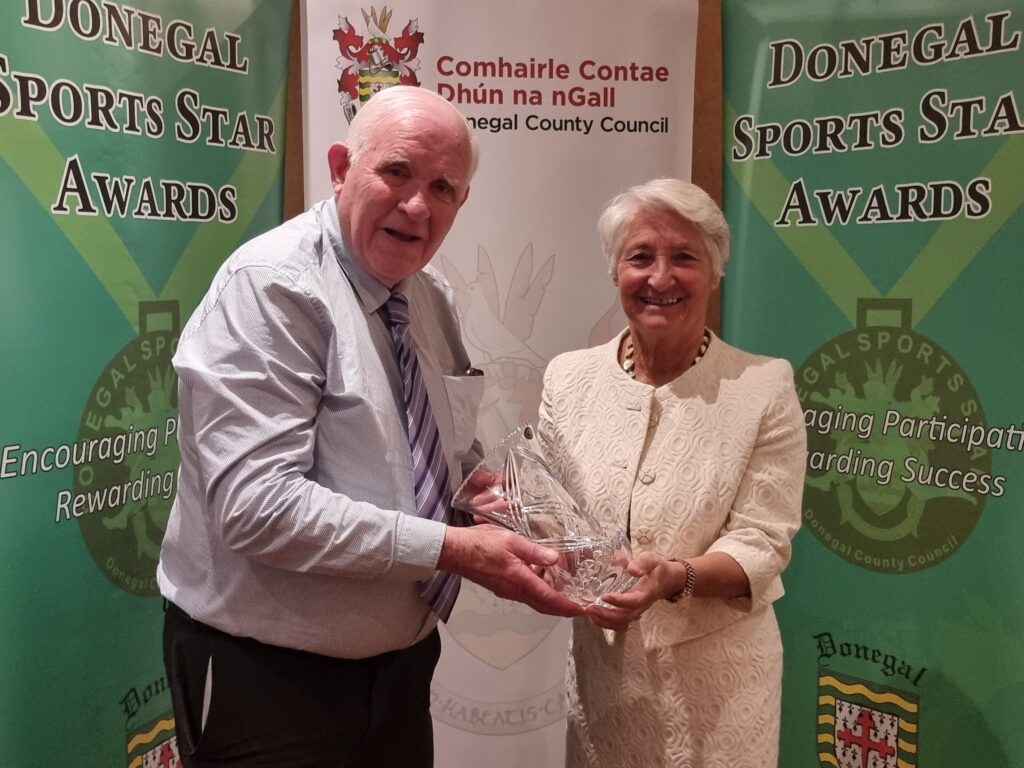 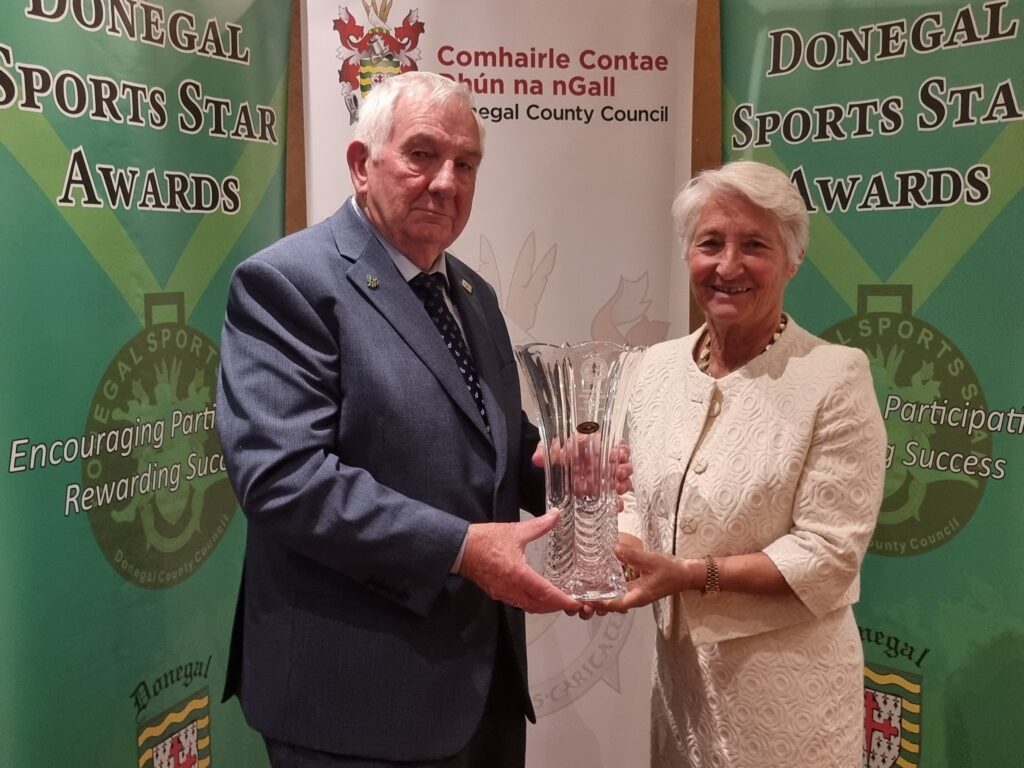 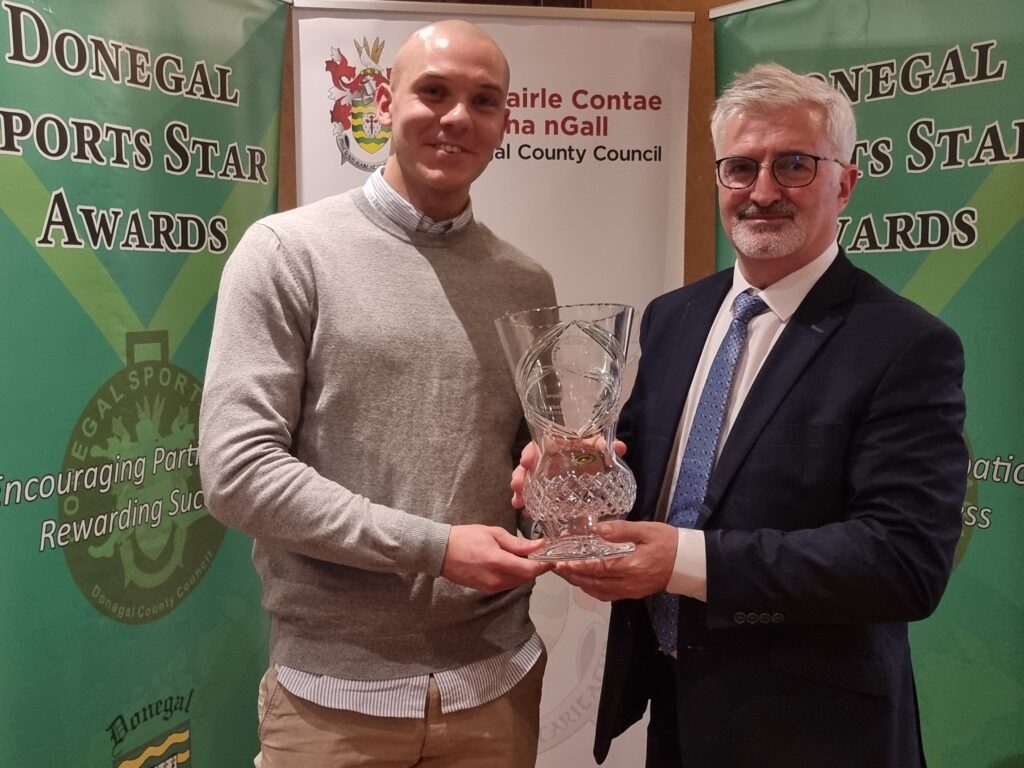 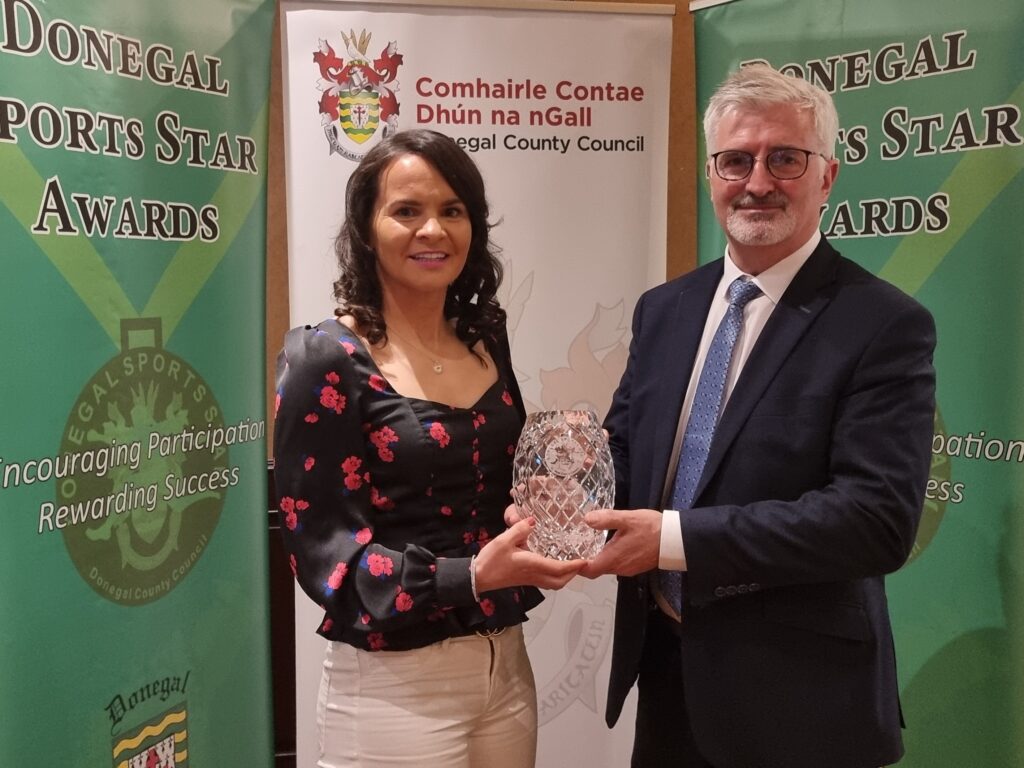 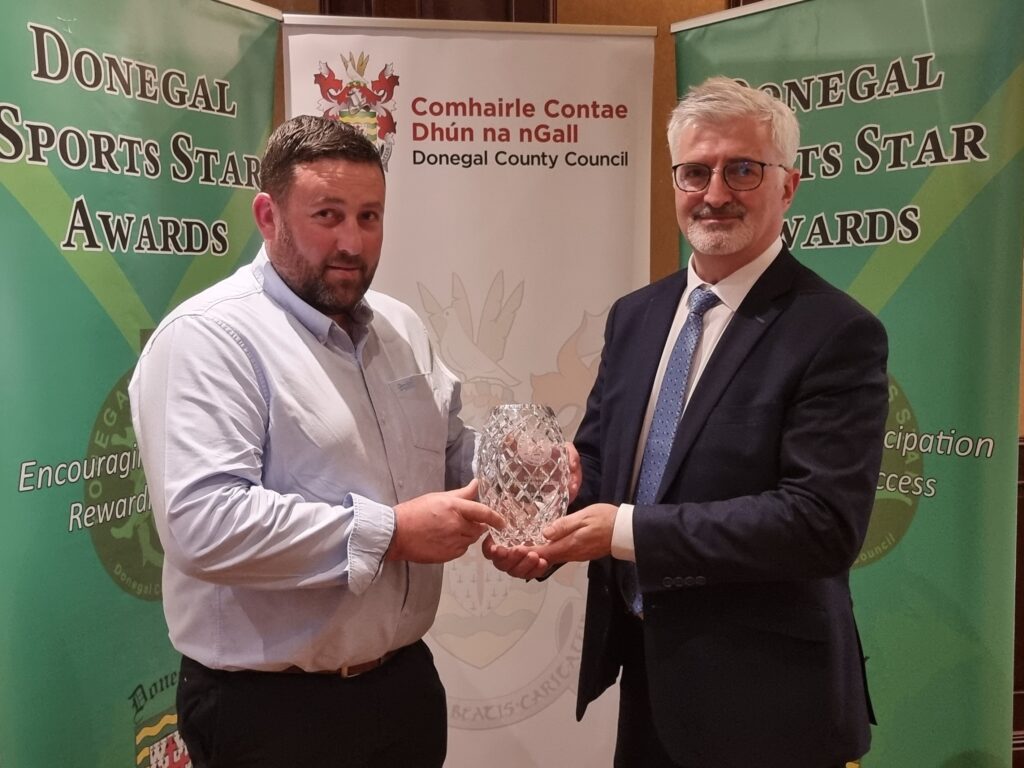 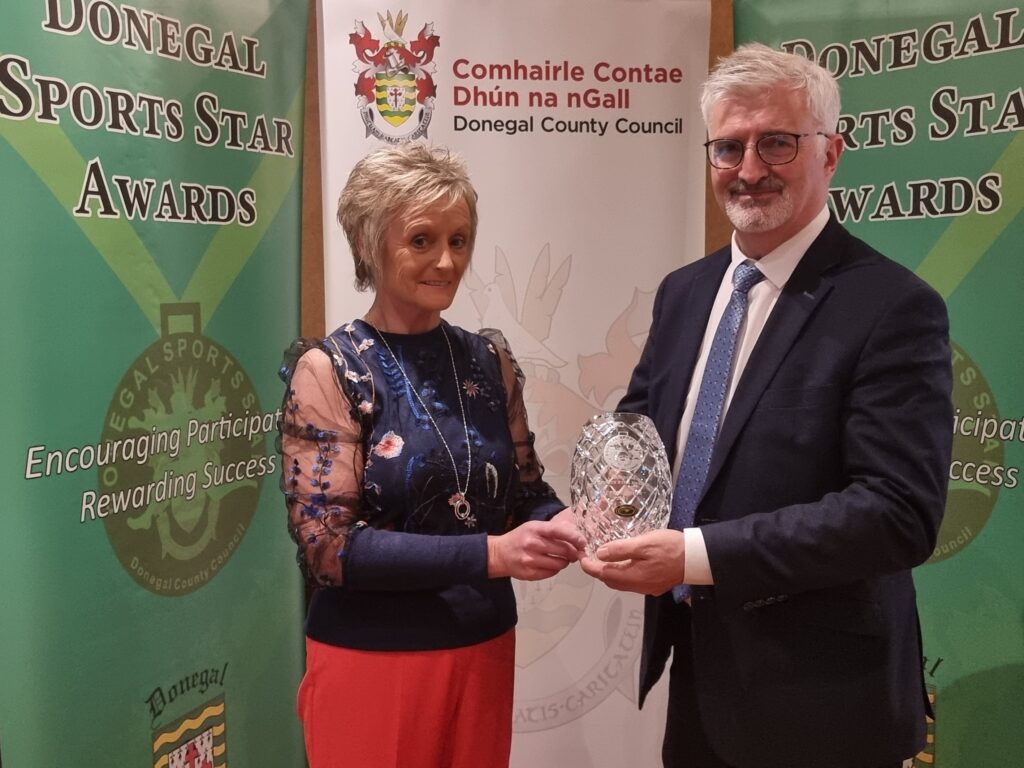 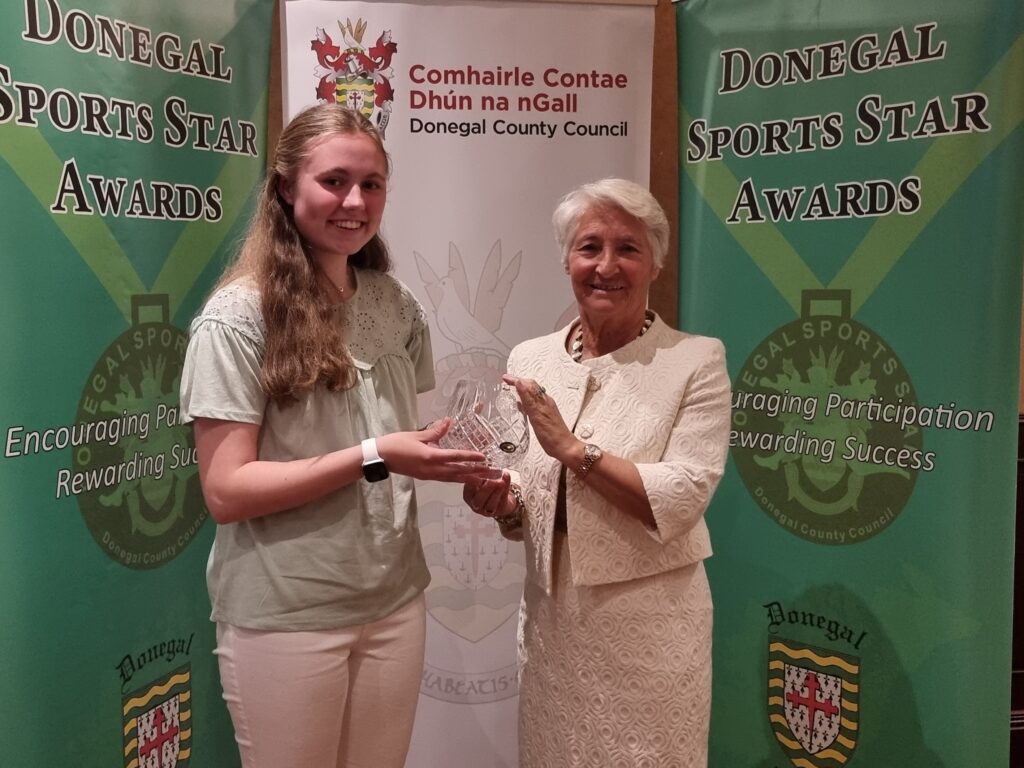