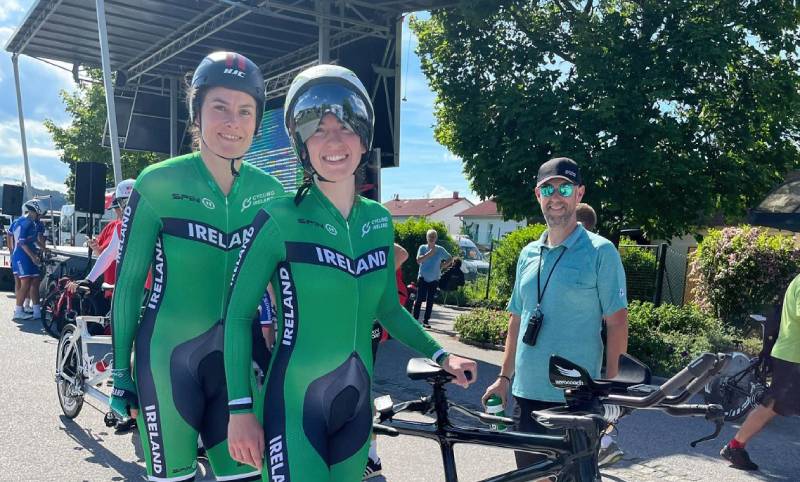 Gold for Katie George-Dunlevy at Euro Championships in Austria

Born in England, Katie represents Ireland as her father John Dunlevy is from Mountcharles. She is a current Paralympic champion.

Dunlevy and Kelly, a relatively new pairing, continued their winning streak from the World Cup to claim a third consecutive win as they went fastest in the tandem time trial .

Dunlevy told RTÉ: “Absolutely delighted with that and the European Championship jersey is something we really wanted coming here.

“It was a challenging course; it was a different course to last week in Germany and just thrilled with that.”

Dunlevy was diagnosed with retinitis pigmentosa (RP) aged 11 and is registered blind.

Gold for Katie George-Dunlevy at Euro Championships in Austria was last modified: May 28th, 2022 by Staff Writer
Facebook0Tweet0LinkedIn0Print0