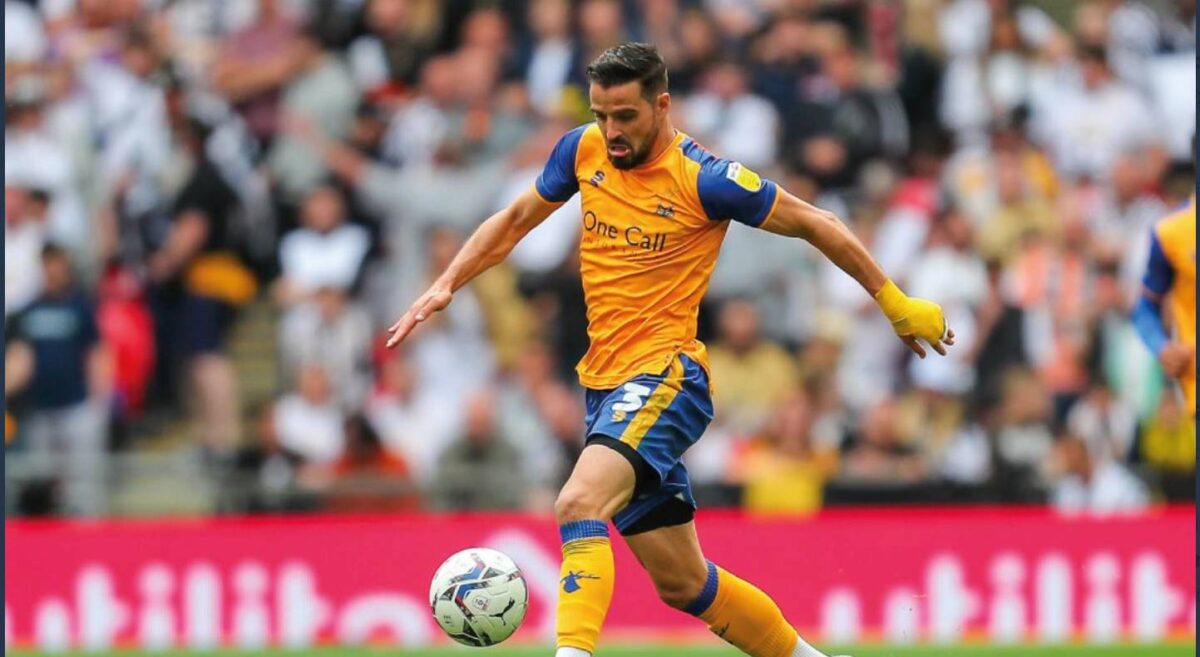 written by Dáire Bonnar May 28, 2022
Facebook0Tweet0LinkedIn0Print0

Stephen McLaughlin was left disappointed after his Mansfield Town side were defeated 3-0 in the League Two play-off final at Wembley.

The Isle of Doagh man scored the only goal of the game in the semi-final against Northampton but The Stags couldn’t win promotion to League One as they were outclassed by Port Vale.

After a cagey opening, Vale hit the post after 19 minutes through Kian Harrett and 90 seconds later, Harrett made no mistake with his chance.

Less than five minutes later James Wilson made it 2-0 and it went from bad to worse for Nigel Clough’s side when they went down to 10 men on the 35th minute as Oliver Hawkins was shown two yellow cards in five minutes.

Malvind Benning made it 3-0 with five minutes to go to secure promotion for The Valiants.

The former Finn harps and Derry City player joined Mansfield in 2020 and enjoyed one of his best seasons to date, scoring 8 goals and recording 10 assists this season for The Stags.