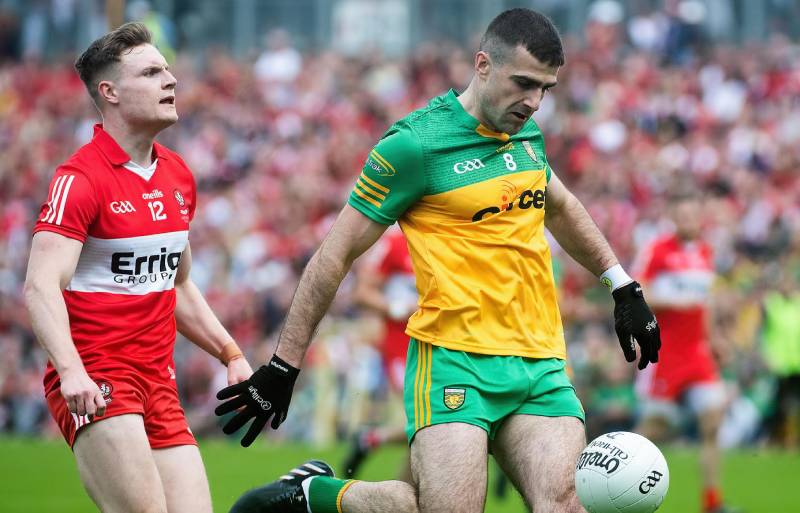 Extra-time required in Clones after Donegal and Derry draw

written by Dáire Bonnar May 29, 2022
Facebook0Tweet0LinkedIn0Print0

The Ulster final between Donegal and Derry has gone to extra-time as both sides were level after 73 minutes.

Derry took a two point lead in at half time at 1-6 to 0-7, courtesy of a Niall Loughlin goal, which was the first score of the game.

But Donegal levelled instantly in the second half through an Odhran McFadden-Ferry goal, and soon took the lead for the first time in the game.

A Shane McGuigan free brought Derry level with 10 minutes to go and neither side could find a winner as they scored 1-12 each.

Extra-time required in Clones after Donegal and Derry draw was last modified: May 29th, 2022 by Dáire Bonnar
Facebook0Tweet0LinkedIn0Print0