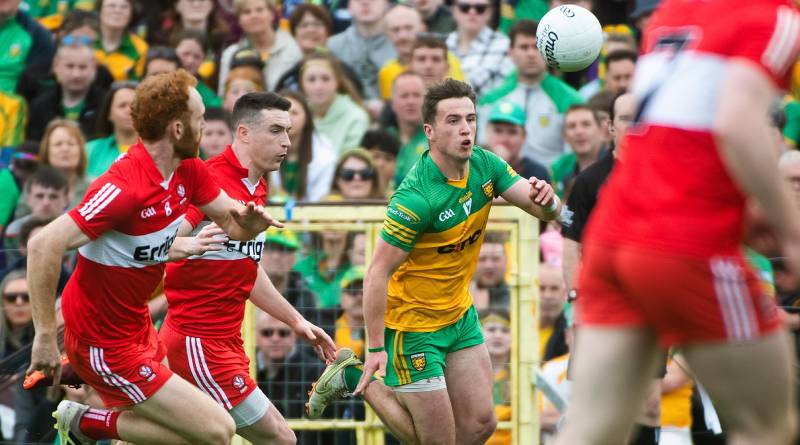 Peadar Mogan named in GAA.ie Team of the Week

Peadar Mogan was named in the GAA.ie Team of the Week along with three Derry players after yesterday’s Ulster final.

The Oak Leaf County beat Declan Bonner’s side by 1-16 to 1-14, winning their first Ulster Championship for 24 years.

But that didn’t stop Mogan from putting in a performance worthy to be named in the Team of the Week.

The St. Naul’s man scored three terrific points in the first half to keep Donegal in the contest.

Derry trio Brendan Rogers, Christy McKaigue and Conor Glass were all named in the side, while Rogers was nominated for Player of the Week.

The full-back had a brilliant game, scoring three points from play, while also defending well. 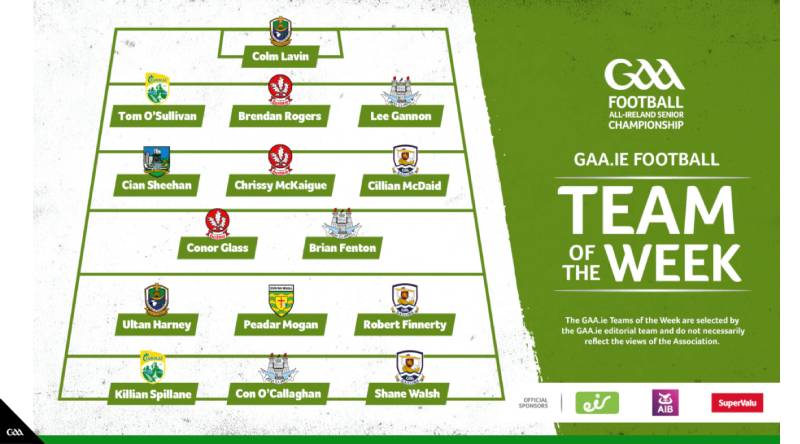 Peadar Mogan named in GAA.ie Team of the Week was last modified: May 30th, 2022 by Dáire Bonnar
Facebook0Tweet0LinkedIn0Print0