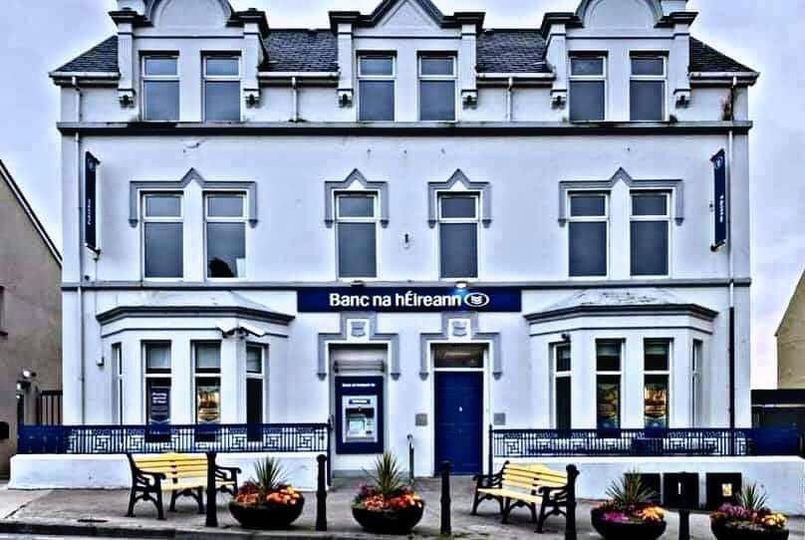 An ambitious plan by the Rosses Credit Union to purchase the Bank of Ireland building in Dungloe has fallen short.

The credit union, which covers a number of areas including the Rosses, Fintown and Arranmore, were hopeful of making the building its new home.

Unfortunately, the group was outbid at auction.

The identity of the new owner has not yet been made public.

The credit union admitted it was disappointed at not securing the building.

A spokesperson said “The building went to a higher bidder and to be honest we were disappointed.

“As a well established financial institution who stepped up to accommodate Bank of Ireland customers when they left we felt we may have had a chance of getting the building in order to accommodate the people of the Rosses, Fintown and Arranmore better.

“Regardless of this we do promise to be here for our members needs for a long time to come.

“Thank you all so much for the loyalty, support and positive good wishes. Go raibh maith agaibh.”