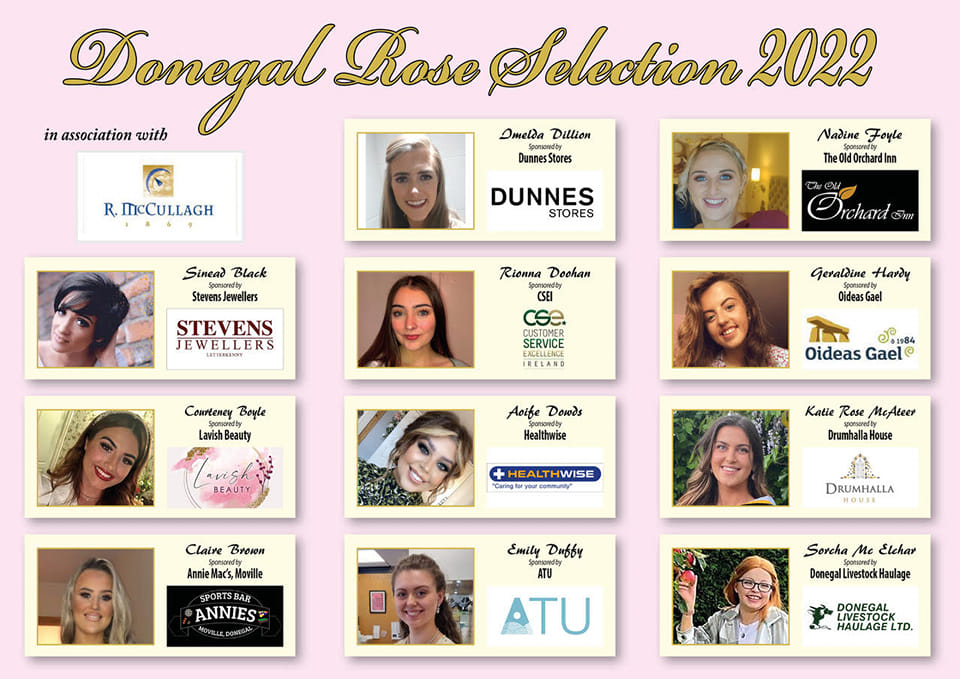 Eleven local women competing to be the next Donegal Rose

Eleven young Donegal women have been announced as finalists for the Donegal Rose selection this weekend.

The contestants are all hoping to be crowned the ‘Donegal Rose’ of 2022 and represent the county at the 61st Rose of Tralee Festival this summer.

The Donegal Rose selection night in association with R McCullagh Jewellers takes place in the Abbey Hotel Donegal Town on Saturday 4th June. Chloe Kennedy, from Donegal Town, Donegal’s longest-reigning Rose, will be handing over her sash on the night.

Chloe has held the title since 2019 due to the festival being halted during the pandemic. “We wish to thank her for being the most wonderful ambassador for the Rose of Tralee International Festival,” the committee said.

After a two year hiatus due to the pandemic, organisers of the annual International Rose of Tralee festival confirmed it is returning in August. There is a change of venue this year, with the televised show being broadcast from Munster Technological University’s Kerry Sports Academy instead of the famous Dome.

Eleven local women competing to be the next Donegal Rose was last modified: June 2nd, 2022 by Rachel McLaughlin
Facebook0Tweet0LinkedIn0Print0