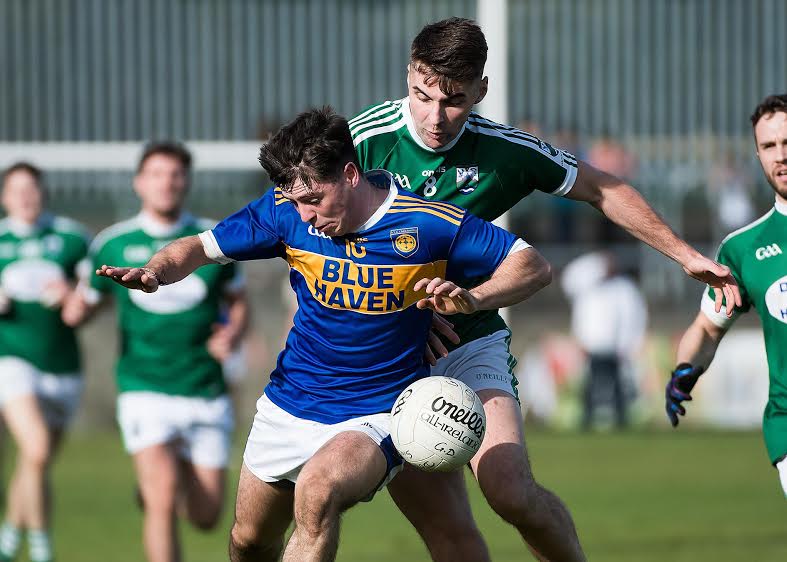 The first half produced just two scores, a goal for the Letterkenny side and a point for Kilcar – and that summed up an very unexciting game.

St. Eunans were gifted an opening goal when Darragh Mulgrew intercepted Kevin Campbell’s kick out and set up Eoin McGeehin who blasted the ball to the net in the 5th minute.

That was it in terms of scores until Ryan O’Donnell pointed for Kilcar in the 21st minute.

Both teams were guilty of some poor shooting, resulting in the wide count increasing rather than the scoreboard.

Two Kilcar points from Ciaran McGinley and Ryan O Donnell in the opening seven minute of the second-half had them on level terms 1-00 to 0-03.

Eunans regained the lead in the 41st minute with their first point from Darragh Mulgrew but Brian ODonnell responded with an excellent score to leave them back on level terms 1-01 to 0-04. .

Kilcar took the lead for the first time in the 53rd minute, Andrew McClean made a super run taking him past several defenders before laying off to Daniel Lyons who coolly slid the ball low to the net, 1-01 to 1-04 .