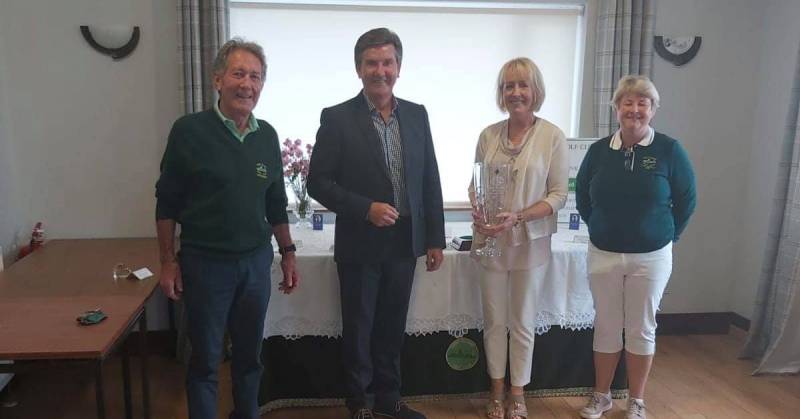 When you hear of Daniel O’Donnell winning a competition, golf isn’t really the first thing that comes to mind.

But the Kincasslagh singer scored 45 points as he defeated all his competitors at Cruit Island Golf Club at the weekend.

Daniel, who lived on Cruit Island before selling his luxury home for a whopping €3 million in 2007, still enjoys golfing at the club, stating that golfing on Cruit Island Golf Course was his favourite place in Donegal, with the views of the islands and the tranquility making it worth going there.

A spokesperson for the Club said: “He won’t mind me saying so but I don’t get to write about yesterday’s winner picking up prizes too much.

“That of course is mostly down to his busy schedule and not getting to play as often as he would like, but over the weekend Daniel O’Donnell was on his ‘Donegal Shore’ and the ‘Magic was there’ as he posted a fantastic winning score of 45 points. 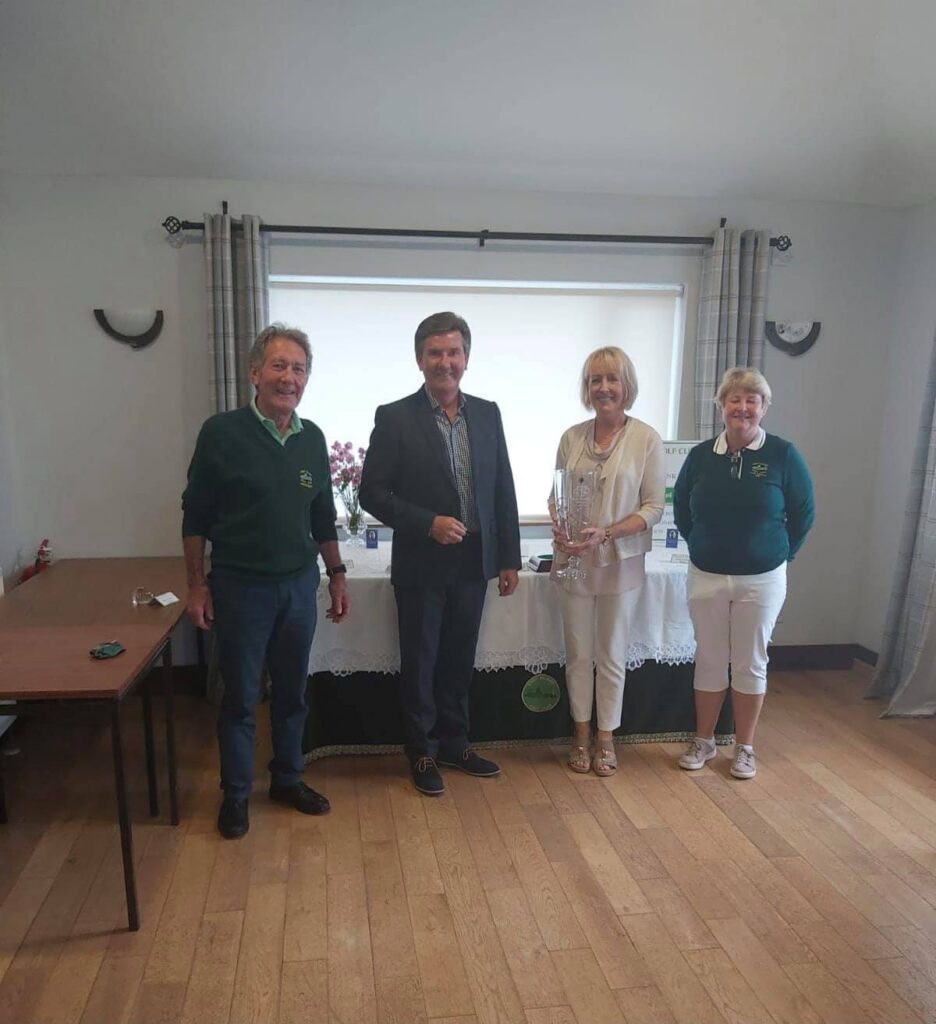 Daniel at the Presentation of Prizes at the 2021 Daniel O’Donnell Open at Cruit Island. Credit: Cruit Island Golf Club Facebook

“Could June be a month for famous winners at Cruit Island as Packie Bonner told me over the weekend that he is eyeing up his brother’s Captain’s Prize at the end of the month. Well done to Daniel and all the prize winners and what was a glorious weekend on the links.”