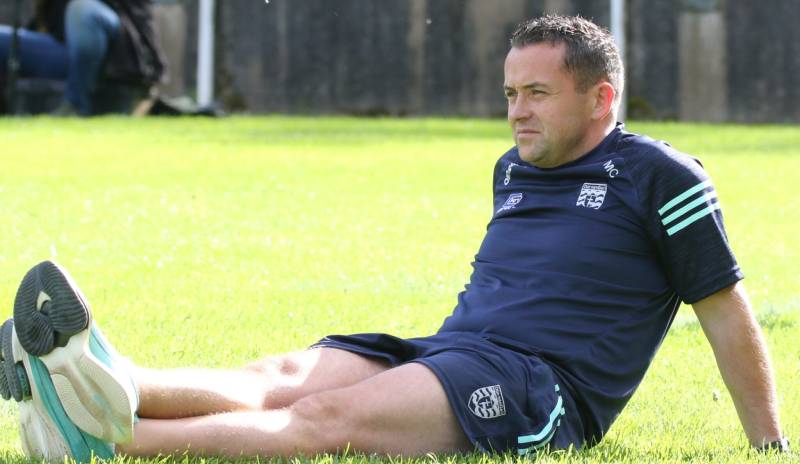 Donegal given late scare in victory over Waterford

Donegal got off to the perfect start in the All-Ireland Senior Championship with a win over Waterford, but they didn’t have it all their own way at St. Brendan’s Park in Birr.

Geraldine McLaughlin’s sharpshooting from frees was vital to the win. The Termon woman scored seven of Donegal’s 10 points, with six coming from frees.

After two points in the opening 10 minutes for Waterford, they would then see Maxi Curran’s side score seven points without reply as Donegal eased into a comfortable lead.

A missed penalty from Kelly Ann Hogan looked crucial but an Aisling  Mullaney goal got Waterford back into the game and were within a point of their opponents with just over five minutes to go.

But Yvonne Bonner’s point forced Waterford to go long in search of a goal.

Waterford grabbed the first score when Hannah Power scored from play but McLaughlin scored her first free in reply.

Donegal were behind again when Lauren McGregor got what would be Waterford’s last point for over half an hour.

Katy Heron scored Donegal’s first point from play with 20 minutes gone and soon after Donegal had the lead.

McLaughlin’s free was hit over and the scoreline would read just 0-3 to 0-2 at half-time.

In the second half, Donegal would quickly edge ahead as Waterford made sloppy fouls, and within 10 minutes of the restart, they were 0-8 to 0-2 up courtesy of four McLaughlin frees and a Susanne White score from play.

However, at a two point game, Katie Murray was fouled in the box but Kelly Ann Hogan stepped up and missed the penalty.

Waterford would creep back into the game as Chloe Fennell’s score gave them a bit of confidence and moments later Kelly Ann Hogan found Aisling Mullaney who slotted the ball past Roisin McCafferty and into the net.

McLaughlin’s first and only point from play gave Donegal a three point lead again but points from McGrath and Bríd McMaugh made it 0-9 to 1-5.

Yvonne Bonner relieved the pressure of a one point game with a huge score and as Waterford looked for a winning goal, Donegal held firm to give them a massive chance of reaching the quarter-final stage of the All-Ireland.

Donegal face Cork next Sunday in Clane, Kildare for a chance to win the group.