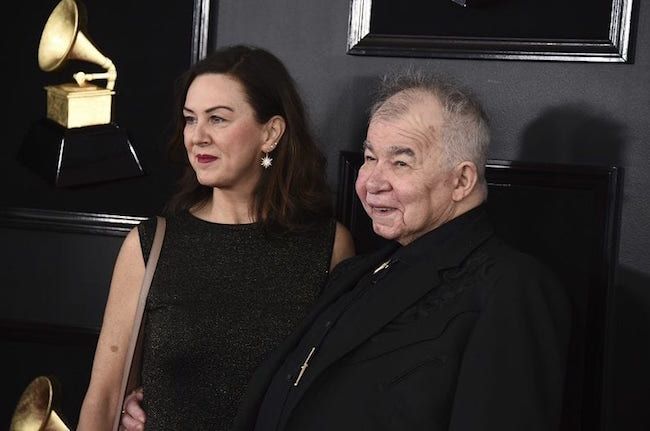 Fiona Whelan-Prine has said that her late husband John Prine enjoyed coming to Donegal as it reminded him of his early life living in Kentucky.

The wife of the famous songwriter was from Ardara and often they would holiday in Ireland.

During times spent in Ireland, Prine enjoyed going to Green’s bar in Kinvara, Galway. He would spend summers playing with fellow musicians such as Paul Brady, Declan O’Rourke and Sharon Shannon.

“He saw himself as part of that community at grassroots level, especially when the children were younger,” Whelan-Prine told the Examiner.

“He loved the simplicity of life among the artists, musicians, writers and poets in the small communities gathering in the pub and singing songs.

“There is so much about it that he appreciated, you just don’t get that so much anymore in America. Ireland is a unique place; there’s nowhere else like it. I’d take him back to the village I’m from in Donegal, it reminded him of his early life in Kentucky.”

His wife, Fiona is still coming to terms with her beloved husband’s passing, but is determined to keep his legacy alive, and is taking to the road with artists he endorsed on Oh Boy Records, the label Prine co-founded in 1981.