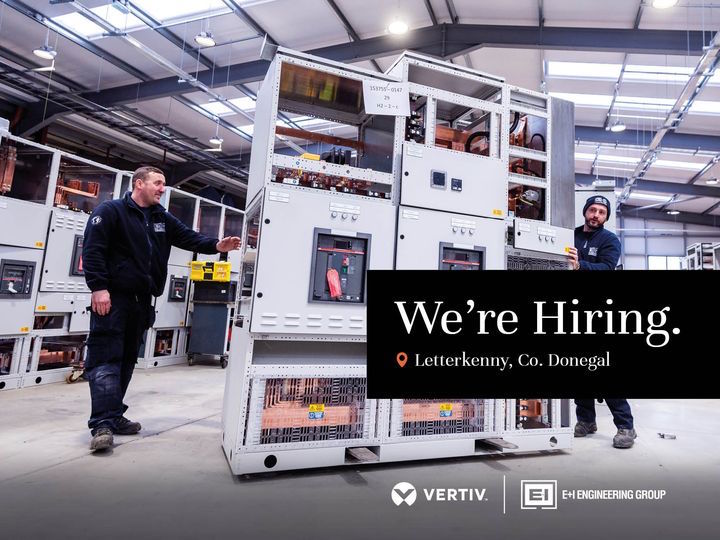 The company are this week advertising for a range of positions for workers to fill vacancies at their company base on the site of the old Unifi plant.

The jobs include both production and office-based roles.

The company announced “A new E+I Engineering factory has opened in Letterkenny with an additional 250,000 sq ft to serve our customers globally!

“Wide range of job roles available at this location – both production and office-based.”

A skeleton staff has operated on the site since September last.

The company, which has its headquarters in Burnfoot, was last year sold for almost $2 Billion to the American giant Vertiv.

But plans for the Letterkenny site are pressing ahead with the new facility planning to create up to 100 jobs initially.