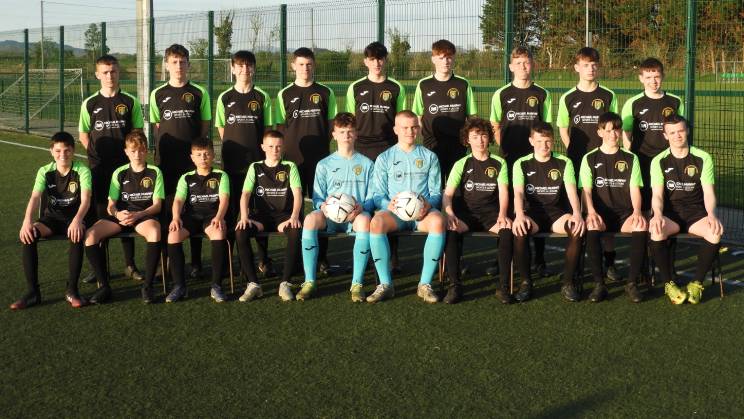 Donegal Schoolboys finished first in their Kennedy Cup group and will face Cork in their quarter-final match today.

The schoolboys started the competition with an opening day 2-1 win over Lisburn Castlereagh, while they defeated the two Louth sides 1-0 yesterday in a double header.

Peter Sweeney of Cappry Rovers and Corey Monaghan of Copany Rovers got Donegal into a 2-0 lead over Lisburn, while Sam Rogalski got Lisburn Castlereagh’s goal.

Kyle Bonner of Keadue Rovers was the goalscorer in the win over Drogheda, while Monaghan scored his second of the tournament to seal Donegal’s 100% group stage record as they defeated Dundalk.

Not the most free scoring of sides, the Donegal side have been solid in defence and will hope to continue that when they face Cork at 5pm today in Limerick in the quarter-final.

Meanwhile, Inishowen Schoolboys are in the Kennedy Trophy for teams that finished 4th in their group and face North Tipperary at 11pm in their quarter-final.

Inishowen were defeated 4-1 by group winners Waterford on the opening day, despite being level at half-time, Olly Coyle of Carn FC with the goal.

They then lost 6-1 to Mayo, with Adam McColgan of QPS getting the goal.

They would have been disappointed not to win their final game as they were 2-0 up against West Cork but ended up drawing 2-2.