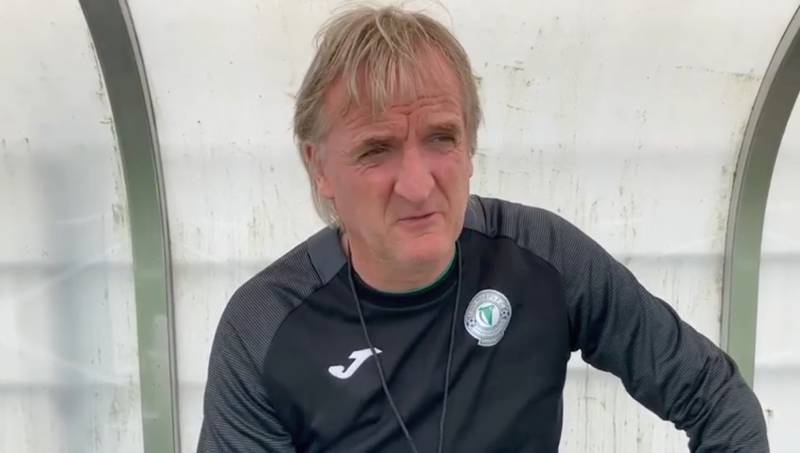 Ollie Horgan was left frustrated after Finn Harps’ game against Bohemians was called off last weekend.

Harps were due to return to league action against the Dublin club after a two week break but the game was called off three days before.

Gavin Bazunu’s injury for the Republic of Ireland resulted in Bohs ‘keeper James Talbot being called up to the senior squad, which in turn was the reason for the postponement, much to Horgan’s disappointment.

Horgan said: “Financially it was obviously a hinderance, we needed a home game on the Friday night with the gate.

“We’d have been happy with the game to go ahead and run off a few suspensions that have now been carried over to Sligo.

“We had come back a bit earlier off a break to prepare for Bohs and we were very disappointed when the game didn’t go ahead.

Before the break, an agonisingly late goal conceded against rivals Derry prevented Finn Harps from picking up their third win of the season and despite playing well, the Harps manager would much prefer the three points over a good performance.

He added: “We played well but we still didn’t win. You’d much prefer to not play as well (as we did) and win.

“It would be great to get back to the situation of being stubborn and getting the odd draw or win.”

With a tough away trip to Sligo Rovers coming up now on Saturday, Horgan is hoping for a result but knows it is never an easy game.

Horgan also admitted that it’s never easy coming up against a team who have recently appointed a new manager, as John Russell was officially appointed the new manager of the Bit O’Red at the beginning of the month.

“The timing can never be good, even when we’re going very well and Sligo are not going well it’s a hugely difficult place to go but we need to try and get something out of it.”