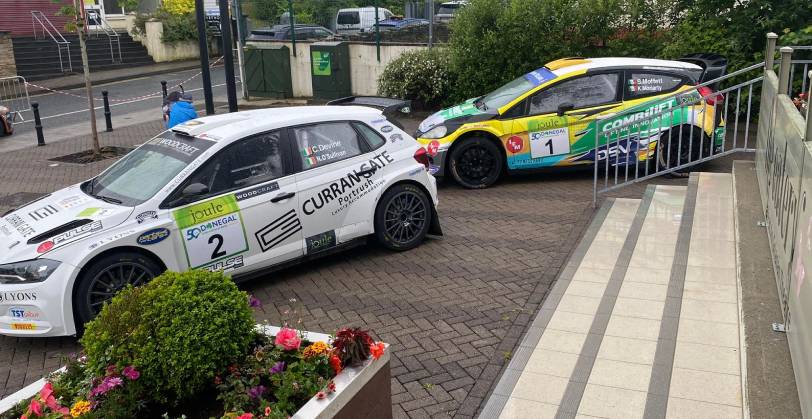 Derry man Callum Devine set an impressive time as he was fastest through the first stage of the Donegal International Rally.

Devine and co-driver Noel O’Sullivan clocked in a time of 7:52.8 in the Dooish Hill stage in their VW Polo GTI R5, almost a full eight seconds quicker than their nearest competitor.

Three time British Champions Matt Edwards was the next quickest in a time of 8:00.3 in the Citroen C3 Rally 2.

2019 winner Sam Moffett clocked in at the end of the first stage 18 seconds behind Devine, with a time of 8:10.1 while his younger brother Josh was just quicker in 8:07.1.

Donegal man Damien Tourish was quickest in the modified class with an impressive time of 8:14.5, moving him from 20th to 10th.

Kevin Eves and Chris Melly look to have suffered a setback as they finished the first stage in 13:13.9