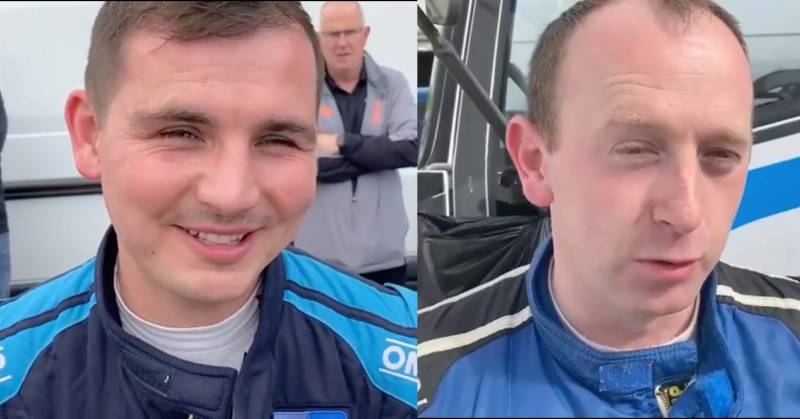 Callum Devine, Kevin Gallagher and Alasdair Fisher spoke to Donegal Daily after day one of the Donegal Rally to judge their own performances.

It’s been a good start from all three men, but particularly from Devine, who leads the way from everyone with a 5.8 second lead to Matt Edwards in second.

Callum said: “We were pleased with our pace so far today and to be leading Donegal is something to be said, it’s not easy to get into that position so it’s been a good day.”

Donegal man Kevin Gallagher is leading the modified class 14s by 1.7 seconds from James Stafford, while Damien Tourish is third, five seconds back.

Kevin said: “The stages suit the car and it suits me too down more in home territory. There’s a lot of mileage tomorrow, it’s a big day so you need to be preserving the car a small bit again.”

Meanwhile Alastair Fisher is in third place and knows he has his work cut out to catch Callum Devine and Matt Edwards ahead.

“Thirty (seconds behind) at the end of day 1 isn’t ideal but we’re just going to have to get stuck in in the morning. There’s still a lot to play for obviously, the two boys are battling up the front but we have to keep the pressure on.”