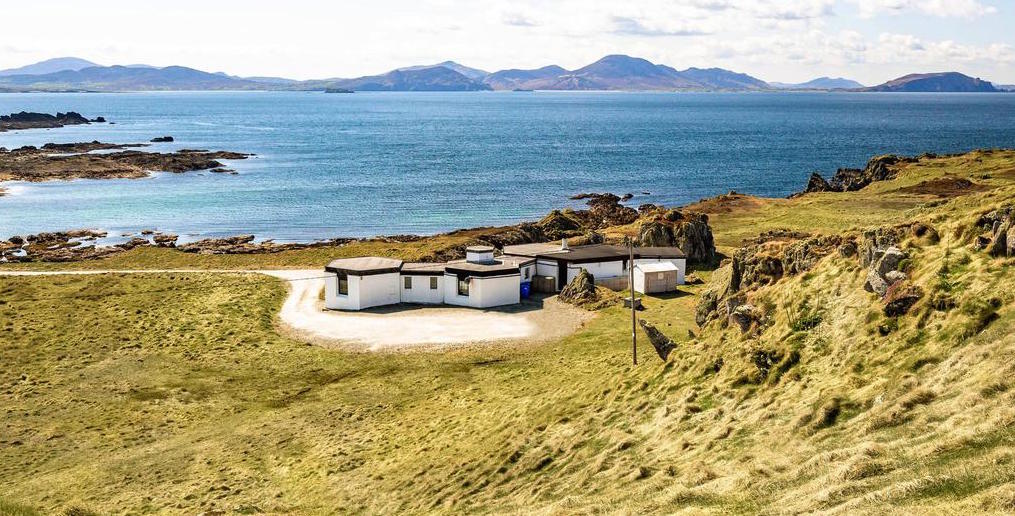 Donegal cottage at centre of Star Wars filming on market for €1.5M

A stunning double property in Malin Head on which scenes from a Star Wars movie was shot has been put on the market for €1.5M.

Breasty Bay House and Skildren Cottage is owned by the Cormack family but has been put up for sale through estate agents Savills.

The 1970s built property has stunning sea and coastal views as well as 55 acres of land.

Just weeks after moving into their dream home, the Cormacks were told the previous owner had agreed to allow movie scenes to be shot on their land.

However, they didn’t realise they were scenes from one of the world’s most successful movies.

“However, the owners of Breasty Bay House told us they’d agreed to let a film company shoot there for a few months coming up and that we’d have to honour that. Not thinking much about it, we said it wasn’t a problem.

“Later a location manager called in to say hello and get us to sign non-disclosure contracts. The next thing we knew there were buses, vans, portacabins, bulldozers, over a hundred people, security everywhere.”

Also filming in the Cormacks’ front yard were stars Mark Hamill and Daisy Ridley. “We didn’t realise it was Disney or that the film was The Last Jedi,” says Emma Cormack. “I’d never seen any of the films nor knew much about them. The kids did of course.” 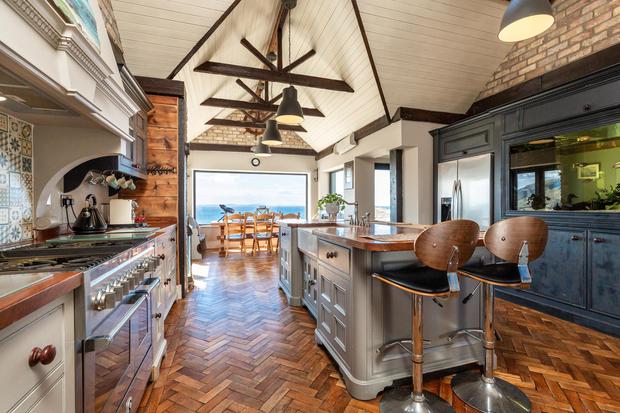 “There was the strictest secrecy. We weren’t allowed carry phones with cameras outside. One day we had to ring ahead to the film company because basking sharks had come into the bay and we wanted to take pictures of them.

“Mark Hamill stayed for the duration of filming at Skildren Cottage and he loved his time there.”

The listed house was designed by acclaimed Irish architect Liam McCormick whose work also includes Met Eireann’s HQ in Glasnevin and the 1967 St Aengus’s Church in Burt (in 1999 it was voted Ireland’s ‘Building of the Century’).

Workers and craftsmen, including extreme scaffolder Eddie Gallen from Lifford, were then called in to build a 12-metre long model of the famous Millennium Falcon right on the edge of the Cormacks’ rocks.

Arriving in twelve pieces, it required serious anchoring against the belting Atlantic winds. “It literally took six weeks to get it up,” says Emma.

Johnston is said to have taken his inspiration from a burger with an olive on the side — giving the ship its famous projected and glazed bubble cockpit on the right side, and he added its distinctive frontal cargo gripping mandibles.

The Cormacks had to keep well out of the way. “But of course we had to go have a look as much as we could and the atmosphere was really fantastic on the set. And after the filming was done, they cleaned it all up. It was as if they’d never been there at all.”

This was important for Emma Cormack who has long taken an interest in protecting the environment and has devoted her time here to rewilding the 55 acre site.

“It’s amazing the wildlife we see here through the seasons, it’s a really special place.”

The same otherworldly qualities that attracted a blockbuster Hollywood franchise’s location scouts (famously they also filmed at Skellig Michael) was also what attracted the Cormacks to Breasty Bay and Skildren Cottage in the first place, and helped them run a successful holiday let business here. 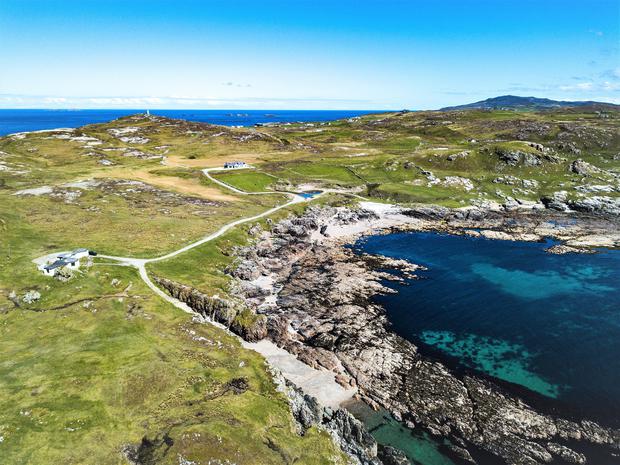 “So we started making the sort of changes which we felt would make a difference.”

The result is a home that is indeed very un-bungalow and more like a quality boutique guesthouse of character in standard and finish. There’s a panelled and tiled entrance hall running into the open plan kitchen and dining room.

The kitchen comes with an island, hardwood parquet flooring, exposed wooden beams and a wall-mounted double-fronted aquarium which can be viewed from both the kitchen and the living room.

“The aquarium came with Declan’s interest in all things fishy.” He fishes here from rocks or the boat for mackerel, pollock, lobster and crab.

French doors lead from the dining room to a terrace area outside. The living room features a wood burning stove, with a sunroom off this. There are three bedrooms, all with en suite shower rooms.

The first floor includes an office/study with a Velux balcony window. There is a bathroom with a bidet, walk-in shower and a jacuzzi bath.

There is also some useful storage room upstairs. To the side is a garage and a boiler room.

Outside there’s a large natural freshwater pond between the house and the sea, complete with frogs and newts. There’s also a private beach with rock features.

Skildren Cottage on about 15 acres was designed by McCormick to maximise the panoramic sea views via its huge windows. It also has direct access to a private beach.

There’s an open plan kitchen/sitting room with sliding patio doors, a dining room with large windows to the sea. The master bedroom suite en suite shower room is off this living space.

There are three further bedrooms including one en suite, and a shared bathroom on a connecting corridor. Skildren extends to approximately 1,567 sq ft.

Now the Cormacks are selling up.