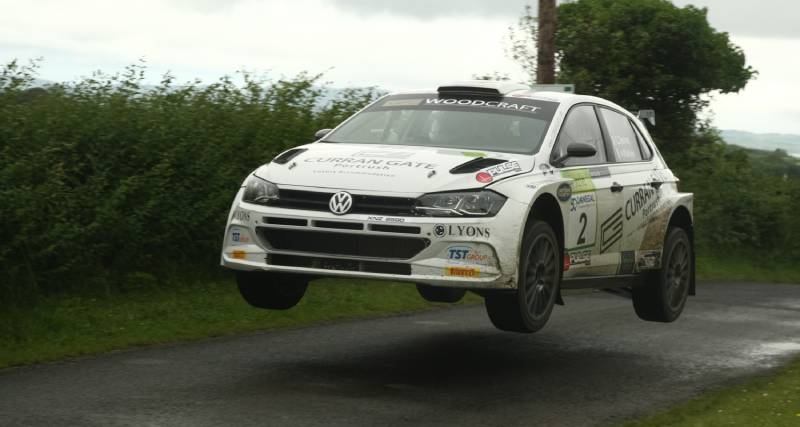 Rally leader Callum Devine has crashed out of the Donegal International Rally.

The Derry man boasted a 15 second lead heading into the final day but has crashed on the Gartan stage, the first of the day.

But he has a damaged car and is unable to continue the remaining stages.

Matt Edwards now has a 19 second lead over Josh Moffett, while Alastair Fisher is just a second behind in third place.

Meanwhile, one of the High Glen stages has been removed.

Stage 16 of the High Glen will not run due to a bereavement and removal.

Donegal Motor Club would like to send condolences to the bereaved family.