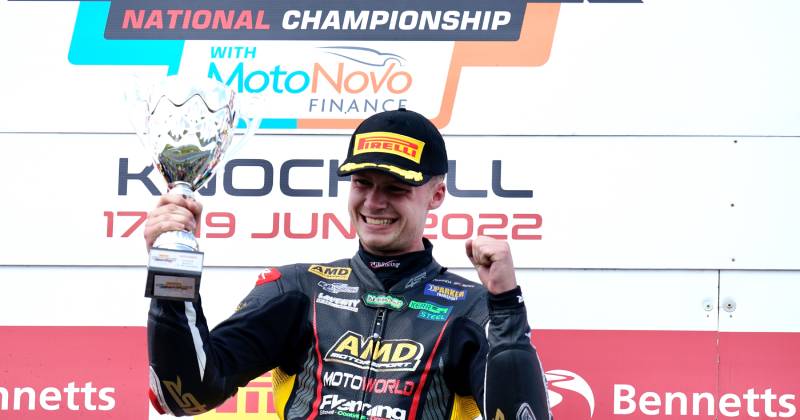 Back in race action for the first time in a month, Richard Kerr claimed a brilliant victory in the second Pirelli National Superstock Championship race at Knockhill on Sunday.

Competing at their home round, it was a first win in the class for the Kilmacrennan man and the Dumfries-based AMD Motorsport Honda team, who followed on from a strong fourth place in the first race on Saturday.

Keen to continue with the good form that saw him take his first podium in the class last time out at Donington Park, Richard did exactly that as he got his weekend off to the perfect start with the fastest time across Friday’s free practice sessions after lapping at 48.769s on the Honda CBR1000RR. 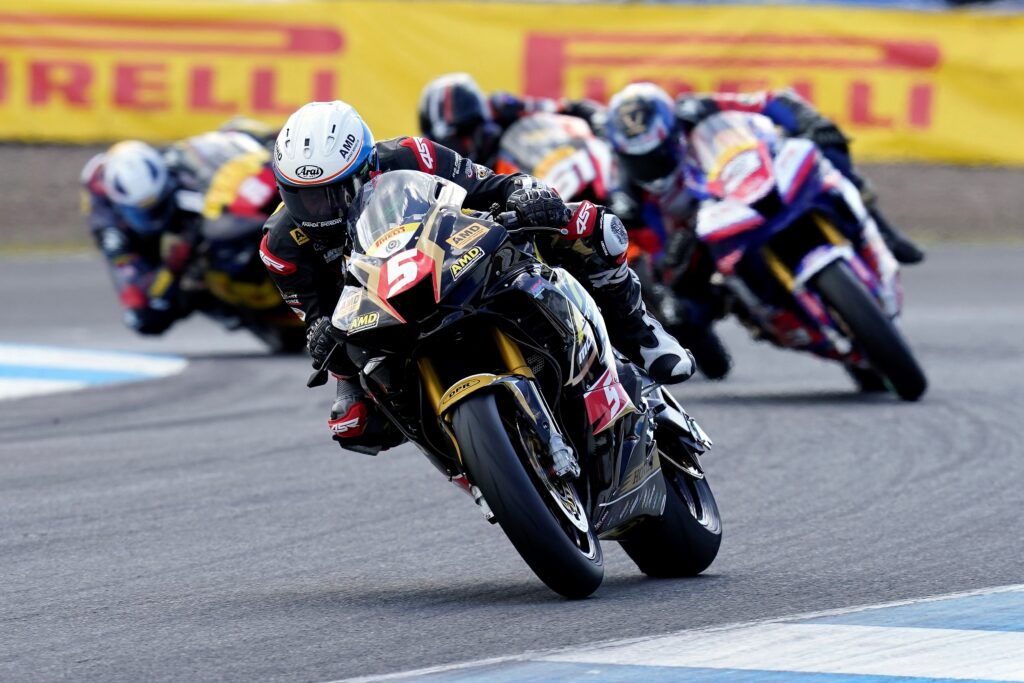 Saturday saw dry conditions all day albeit with a strong wind but there was to be no halt to Richard’s charge as he claimed second place in qualifying with a time of 48.698s, just 0.031s behind pole setter and fellow Honda rider Billy McConnell.

A perfect start to the afternoon’s 24-lap race then saw the Kilmacrennan rider grab the lead off the line and he duly led for the first half of the race, his lead at one stage more than a second. However, as the race wore on, fellow Honda riders McConnell and Brayden Elliott pushed him back to third and he was denied a podium finish when Tom Ward overhauled him in the closing stages.

Nevertheless, fourth place was another excellent result and he again lined up on the front row for Sunday’s second encounter, which was held over the same distance. Immediately slotting into third at the completion of the first lap, Richard moved up to second on lap four and then took the lead four laps later. 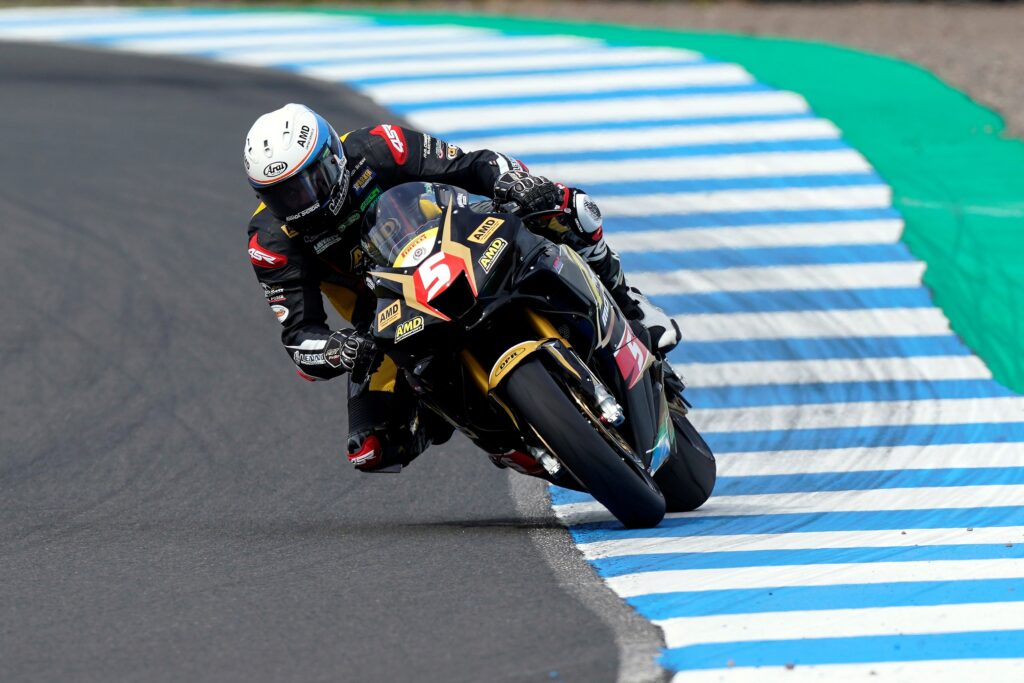 He then controlled proceedings from the head of the field and although McConnell briefly took the lead on lap 17, Richard immediately responded to take over once more. Despite the pressure he was under, Richard continued to hold onto the lead and although McConnell went up the inside of him at the hairpin on the final lap, Richard got better drive on the exit and duly took a brilliant victory by just 0.023s.

The haul of points from the two races helped move him up to sixth overall in the championship table and he’s now just 26 points behind the pace setting Elliott.

Kerr said: “I was a wee bit disappointed after Saturday’s race having led for quite a long time especially as I missed out on a podium as well but I learnt a lot. It was my first time leading in the Superstock class so it was a bit of an unknown for me but on Sunday, I knew more what to expect and when Brayden was leading I felt I had better pace so got to the front and did my own thing. We’d got the bike dialled in really well so I tried to stay as smooth and as consistent as I could.” 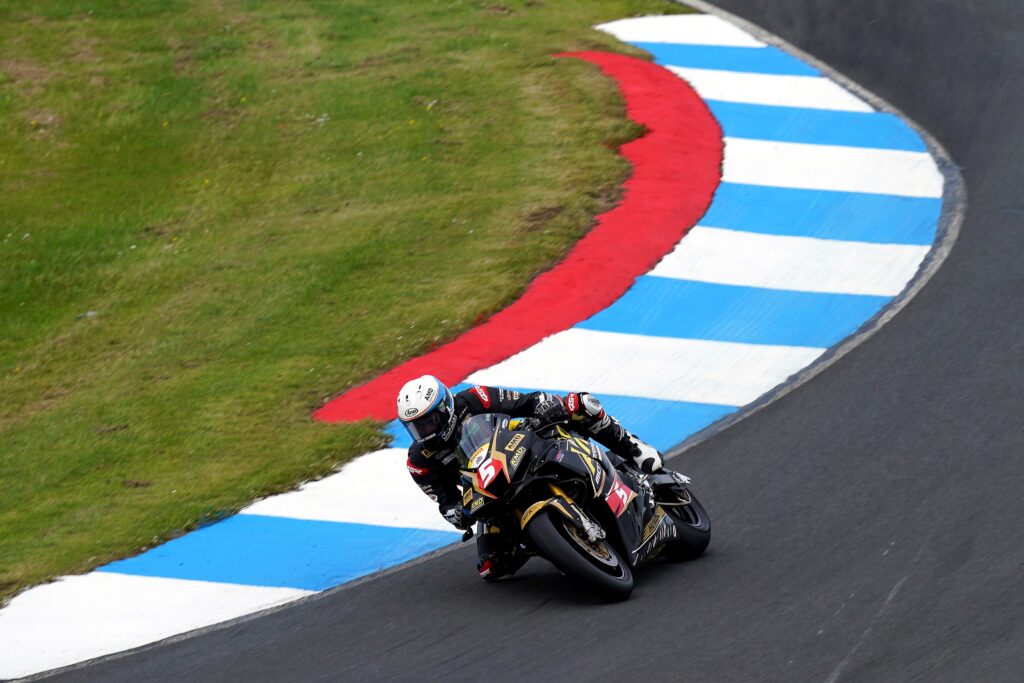 “Billy showed me his wheel with a few laps to go but the bike was a missile along the start and finish straight so I got back immediately and although he did the same on the final lap, I was able to get the drive down and get the verdict. I’m absolutely over the moon and after seven years in the paddock, it’s great to get a win.

“I’m really happy for my Dad too as he’s been with me the whole way so a huge thank you to the whole AMD Motorsport team and my personal sponsors. I’ve gained a lot of confidence from these last two rounds, at two very different circuits, so let’s keep the momentum going.”

Round five takes place at Brands Hatch, Kent on July 22-24. 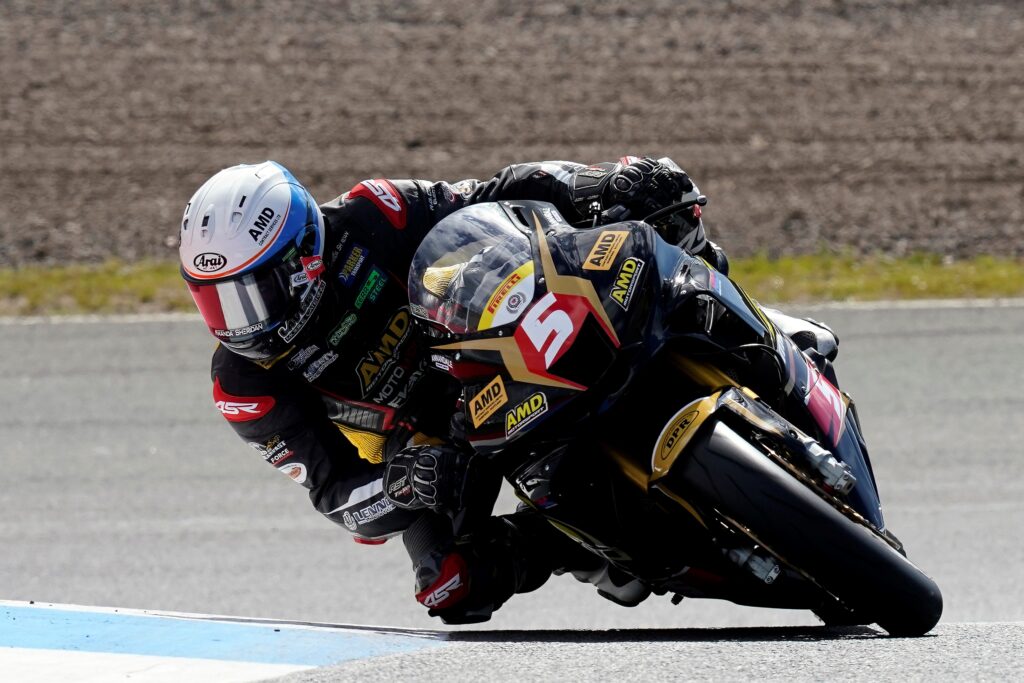