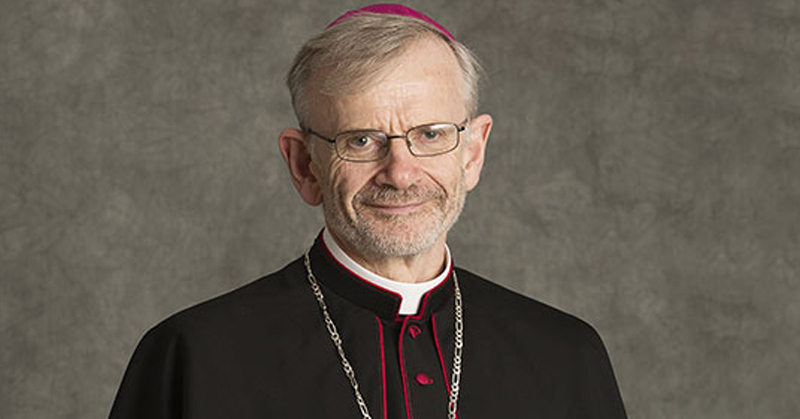 The Bishop of Raphoe has set out to connect communities across the diocese as it faces a changed future.

Bishop Alan McGuckian was speaking during a personal interview on his life, his hopes and his dreams with Shalom World.

“My dream is that we will discern God’s will together,” the Bishop said, as he moves forward with the Pastoral Plan for the Diocese of Raphoe for 2022 until 2024.

In the ‘Heart Talk’ interview with Enya O’Callaghan, the Antrim-born clergyman shared his faith journey and how he found God’s plan for him.

Bishop McGuckian tells how he came from a devoutly religious home, made up of four boys and two girls, with three of the sons becoming Jesuit priests.

Bishop McGuckian’s father was a successful businessman in farming and textile manufacturing, but faith always came first for the family.

“Faith was just a part of our lives, one that was esteemed and valued,” he said, recalling how he was an alter boy from the age of six.

He also opened up about the “fixed idea” of priesthood that would not leave him as he started his university education, but after his first year at Queen’s, he made the decision to become a Jesuit novice, where he said he realised God’s will for him.

In 2017, the-then Father Alan became the first ever member of the Jesuit Order to be appointed a Bishop in Ireland. Being assigned to the Raphoe Diocese, he said, was a happy moment in the life-changing journey.

“I have long associations and affections with County Donegal,” he said.

Since taking up the leadership role in Donegal, Bishop McGuckian has moved forward with a plan to make the diocese open and adaptable to change.  The plan, entitled Forward Together/Ar Aghaidh le Chéile, was launched during Lent of this year, placing Parish Pastoral Councils at the heart of the connection between priests and the people.

Watch the interview in full at: https://shalomworld.org/episode/bishop-alan-mcguckians-unexpected-call-to-god