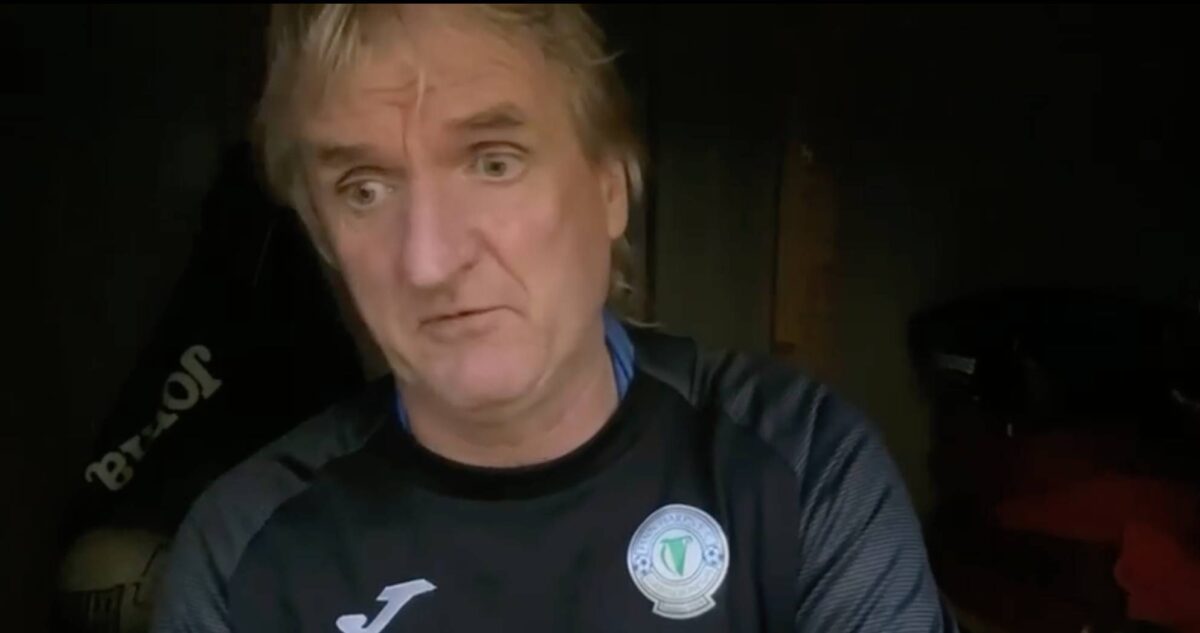 Ollie Horgan was happy to give the Finn Park faithful something to shout about as Finn Harps salvaged a draw against St. Patrick’s Athletic.

A Billy King brace looked like it was game over but in the 88th minute José Carrillo got one back for the hosts and Ethan Boyle got the all important equaliser with a header after a Regan Donelon corner.

GET UP BIG FELLA 💪💪 pic.twitter.com/wFUtqdKpHY

Horgan said: “I’m delighted for them (the supporters) more than anyone that we got something out of it cause they stayed to the bitter end.

“We were two down and completely outplayed and nobody turned on any player, they backed them to a hilt and I’m glad that the lads were able to give them something back.”

Watch the full interview below as Charlie Collins spoke with Ollie after the game: