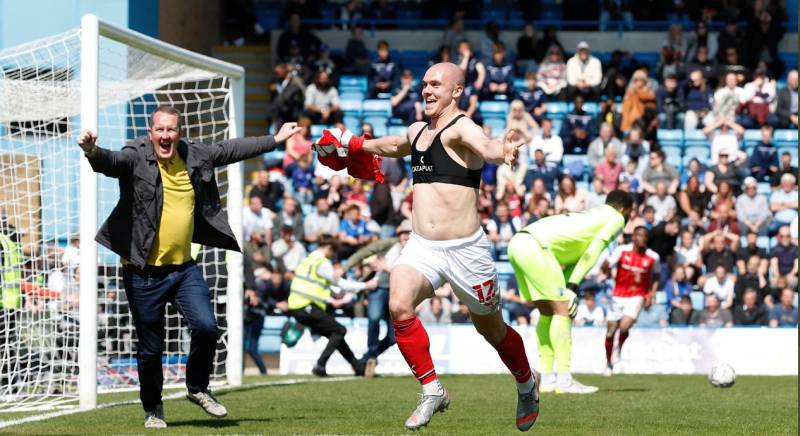 Georgie Kelly didn’t have much chance to make an impact at Rotherham United this season, but he made the most of it when he was called upon.

After suffering an injury quickly after signing, the Tooban man only made his debut in the 80th minute of the final day of the season, but scored the vital goal to secure promotion for the Yorkshire club.

And he has since become somewhat of a cult hero after scoring the goal that confirmed their return to the Championship, so much so that one massive fan penned a song dedicated to the striker’s goal.

The Tony Towner Trio sings about ‘an Irishman who came from Donegal’ in his celebratory song of the 2-0 win over Gillingham at Priestfield.

“He came on as a sub and smashed one home, and now the 30th of April, St. Georgie’s Day will be forever known.”

Something for all Millers fans.https://t.co/K7CqVG5Ti2