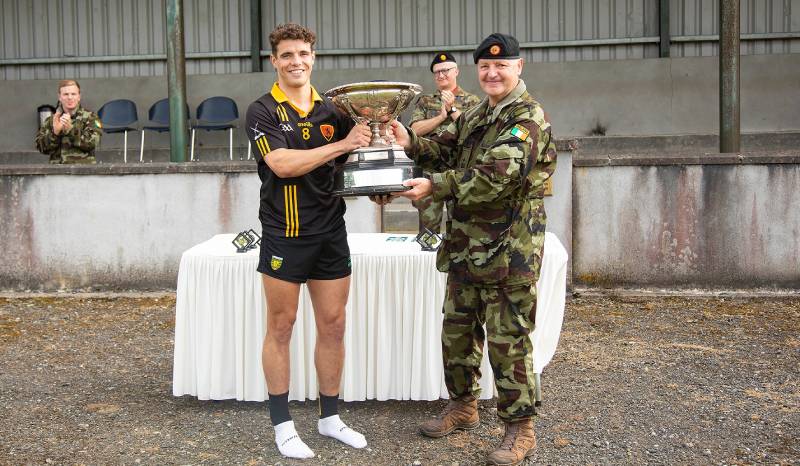 A heavy Donegal contingent featured as the 28th Infantry Battalion won in extra-time to win the 2022 DF Medical Services Gaelic Football final in the Curragh.

The Finner Camp side lined up against 2 Brigade HQ team in this eagerly anticipated & very tight match, with 28th Infantry Battalion winning on a score line of 1-13 to 1-08 after extra time. 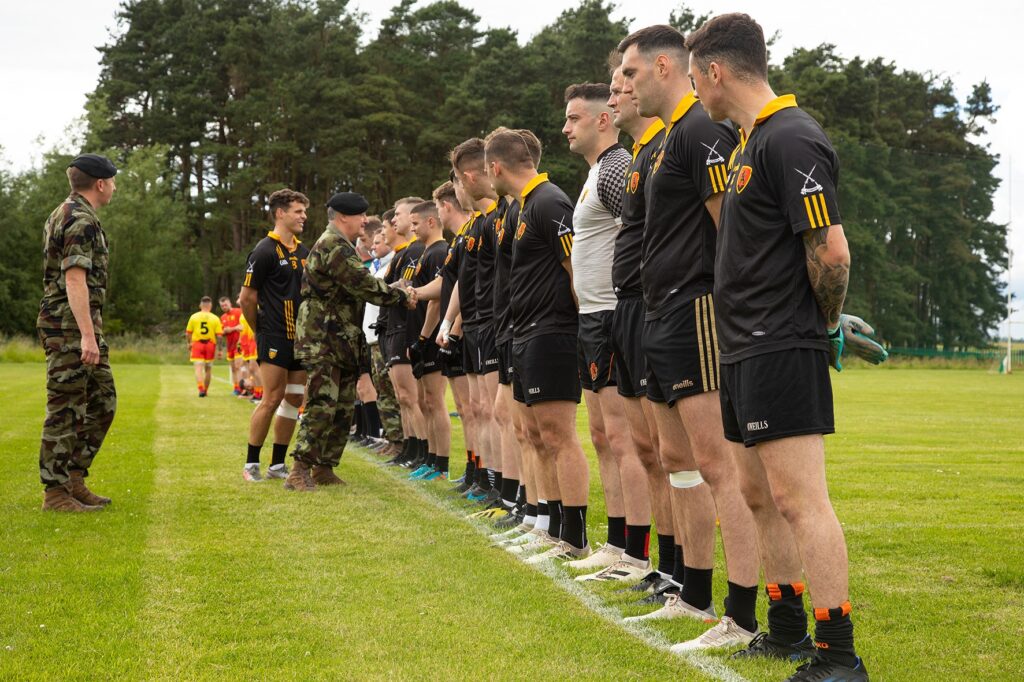 It was the first title for the side, in their 5th attempt at winning the final.

Captain of the Donegal based side was Gaoth Dobhair man Ódhran McFadden-Ferry, while Naomh Conaill man Odhran Doherty was named man of the match, scoring two points his teammate Jason Campbell lined out at full-back. 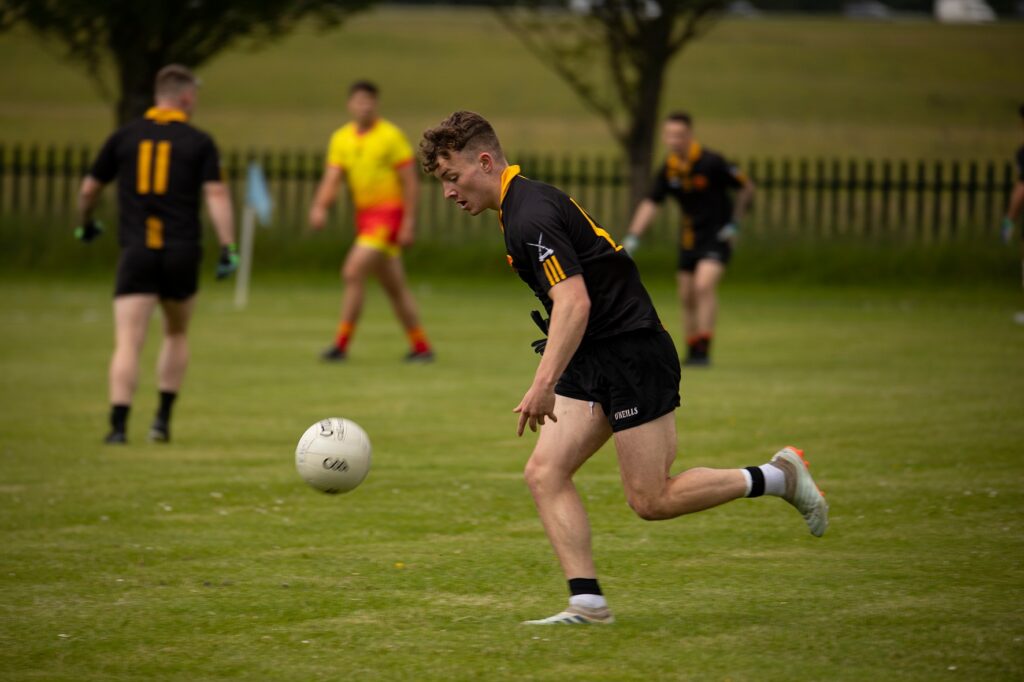 Glenfin’s Andrew Walsh was in goals, with fellow club mate John Harkin at corner back, and Jimmy Coyle from Gaeil Fhánada was at full-back. 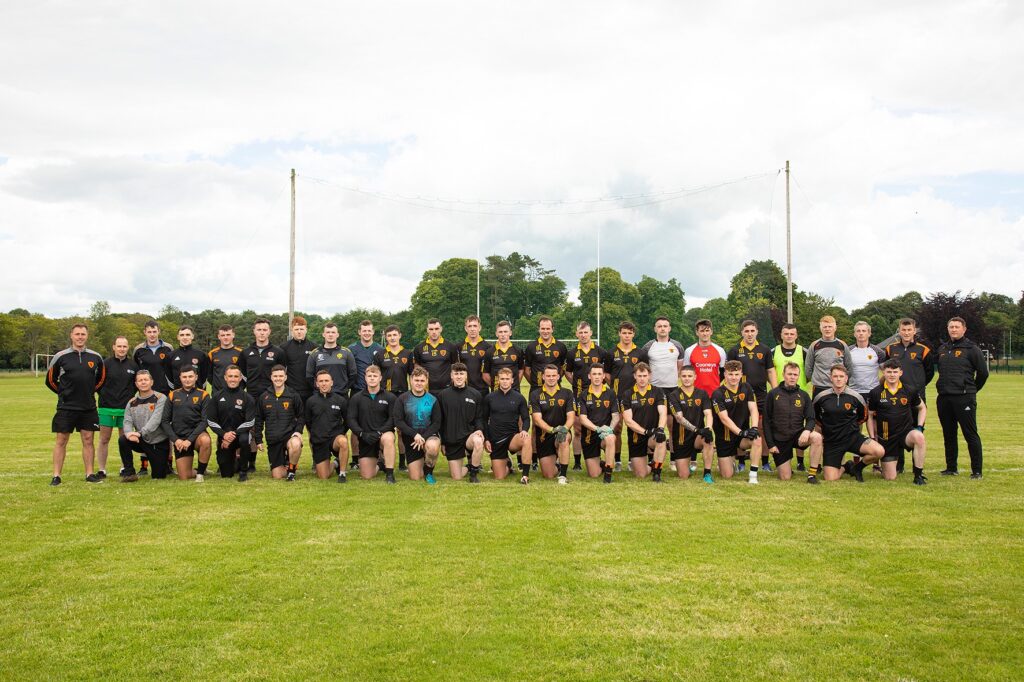 Bundoran’s Johnny Boyle featured in the half-back line, while Glenswilly’s Ryan Diver came off the bench.

MacCumhaills Archie McLaughlin was joint-manager and the side was coached by Naomh Colmcille clubman Ryan McKinley.