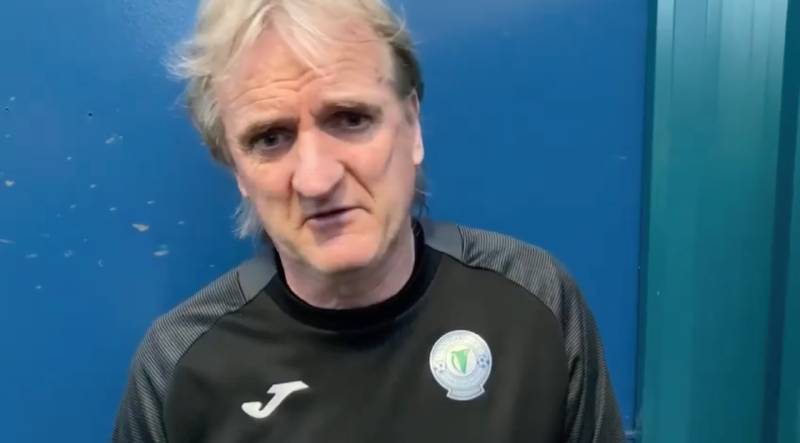 Ollie Horgan believes that the Finn Harps chances would have gone in last week as they lost 1-0 to Shamrock Rovers at Finn Park.

The Harps manager told Charlie Collins that the set piece chances that fell their way tonight didn’t have the desired luck as they did last week when coming from 2-0 behind against St. Patrick’s Athletic to draw 2-2.

And Horgan was disappointed with the manner in which they conceded tonight.

Horgan said: “I thought we were comfortable in the area that we didn’t concede too many chances but we gave away a poor goal on the stroke of half-time and it changed the complexion of it.

“We huffed and puffed with a bit of set pieces and long throws.

“Last week they’d have gone in, this week they didn’t, losing to Shamrock Rovers is still another game gone in a bid to try to stay in this division.”